​We Sing Their Songs

Musicians of African descent are often heard in our churches and concert halls. 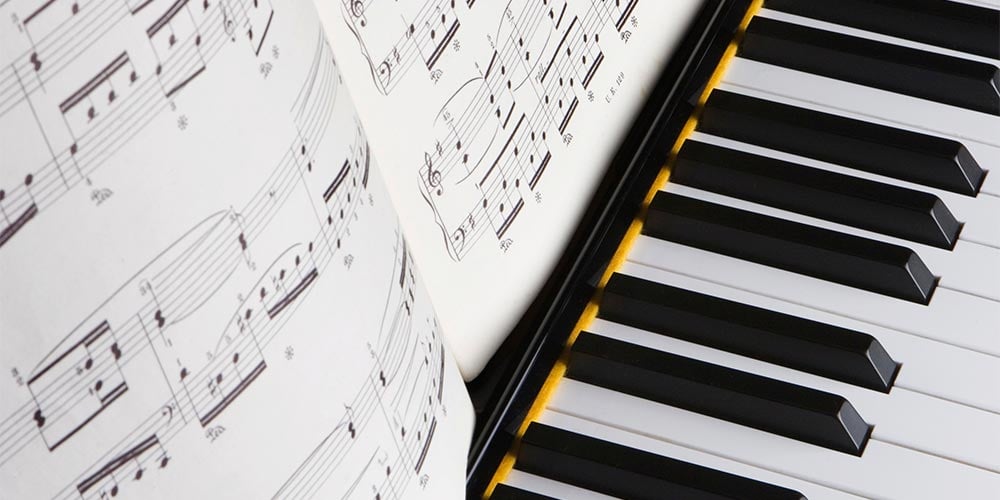 Who are the best-known African American voices in Adventist church music?

Some may answer with selections from among today’s well-known songsters: Wintley Phipps, Charles Haugabrooks, the Aeolians. But there is also a good case to be made for names not so well known, their music sung by saints from week to week and year to year in a thousand congregations across the breadth of our world church: “This Little Light of Mine,” “Nothing Between My Soul and the Savior,” “Go, Tell It on the Mountain,” “Give Me Jesus.” Isn’t it worth our while to remember who these individuals are? Their contributions to the spiritual growth and grounding of generations of Adventists and other Christians deserve more than the casual rendition of their songs. These composers and arrangers deserve our intelligent appreciation.

Charles Lee Brooks (1923-1989), born in Wilson, North Carolina, and raised in Baltimore, Maryland, began singing at age 4. Though keenly interested in classical music, Brooks is best remembered by Adventists as a singer in evangelistic meetings. As a personal memory, I was fortunate to serve as his teenaged accompanist during a memorable evangelistic series by E. E. Cleveland labeled the “Trinidad Triumph.” Later, as an associate in the General Conference Secretariat, Brooks established the Office of Church Music and became its chair. He served as chair of the Church Hymnal Committee.

To Allen William Foster, pianist, organist, composer, teacher, and church musician, we owe three of The Seventh-day Adventist Hymnal’s songs—203, 298, and 417—as well as the arrangement of 151. A native of New Jersey, Foster studied piano at the Philadelphia Conservatory of Music with Jon Carlin, and organ with W. Franklin Hoxter. He and Gwendolyn, his wife, led the Pine Forge Academy Choir as the official choir for the Pan-American Youth Congress in 1984. Like Charles L. Brooks, Foster was the evangelist’s songster, working alongside such readily recognizable names as E. E. Cleveland, Charles D. Brooks, and Neal C. Wilson.

Harry (Henry) Thacker Burleigh (1866-1949) was a professional baritone, composer, and arranger. He was the first Black composer to develop characteristically Black American music, and helped make it available to classically trained artists. Burleigh was known worldwide for his singing and influenced the Czech composer Dvorak. In the late 1890s Burleigh began to publish his own arrangements of spirituals and songs, eventually composing more than 300 pieces. One of his arrangements is the hymn tune McKee, used with John Oxenham’s hymn “In Christ There Is No East nor West,” and in The Seventh-day Adventist Hymnal with the hymn “How Lovely Is Thy Dwelling Place” (62).

John Wesley Work, Jr. (1871-1925), and his son John Wesley Work III (1901-1967) both made major contributions to various African American genres of religious music. The elder Work spearheaded the movement to preserve, study, and perform Negro spirituals. With the help of his brother, Frederick Jerome Work, he collected, harmonized, and published a number of collections of slave songs and spirituals. In 1915 Work published Folk Song of the American Negro. As composer, historian, and educator, his son was a highly respected authority on Black American music, whose more famous contributions include the composition “My Lord, What a Morning,” and an arrangement of “Go, Tell It on The Mountain” (121 in The Seventh-day Adventist Hymnal).

This Marylander, son of a slave father and free mother, was known for his booming voice and talent for songs. Tindley pastored the Bainbridge church, a mixed race congregation that grew to about 10,000 members under his leadership, swelling to 12,500 at the time of his death. His “I’ll Overcome Someday,” one of his 47 songs currently included in Christian hymnbooks, is the basis for the American civil rights anthem “We Shall Overcome.” “Nothing Between My Soul and the Savior” (322 in The Seventh-day Adventist Hymnal) is also a product of his hand.

Born to a Jewish father and Creole mother in New Orleans, Louis Moreau Gottschalk (1829-1869) early absorbed the influence of Creole music. A child prodigy on the piano, he studied at the Paris Conservatory. The hymn “Holy Spirit, Light Divine,” 268 in The Seventh-day Adventist Hymnal, comes from a large piano work called “The Last Hope,” written for an elderly woman he felt impressed to visit, only to see the hearse moving away from her house as he approached.

Eleanor Crews Wright (1926-1992) was a prolific gospel music writer, singer, pianist, and arranger, and one of the trailblazers in making gospel music of the Black experience a part of Seventh-day Adventist worship. She composed more than 400 pieces: hymns (including “Surely, Surely,” 688 in The Seventh-day Adventist Hymnal), anthems, children’s and wedding songs. She also wrote and illustrated the Keyboard Cousins Method for teaching piano to kids.

Eurydice Valenis Osterman is professor of music and a former chair of the Department of Music at Oakwood University. She has penned numerous articles for Adventist magazines and is author of two books, What God Says About Music and Worship: From Praise Him to Praise Hymn. She has served on General Conference music committees, and worked on the youth hymnal. Osterman is responsible for arranging the spiritual “I Want Jesus to Walk With Me” (624 in The Seventh-day Adventist Hymnal).

Coda: This list of names is significantly more than a few grace notes to the melody of Christian church music, Adventist or otherwise. Hearing the voices here identified has made the melody of our worship the more compelling and its harmonies all the richer, helping us to approach more nearly to heaven’s intricately integrated harmonies, and preparing us for the “loftier worship” of the church above.*

Nevilla E. Ottley-Adjahoe produced the radio program Classics of Ebony on 91.9 WGTS-FM, based on the campus of Washington Adventist University, from 1976 to 1997.