​Too Good to Be True

Do we understand God’s grace? Or are we scandalized by it? 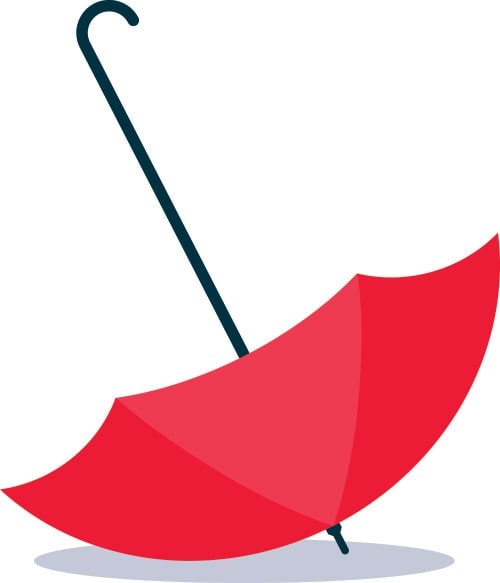 I clearly remember the overpowering sense of relief and release I felt when I heard the words that meant everything in that moment: I forgive you; hey, you’re my buddy! I had messed up big-time in a relationship with a close friend. We all do sometimes. I had wished that I could, miraculously, take back my hurtful words. But words cannot be unspoken—at least not by this mortal being. I had longed for a restored relationship—and I had been given something even better.

Our friendship grew deeper than before. A new dimension had been added. Mysteriously, forgiveness helps us all to grow and reach new heights. That’s why we often struggle to grasp (and trust) the breadth, width, height, and depth of God’s grace. His compassion is beyond human imagination and calculation.

We know Jonah’s story. He is a household name in at least three monotheistic faiths. The runaway prophet, saved by a big fish, is a mainstay of illustrators and children’s book authors. As a bona fide prophet, he had spoken on God’s behalf in the past (see 2 Kings 14:25). Jonah wasn’t one of the many false prophets hanging around the royal court in Samaria. He was the real deal.

When God spoke to him this time, however, he started to run in the opposite direction. A month-long dangerous maritime journey to Tarshish on the other side of the Mediterranean sounded more attractive than God’s impossible mission to Nineveh.

We get it now. Right from the beginning Jonah’s problem was theological.

Jonah knew about the Assyrians. They were a cruel and merciless bunch. Historical and archaeological records document the brutality of the Neo-Assyrian overlords who dominated the ancient Near East during the eighth century B.C., the time that Jonah ministered in Israel. Why would God send me to Nineveh? Why would He have a special message for these brutes? I imagine Jonah asking himself.

Jonah started running and kept going until he finally rested in the belly of a ship bound for Tarshish. Did he say goodbye to friends and family? Sea journeys were extremely dangerous in his time. Would he ever see them again? Did he pack an adequate supply of clothing and food for such a journey? The biblical text is silent about such mundane questions and just communicates the staccato of running feet, desperately trying to get away from God.

A mighty storm disrupts Jonah’s plans. After the lot cast by the ship’s crew has fallen on the silent passenger, questions hit him like the rain and winds that mercilessly pelt the ship. “Tell us, who is responsible for making all this trouble for us? What kind of work do you do? Where do you come from? What is your country? From what people are you?” (Jonah 1:8).

What an opportunity to share about the Creator God who controls wind and weather, and tell of His concern for people, cities, and even animals. Jonah’s reply, however, sounds rather memorized and monotonous: “I am a Hebrew and I worship the Lord, the God of heaven, who made the sea and the dry land” (verse 9). Jonah got his theological facts right, but had the facts really penetrated his heart?

Jonah’s problem wasn’t fear. Following the sailors’ question “What have you done?” (verse 10), he offers a radical solution: Just throw me overboard if you want to survive (see verse 12).

The sailors hesitate; they try harder; they pray; then they throw Jonah into a roaring caldron of foaming water. Suddenly, everything becomes quiet. Exhausted men, water dripping from their ragged clothing, fall on their knees and pray.

God intervenes miraculously and uses a great fish to save Jonah, who finds himself in a forced three-day rest in the stomach of the big fish. His heartfelt prayer documents his recognition that “salvation comes from the Lord” (Jonah 2:9).

Jonah gets it, it seems. Jonah has finally experienced God’s grace. When he hears God’s word again, he is ready to get up and travel to Nineveh. We know nothing about the journey—weeks filled with searching for appropriate sermon illustrations and fitting ways to make relevant calls. We are in for a bit of a surprise, though, as we listen to his proclamation while he crosses the city: “Forty more days, and Nineveh will be overthrown” (Jonah 3:4). No illustrations, no stories to tug on the heartstrings of his audience—instead, an unambiguous judgment message. God is on the move, he is saying, and I am looking forward to watching Him do His thing.

Nineveh, that evil city full of abusers, murderers, and idol worshippers, surprises even Jonah. The message falls on receptive ears, and the people of Nineveh, collectively, believe Jonah’s message of impending destruction. In typical Near Eastern style, a decree is issued by Nineveh’s king to demonstrate a change of heart. Communal fasting and mourning and a king stepping down from his throne and sitting in the dust of the ground all speak a clear language. “Who knows? God may yet relent and with compassion turn from his fierce anger so that we will not perish” (verse 9 9).

I Told You So

God does—and Jonah’s unhappiness is palpable and offensively loud. This is wrong. This is not right. This is too much. “Isn’t this what I said, Lord, when I was still at home? That’s what I tried to forestall by fleeing to Tarshish,” Jonah prays. “I knew that you are a gracious and compassionate God, slow to anger and abounding in love, a God who relents from sending calamity” (Jonah 4:2).

As readers, we suddenly witness a window opening in the storyline that we haven’t yet seen. I told you so! is Jonah’s way of dealing with God’s compassion and grace. He partially prays back to God Exodus 34:6, 7—describing one of the key moments of God’s self-revelation to humanity when Moses hid in the cleft of the rock and God passed before him.

We get it now. Right from the beginning Jonah’s problem was theological. He had not been afraid of the Ninevites or scared for his life. Jonah had been worried that God would show—again—too much grace and that His compassion would win the day.

Jonah’s complaint has been echoed through the ages. Today we meet people who feel the need to highlight God’s wrath and judgment over against His compassion. They speak of “cheap grace”—and we wonder if there ever was a time in history where God’s grace was really cheap? They struggle, as we often do too, in finding the balance between God’s compassion and grace and His righteousness and holiness. Theologians have wrestled with this issue for centuries.

Jonah’s story may offer some help as we struggle to answer our question: “How much compassion is too much?”

First, God takes Jonah’s concern seriously and engages His prophet in a frank conversation. Instead of a well-argued presentation rooted in the Torah, however, God begins by asking questions. “Is it right for you to be angry?” (Jonah 4:4). Questions open the way for more conversation even when we begin to talk past each other.

Second, God offers an object lesson to His struggling prophet. By now we understand that Nineveh has long stopped being the focus of the conversation. A shade-giving plant grows overnight and enhances Jonah’s well-being as he waits for God to punish Nineveh. Jonah is delighted. Then God commands a worm to damage the plant, which withers away in hours. A hot east wind (also organized by God) does the rest. Jonah is ready (for the third time in this short book) to die (verse 8). God follows up with another question. “Is it right for you to be angr
y about the plant?” (verse 9).

Then He begins to unpack His view of reality leading us to our third point. God has compassion on Nineveh—and this world—because He is the Creator God. All human beings, and animals, are His by creation. He knows them intimately, and, like a Father or Mother, He loves them uncompromisingly. That’s why He’s pursuing not only the Ninevites in Jonah’s narrative, but more so His own prophet. And because all humanity is His by creation, He’s committed to also make them His by salvation (see John 3:16).

God saved Jonah as he was sinking into the depth of the ocean. He’s now saving Nineveh in response to their turning toward Him. What He really wants, however, is to save Jonah from his misconceptions and warped concepts about God’s character.

Understanding the balance between God’s compassion and grace and His justice and holiness can be difficult: the Fall has made us all unbalanced. Bible readers have long understood that the book of Jonah needs to be read with the later book of Nahum, which describes Nineveh’s ultimate fall more than a century later. The reach of God’s compassion and grace is ultimately limited by human choice. When we accept His compassionate grace, we become part of His kingdom and begin to live according to His values. When we reject His compassionate grace, we join the ranks of the accuser and emulate his pride and selfishness.

God’s final appeal to Jonah is not expressed in a summary statement or an authoritative pronouncement. The final question, left unanswered, must have lingered long in Jonah’s mind and ultimately reached his heart, for he left us a book describing his foolishness and impertinence as he sought to flee from the presence of the living God: “You have been concerned about this plant, though you did not tend it or make it grow. It sprang up overnight and died overnight. And should I not have concern for the great city of Nineveh, in which there are more than a hundred and twenty thousand people who cannot tell their right hand from their left—and also many animals?” (Jonah 4:9, 10).