This Is a Test

Check your answers by the book. 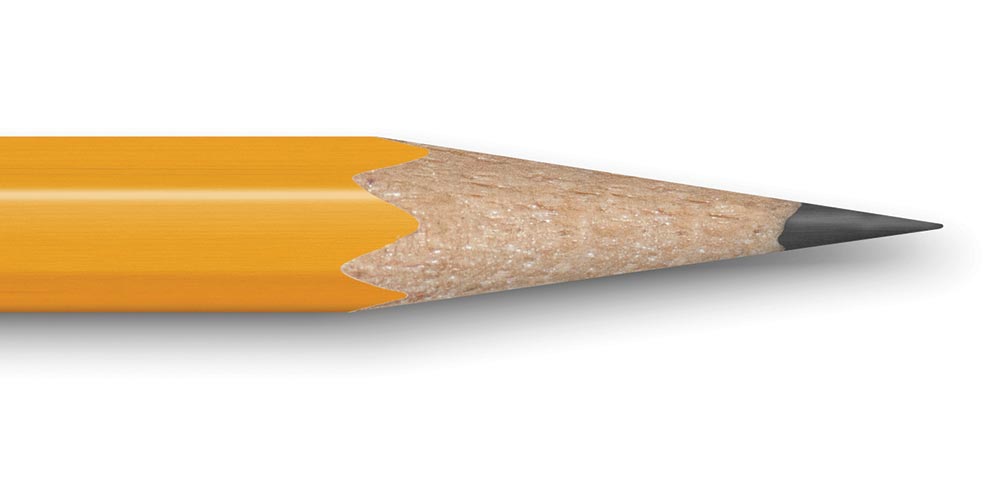 Most of us wouldn’t call ourselves theologians. We tend to reserve that term for those with advanced degrees and people who enjoy thinking deep thoughts.

Most of us, saints of the rank and file, are satisfied just making it through the day without losing our temper or blowing our diet. With all the balancing we do with our jobs, families, and volunteer activities, we don’t have time to consider the “godness” of God or to debate the finer points of theology, the study of God. We leave that to the professionals, the theologians.

Truth is, we’re all theologians; we just don’t call ourselves that. But if we call ourselves Christians, we’re saying in some form or fashion: This is what God is like. And that requires at least a basic understanding of “practical theology” (as they call it at the seminary), even if we wouldn’t call it that.

So what kind of God is reflected in our everyday lives?

Some years ago I worshipped at a church where one of the kids had managed to remove one of those little rubber inserts that cushion the Communion glasses in those holders fastened to the back of the pew. The kid, finding himself unable to squeeze the little rubber thing-a-ma-jig back into the hole, turned to an adult, a deacon, for help.

“I told him, ‘You took it out; you put it back,’ ” the deacon boasted to me. Implication: If you get in a jam, don’t expect God to bail you out, especially if you did it yourself. Too many Christians see their relationship with God as some kind of cause and effect: Things going wrong in your life indicate God’s displeasure. When things go well, God is pleased.

That attitude should have died with the disciples, who asked Jesus, “Rabbi, who sinned, this man or his parents, that he was born blind?” (John 9:2).

Jesus’ answer—“This happened so that the works of God might be displayed in him” (verse 3)—indicates that we, God’s followers, are responsible for taking even bad situations and making them better, as Jesus did. The deacon, having an opportunity to set things right, should have helped the little guy make things right, especially at church.

B • God Loves Me When I Overcome Temptation

I grew up where some of the Adventists I knew had an unhealthy obsession with living without sin. They had the notion that they were capable of achieving through their efforts a kind of sinless state, thus pleasing God. Their preoccupation with sinlessness placed a burden on them, and on everyone who came into their orbit.

As I grew older, I understood that while “the wages of sin is death,” that death sentence comes with a remarkable promise for those who accept Jesus as their Savior: “but the gift of God is eternal life in Christ Jesus our Lord” (Rom. 6:23). Salvation isn’t something we earn—it’s something we are given. “By grace you have been saved, through faith—and this is not from yourselves, it is the gift of God—not by works, so that no one can boast” (Eph. 2:8, 9).

God isn’t waiting to love us sometime in the future; He loves us now. Our challenge is to reflect that love to those around us, especially those we find difficult to love.

C • God Doesn’t Love Me, nor Does He Care

Without a doubt the world is becoming more divided, more violent, more chaotic, than at any time in recent history. And while we watch social norms disintegrate, it’s tempting to believe that God is uninterested in what we’re going through, that He isn’t paying attention.

That’s been God’s problem since sin entered the world: how to demonstrate His character of love, mercy, and justice without being overbearing and still allowing His creatures to make their own decisions.

Throughout the Old Testament God communicated to His friends through dreams, visions, and impressions. When the Israelites were on their way to the Promised Land, God “tabernacled” with them in the wilderness, directing them with a pillar of fire by night and a pillar of cloud by day whether to leave or whether to stay.

Then, to bring it even closer to home, God became a man, demonstrating in flesh and blood, bones and muscle, what God is like. Jesus spent most of His time with people who seemed unlikely recipients of God’s favor: those who were poor, those who suffered disabilities, those who were castigated by religious leaders. His message to all of them was the same: “Anyone who has seen me has seen the Father” (John 14:9).

That remains our challenge. How can people believe in a God who cares? By demonstrating His concern on His behalf. As we read the Bible, we see that Christ placed a premium on acting, not just believing. Countless opportunities exist in our communities to demonstrate Christian concern. They’re already there; we don’t have to reinvent the wheel. All we have to do is ask, “How can I help?”

D • God Loves Me All the Time

We may not call ourselves theologians, but we do call ourselves Christians. And for that reason we owe it to our families, friends, work associates, neighbors, and fellow pilgrims on this planet called earth to reflect a true and correct picture of God.

That doesn’t mean that we won’t sometimes mess up or that we can perfectly reflect in our lives the fullness of God’s character. But it does mean that we have a mandate: to read the Bible and reflect well—in word and deed—what makes Christianity attractive, and why people would want to spend eternity with this One we call “Our Father in heaven” (Matt. 6:9).

What we have to avoid is coming across as the only ones who know God or whose view of Him is altogether correct. In the Old Testament book of Job the main character in the story suffers unimaginable grief and heartache. Fortunately (or not), Job had several friends to help him make sense out of the horrific circumstances that had befallen him.

In chapter after chapter Job’s friends rebuke and remonstrate with him, urging him to repent and admit that he was punished for a purpose. But at the end of the story God tells Eliphaz the Temanite, “I am angry with you and your two friends, because you have not spoken the truth about me” (Job 42:7).

That was the challenge then, and it continues to challenge us now: to let our words and actions tell the truth about God.

We can do that, even if we don’t call ourselves theologians.