When customs and law trumped compassion. 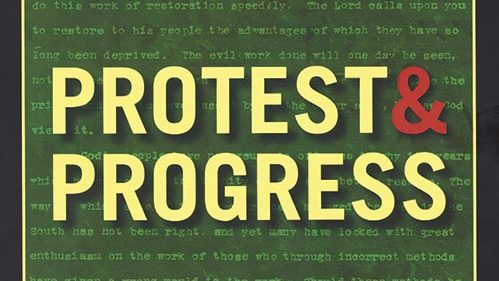 Few stories in the past century have been more pivotal to the way that Seventh-day Adventists talk and think about issues of race and inclusivity than that of Lucille Byard, an African American woman, who in 1943 was not allowed standard medical care at Washington Sanitarium and Hospital (now Adventist HealthCare Washington Adventist Hospital) and later died at Freedman’s Hospital in Washington, D.C.

Many versions of that story have appeared in church periodicals in recent decades, including Message, North American Regional Voice, Ministry, and most recently, a major feature in the March 2019 Columbia UnionVisitor. Prominent Adventist authors, including Delbert Baker, William Johnsson, Leslie Pollard, Louis Reynolds, Bryan Strayer, and Carlos Medley have shared the difficult story in brief or in full, based on evidence available to them.

At least five tellings of Lucille Byard’s story have appeared in this magazine, including a 2009 article by historian Benjamin Baker, whose persistent work on this defining narrative has provided a fuller, and in some ways corrective understanding of the difficult dynamics involved. His research provided important source material for Dr. Calvin Rock’s 2018 book, Protest & Progress: Black Seventh-day Adventist Leadership and the Push for Parity (excerpted here pp. 42-45), and undergirded recent materials in the Columbia Union Visitor (March 2019).

Rock, now retired, is a former president of Oakwood University and general vice president of the church’s General Conference. We reprint here his account of Lucille Byard’s story as a tribute to the woman whose unfair treatment spurred the Seventh-day Adventist Church in North America to structural change, and to the courage that Rock and dozens of African American Adventist leaders have demonstrated in moving the faith they love to greater inclusiveness, justice, and participation.—Bill Knott, Executive Editor

Lucille Byard (1877-1943), a 66-year-old Black Seventh-day Adventist woman residing in Jamaica, Long Island, New York, had developed liver cancer with a chronic case of cachexia (“the wasting syndrome”) by the summer of 1943. She and her husband James wanted her to be treated in an Adventist facility for obvious reasons, and were impressed that the Washington Sanitarium and Hospital in Takoma Park, Maryland, was the best option. The Byards asked Jeter E. Cox, Sr. (1885-1961), Black pastor of the nearby Bethel Seventh-day Adventist Church in Brooklyn and former employee of the Columbia Union (where the Sanitarium was located), to write a letter of introduction to the Washington Sanitarium, arranging for Lucy Byard to be admitted there. Cox agreed, making arrangements and confirming with the Sanitarium that Byard would be admitted on September 21,1943.

The Byards apparently could not afford the expenses, and so the Bethel church assumed her medical bills. Most significantly, the staff of the Sanitarium did not know that Byard was Black when they confirmed her admission to their facility.

It is important to note that in 1943 the Washington Sanitarium was just that, a sanitarium. In the early 1940s the Sanitarium was moving more toward the acute care hospital model instead of the traditional Battle Creek lifestyle and retreat center. However, it still adopted a more holistic approach to health and wellness, with a central social component. Sanitarium patients would socialize together indoors in the dining room and other meetings, and out of doors on the sanitarium grounds in the seasons when the weather was pleasant, all as part of their treatment. Because of this social aspect, the Sanitarium did not admit Blacks in 1943, although earlier it had, on rare occasions, admitted them to an isolated section of the facility to be treated by physicians during off-hours.

There are two extant accounts of  what occurred when the Byards arrived at the Washington Sanitarium on that fateful day—one  from James Byard and the other  from Robert Hare  (1890-1965), the medical director of the sanitarium. Byard wrote the  following to G. E. Peters, then secretary of the Colored Department, six days after the episode. “We, after much effort, arrived in Washington by rail and went directly to the Sanitarium.  I went to the office and informed them that I was Mr. James Byard, of Jamaica, Long Island, and that Elder Cox had made reservations for my sick wife. The attendant acknowledged my reservation, went out and spoke to my wife, and proceeded upstairs. He returned shortly and called me into the office, and told me that he regretted to say this, but it was against the law of the State of Maryland to admit colored people into the Sanitarium.

“I, of course, was stunned, for my wife had been looking forward with much anticipation to going to this particular Sanitarium, because she felt that she would be among her own people. There would be an understanding among them that she could not expect  in an outside hospital. In fact her hopes were so high that her health was much better than it had been for days, and she even suffered the tiresome and painful train ride because of the expected destination. I warned the attendant of my wife’s condition, and reminded him that she needed immediate attention; also that I was not acquainted with any hospital in Washington, D.C., hoping that he might examine her and find out her critical state, but to no avail. I was utterly confused and tried to get in touch with you, but was unsuccessful. The attendant recommended me to Freedman’s Hospital, and assured me that she would be accepted there. He called a taxi, told the driver the hospital to take us to, and my wife and I were driven away.”1

Robert Hare’s account to GC president McElhany, and treasurer and Washington Sanitarium Board chair W. E. Nelson  (1883-1953), on November  15, 1943—after the episode had created an uproar in the Black Adventist community—was somewhat different:

“On September 27, a telegram was received at 11:00 P.M., stating that Mrs. Byard would arrive on the 7:05 train Wednesday morning—Elder Cox asking that she be met. As we do not have special means of meeting patients they took a taxicab and arrived at the Sanitarium between 9:00 and 10:00.

“Mr. Baker called me immediately and told me of the fact that Mrs. Byard was a colored person. In view of the fact that we had carried on our correspondence, not knowing that she was colored, I advised that we receive her into the institution giving her a private room and arrange for her meals to be sent on trays, and plan for her examination and diagnosis by our physicians in off hours, hoping that Mrs. Byard would see the fairness of this in view of our misunderstanding and the social sentiment that exists in Maryland. As an alternative Mr. Baker and I suggested the idea that she might go to Freedman’s Hospital in Washington and have diagnostic work done which she desired. I did not come to the office to meet Mrs. Byard at the time, feeling that in all probability she would elect to take the private room. When I finished my rounds I came back to my office and inquired what she had decided to do. I learned then that she and her husband had refused to accept our offer of a private room and had gone to Freedman’s Hospital.”2

There was an immediate uproar in the Black Adventist community over the egregious episode even before Byard’s death. Indignant Black laypersons ignored all lines of communication and expressed their displeasure to the highest church official: GC president J. L. McElhany. First Jamaica Seventh-day Adventist church, Byard’s home congregation, wrote a letter to McElhany on October 25, signed by sixteen members, including James Byard, five days before Byard’s death:

“We, the membere [sic] of the First Jamaica S.D.A. church of Jamaica, Long Island, who are acquainted with the way sister Byard was treated at the Washington Sanitarium, do hereby resent such treatments which was [sic] shown our beloved sick sister.

“We would like to make the following suggestions to you, as our leader and representative who made contact for her going there; It seems that since they were expecting her down as a patient, knowing she was a SEVENTH DAY [sic] ADVENTIST and after seeing her condition on arrival there (VERY ILL, AN AGED WOMAN AND WEARY FROM TRAVEL ING) [sic] Regardless to any thing else we feel that she should have been accepted in said institution. But by being inhumanly turned away and in no condition to travel back to New York had to seek immediate medical attention in a worldly institution.

“This of course is a disadvantage to her husband and loved ones unnessarily [sic]. Realizing there are many good worldly institutions here in our own community, WE FEEL THAT ALL UNNECESSARY EXPENSE SHOULD BE CHARGED TO THIS INST’ITUTION AND A BIIL OF SAME PRESENTED TO THEM. TO BE PAID ON DEMAND.

“If not paid immediately, action should be taken in the form of a lawsuit for damages.”4

Never before had Black laypeople threatened a sitting General Conference president with a lawsuit against one of the church’s institutions. Two days before Christmas, the Sharon Seventh-day Adventist Church, a congregation  in Byard’s home borough of Jamaica, Long Island, sent a  written protest to McElhany on December 23,1943:

“We, the undersigned members of the Sharon S.D.A. Seventh-day Adventist church, hereby protest the treatment that was shown our late beloved sister Lucy Byard of the Jamaica S.D.A. Church of Jamaica, New York, at the Washington Sanitarium September 22, 1943.

“We as a people are standing for better treatment and conditions for Colored Seventh-Day  Adventist [sic] throughout this last warning message to a prejudice, wicked and dying world.”5

Not sensing the  magnitude of the  Byard infraction, on Sabbath morning, October 16,  just weeks after Byard was turned away from the Washington Sanitarium, GC vice president and president of  the North American Division W. G.  Turner (1885-1978),  who was White, delivered  the sermon at Ephesus Seventh-day Adventist Church, the largest Black congregation in  the Washington, D.C., area. His  text was from 1 Peter 4:12, 13: “Beloved, think it not strange concerning the fiery trial which is to try you, as though some strange thing happened to you; but rejoice to the extent that you partake of Christ’s sufferings.”  Turner had—in the words  of Jacob Justiss, who later became pastor of  Ephesus—“hardly sat down” when, incensed by Turner’s temerity, James O.  Montgomery went to the front and said:

“Yes, I think it very strange that there is an Adventist college [Washington Missionary College, now Washington Adventist University] nearby to which I cannot send my children. Yes, I think it is strange! A denominational cafeteria in which I cannot be served, and now this incident—I think  it mighty strange! I am not prepared to hear you say ‘Servants obey your masters,’ meaning the General Conference our master.”6

The unfortunate circumstances of Byard’s death, the misplaced emphasis of Pastor Turner’s attempt at damage control, and the activism of Black New York and D.C. laypeople evoked a new level of Black Adventist protest intensity throughout the country.