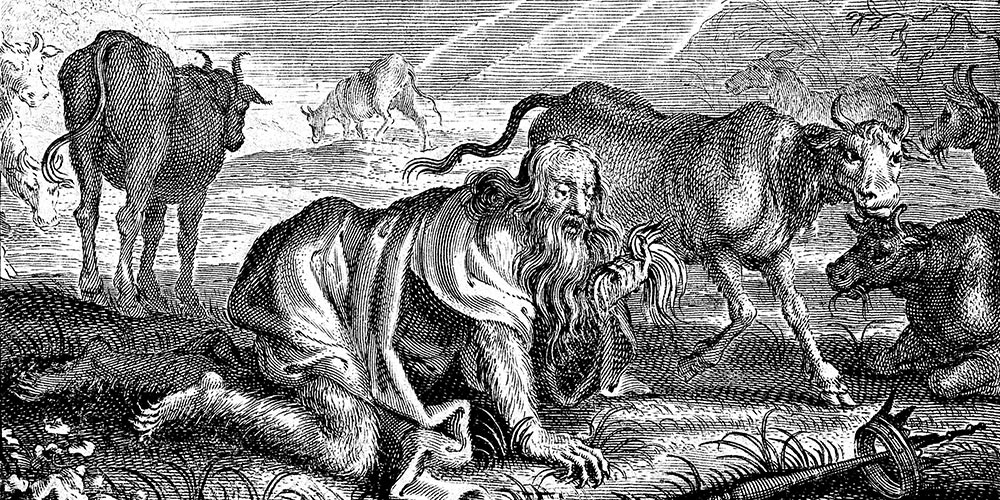 God had done everything possible to bring His strayed people back to Him. Judah had consistently repelled and ridiculed His messages, and mocked, scoffed at, and tortured His prophets. Prophet Habakkuk could not stand it. The situation was beyond remedy (2 Chron. 36:15-17). He pleaded with God to do something to stop the corruption (Hab. 1:2-4). So God let him know that He had hired bitter, brutal Babylonians to teach His people the necessary lesson (verses 6, 7). Habakkuk couldn’t stand that either: Judah was God’s people; the Babylonians clearly were not. Habakkuk could not imagine what good God could be after.

God clearly knew who the Babylonians were. He described them as bitter, furious, grabbers, terrible, and fearful; proud and distorted in their view of justice (verse 7). With no cushion for compassion in their emotions, they were the reigning masters of marauding and violence in their time (verse 9). However unfair it seemed to Judah and to Habakkuk, God had simply handpicked wicked Babylonians to chastise apostate Judah. He would let wicked people deal with other wicked people. God and Habakkuk both knew that Babylon’s cruelty to Judah would exceed any bounds of reason or humaneness (verses 14-17).

Theodicy seekers—people concerned about the justice of God—still struggle today over scenarios of apparently unrestrained brutality in our world. What are we supposed to learn from these displays of evil that might build our relationship with God? The Habakkuk scenario evidently involves something beyond Judah’s punishment for doing ill: it involves the tyranny of the wicked unleashed in the name of God.

Now, answering God’s call and doing God’s work is no inconsequential matter. Workers for God need and display many virtues, including commitment, faithfulness, dedication, devotion, and awareness of their appointment. They do not all equally shine, whether in their genius or their faithfulness. What is highly significant is how God ever reaches out to flawed humans, commissioning them to do His work. Perhaps His using Nebuchadnezzar is not as remarkable as might at first appear.

In the course of his duties as God’s destroyer Nebuchadnezzar developed an association with Hebrew youths Daniel, Hananiah, Mishael, and Azariah (Dan. 1:6). His selection of these Judeans began his explicit orientation about the most high God (Dan. 1-4). Without validating Babylonian brutality, the sequence of events shows how God gives opportunities for knowing Him better to those who serve Him. Nebuchadnezzar’s interaction with these youth led him to acknowledge the supremacy of their God (Dan. 3:28, 29); it moved him to confess Daniel’s God as “God of gods, the Lord of kings” (Dan. 2:47).

Faith in providence still strives with human pride that would ascribe superiority to people simply because they possess power.

In spite of this, no documentation has ever been encountered in recovered Neo-Babylonian records of Nebuchadnezzar mentioning anything about the God of the Hebrews. Recovered inscriptions ascribed to Nebuchadnezzar give no hint of any awareness on his part of the God of Daniel and his friends.

On the contrary, ruins of the ziggurat at Borsippa disclose duplicate clay cylinders with an inscription attesting Nebuchadnezzar as servant to multiple other gods. The inscription is true to the biblical depiction of Nebuchadnezzar’s pride and glory of which Daniel severely warned. That pride would ultimately drive him from regal pomp to grazing like cattle until he learned humility before the King of kings (Dan. 4:25). The inscription reads in part: “Nebuchadnezzar, king of Babylon, the loyal shepherd, the one permanently selected by Marduk, the exalted ruler, the one loved by Nabû, the wise expert who is attentive to the ways of the gods, the tireless governor, the caretaker of Esagil and Ezida, the foremost heir of Nabopolassar, king of Babylon, I, when Marduk, my great lord, duly created me to take care of him, Nabû, the administrator of the totality of heaven and the netherworld, put in my hands the just scepter.”1

Besides this glorification of his significance and person, several prayers by Nebuchadnezzar to different gods also survive. In one the king prays that Nabû “look joyfully [and] favorably upon my deeds and grant me as a gift a long life, satiety with extreme old age, stability of throne, long duration of reign, defeat of adversaries, [and] conquest of the land of the enemies.”2

According to Scripture it was Yahweh, the Lord and Creator of heaven and earth, not Nabû, beloved by Marduk, who gave Nebuchadnezzar the conquest of Judah (Dan. 1:1, 2), and lordship over the world as he knew it (Jer. 25:9, 15-26). However much Nebuchadnezzar might attribute his conquests to Shamash and Marduk,3 it was the God of heaven, not idol figments of Mesopotamian imagination, that ruled Nebuchadnezzar’s life and world, as surely as He does today. Political chaos, the horrors of terrorism and the destabilization of nations do not undo the truth that the Most High still rules in human affairs and gives power and authority to whom He wills, without regard to human evaluations of their importance (Dan. 4:17).

Faith in providence still strives with human pride that would ascribe superiority to people simply because they possess power. Rejecting that assumption of superiority and repudiating the stupidity of pride will let us learn from Nebuchadnezzar’s repentance and help to save us from our own fall (Prov. 16:18).

By commissioning Nebuchadnezzar to discipline disobedient Judah, God facilitated his acquaintance with individuals who taught him about God. As he interrogated the four Hebrews who rose to the top of his elite class he discovered the profit of keeping them closer to him (Dan. 1:19, 20); their consistent witness continued Nebuchadnezzar’s education about true religion and the God of heaven.

One wonders what more astonished the Chaldean monarch: that Daniel could explain the predictive value of his dream, or the fact that Daniel’s God could reveal to him the thoughts of the king (Dan. 2). Then there came the showdown with the three worthies on the plain of Dura (Dan. 3), again humbling the rage of the so-called caretaker of the god Nabû.

Finally, God returned to Nebuchadnezzar’s head with another dream, confounding again his incompetent heathen cohort, and revealing again His power to unravel mystery and resolve enigma (Dan. 4). The revelation did not come without urgent warning that the king turn from arrogance to compassion. God might in turn show him His compassion (verse 27).

But the mighty monarch did not easily yield. Power was too intoxicating and pride too fulfilling. Until the fateful day on which he strode back and forth in his royal palace gloating on his greatness, and a voice halted him (verses 29-31). Disorientation drove him into the forest that would be his home for seven years: he would feed on grass like cattle and be drenched with dew and rain until he came to acknowledge “that the Most High rules in the kingdom of men, and gives it to whomever He chooses” (verse 25).

Somehow, in the mysterious providences of the God who has access to our head, the king got it. God got through: O the depth of His riches of wisdom; how unfathomable are His ways (see Rom. 11:33)! God finally got through. Nebuchadnezzar woke up. And left us these last words: “Now I, Nebuchadnezzar, praise and extol and honor the King of heaven, all of whose works are truth, and His ways justice. And those who walk in pride He is able to put down” (Dan. 4:37).

Patrick Mazani works as a Seventh-day Adventist pastor in Indiana.