Testimony of a Stay-at-Home Mom & A Blueprint Helps 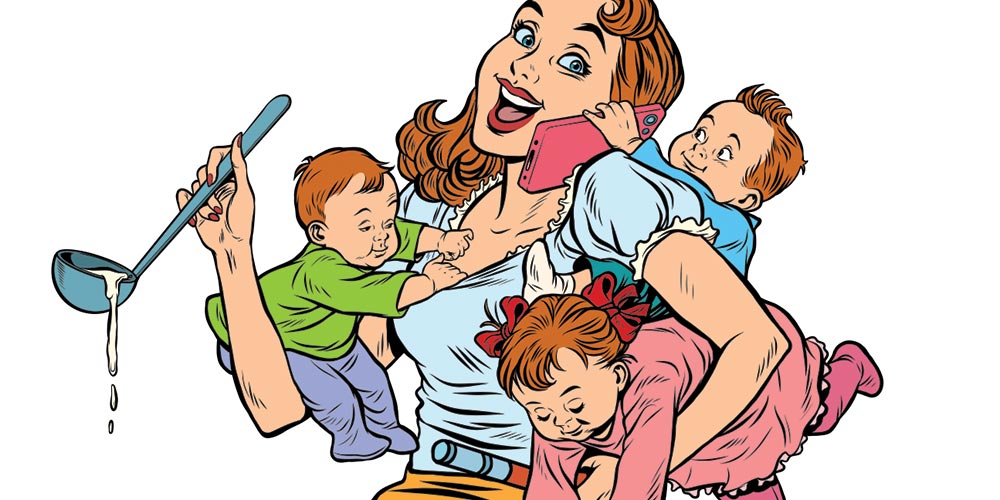 During premarital counseling our pastor asked, “How do you plan on raising your children?” I was shocked when I heard my lips answer that I’d prefer to be at home with them for three to five years. Was this the same career-driven woman who had spent years in school gathering the tools to ensure productivity and a steady paycheck? who had just landed a great job with a world of potential? My fiancé had just noted that he wanted to start a family in a year or two, and I had agreed. Through the lenses of love the future looked fluorescent, but how would we pay the electric bill to ensure the lights remained on?

A year into marital bliss the expectations of my role at work seemed to leave me breathless by the end of each day. We wanted to extend our family, but thoughts on when and how to do so were cloudy at best—until we became pregnant.

We revisited the questions asked in those premarital sessions and found ourselves even more dedicated to the idea of keeping a parent at home. As three younger siblings and two nephews had primed me for parenting in a way my husband had yet to identify with, we decided I would be home with our children until they were old enough for formal education. We began making plans for our first little one to come, not knowing how God would provide, but trusting that He would.

We had no clear replacement for my income when I informed my boss I would not be returning to work. There was no change in the number of bills that would be due every month. With my husband dedicated to seminary studies by night and church ministry by day, additional employment remained out of reach. So many negative notions existed, but so did God.

My husband and I committed to counting all we were gaining in place of what we were losing with our decision. Our child would have a safe, loving environment in which to learn about the God who created him. He would always be surrounded by music, stories, and language that elevated and honored the Lord. This child would have what every child needs most: an opportunity to meet Christ while growing in love and life.

Six months after our son was born I was offered a position with income far exceeding any other I’d previously earned—and I could work from home and choose my part-time hours. I now work during naptime or after baths with rubber duckies. My full-time assignment is to “train up a child in the way he should go” (Prov. 22:6, NKJV).*

Our family has been blessed, and there are no needs for which we lack provision. God honors His commitment to provide for His children as we commit to providing for our child.

“We will tell the next generation the praiseworthy deeds of the Lord, his power, and the wonders he has done” (Ps. 78:4).

Kryselle Craig lives in Odenton, Maryland, and says she will “live right or die trying,” as she and husband Jason do their best to keep up with life and Ezra.

How my husband and I balance parental roles

I am a mother. Having grown up in a family and a culture in which women often worked to help support their families, I intended to do the same myself. I remember as a young adult the first time I met a mom who stayed home with her children. I was both fascinated and drawn to this as an option if I ever got married and became a parent. After she delivered her third child, her oldest began school while she cared for the younger two. When they were ready for school, she worked at their school. I admired and respected her ethos: a loving, welcoming, safe environment for her young family. I saw her commitment to being easily accessible to her children and husband as my own potential family blueprint.

The journey to parenthood was not simple or painless for my husband and me. When we determined after five years that we were ready for children, we experienced heartbreak and disappointment: we mourned the loss of our first two children. I learned that every couple does not immediately have their prayers or desires fulfilled.

But then, a month after our tenth anniversary, we welcomed our son. The only thing I was sure about was that I would love him and take care of him in partnership with my husband. His arrival was part of a new season in our lives: moving to a new state; becoming denominational employees; becoming parents. With prayer, reflection, and lots of conversations we decided that I would keep working. It was time, after many iterations, to put my blueprint into action. The basic tenet was our commitment to providing a loving, nurturing, child-friendly home.

We adjusted schedules once I returned to work after maternity leave. We created a flexible co-parenting practice that we continue to adjust. Morning worship, mealtimes, and set nighttime rituals involved both parents more times than not. The children travelled with me when I did until they were 2 years old. I was thankful that my husband thought about making meal preparation simple, so that when I returned home from work I could spend more time with our children.

I had to learn to manage my time and create boundaries. I learned that I couldn’t do it all. I also learned that asking for help was a sign of strength, not weakness. I shall always be grateful for the mothers who have come alongside me. Their words of encouragement, accountability, and affirmation have helped buoy me up over the years.

When our son began kindergarten, I remember meeting and observing moms who were available to be class moms or go on trips. At first I compared myself to them and wondered if they were judging me for being a working mother. Then I remembered that we were not in competition with each other. These moms are actually allies, who have also been given the gift of motherhood.

Over the past 12 years my husband and I have shared almost equally the responsibility of caring for and nurturing our two children. He has gone on many school trips and coached, while I have worked on projects and crafts. Our blueprint has allowed our children to experience time with their father and me. We’ll be learning better and better parenthood even as they mature into adulthood.