Some embrace the title; others flee from it. 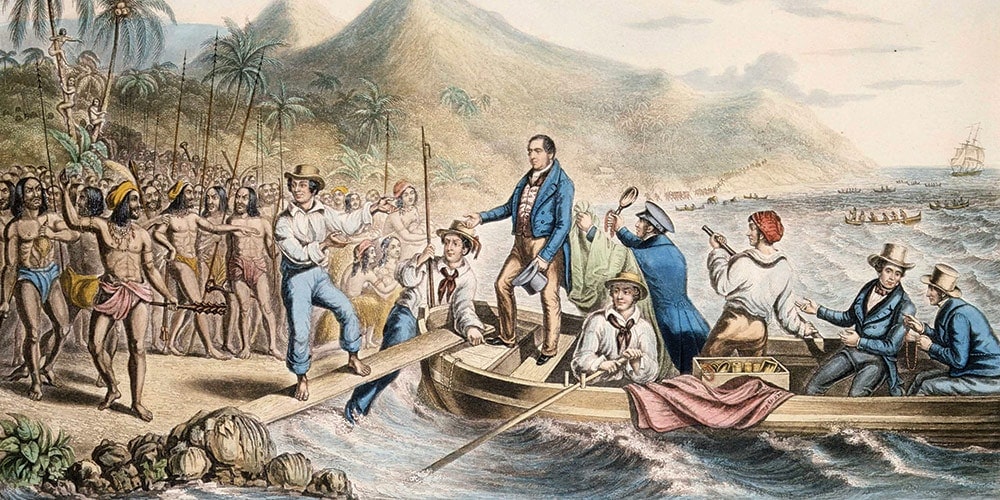 The word “missionary”—and its corollary, “mission”—come from a Latin word mitto, “I send.” There’s nothing in there about passports, air or sea travel, cultural or ethical complexion. None of those amounts to the defining issue for mission. No one is fairly disqualified for mission on the basis of their financial complexion [she’s in the red/black] or ethical elegance [we hate/love their rickshaws], or even because of a scarred or starry history. But in mitto there is everything about purpose and motivation: missionaries go because they have been sent.

Writing about the lost finding salvation, Paul raises this question: “How can anyone preach unless they are sent?” (Rom. 10:15). And he knows the answer: “No way!” Missionaries have gone and continue to go because something or someone has been sending them out through the ages to do what needs to be done. And whatever the changes between yesterday and today, the sense of the original missionary ID is still recognizable.

Our title asks what a missionary is. Trying to answer well, we consider two long-ago performers of missionary function, Paul and Jonah. Our comparisons are not rigorously parallel: Paul’s entire career stands over against Jonah’s performance on a single assignment, namely, Nineveh. Hopefully, this imbalance still allows for responsible comparison of their relation to God’s call, their performance on the clock, and their mood at the climax of their ministries. These three are treated under the subheads of (1) call and commissioning, (2) journey, and (3) climax.

If you know the call stories of Paul and Jonah, you already have a valid criticism: neither Jonah nor Paul has a typical stage-one story: light-blasted to the ground, struck blind and groping in three days of darkness as requisite for claiming a divine call or commission. Swallowed by special fish—or normal fish—as standard initiating ritual. True. But drama aside, these stories do supply the indispensable particulars of the missionary call and commissioning: the missionary goes because God has called, and because the call always includes a sending.

Because God’s grace is specifically for rebels, both Jonah and Nineveh survive.

Later still Paul’s commission was further defined—“Leave Jerusalem immediately, because the people here will not accept your testimony about me” (verse 17)—and fully clarified: “I will send you far away to the Gentiles” (verse 21).

Missionaries go because God sends them. They know where to go because He is particular about where He sends them: “Not more surely is the place prepared for us in the heavenly mansions than is the special place designated on earth where we are to work for God.”2 God’s specific directions to Paul include, “Asia, no” (Acts 16:6), “Bithynia, no” (verse 7), but “Macedonia, yes”: “We got ready at once to leave for Macedonia, concluding that God had called us to preach the gospel to them” (verse 10); and “Corinth, yes,” for 18 months: “I have many people in this city” (Acts 18:10).

Divine specification is not always that particular. The way he speaks of it, Ephesus was one of Paul’s most highly valued mission stints. And it isn’t hard to see why: it was one of his longest—three years (Acts 20:31), and perhaps his most drama-filled of all (Acts 19:23-40). But he gives no indication that the Spirit named that city beforehand. In fact, it was in the very province, Asia, that the Spirit had earlier forbidden him to enter. The missionary may move on a hunch, but mostly she looks and listens, gathers information and processes it, draws thoughtful and responsible conclusions, then makes sound decisions as the Spirit gives light.

Summarizing, then, on the missionary’s call and commissioning, we may state that missionaries know where to go because they are attentive to and respectful of God’s directions.

Attentive and respectful? Not always: witness Jonah. The drama of Paul’s call was because he was a sincere persecutor of the people of “The Way.”3 The drama of Jonah’s Phase I grows out of his commitment to prophetic truancy and turns his Phase II into one of the Bible’s most absorbing stories on the persistenceof God’s patience. Just like Paul, he knew God had called, and he knew where he should go and what he should do: he was to go “to the great city of Nineveh and preach against it” (Jonah 1:2).

Jonah simply refused. His disobedience produced very little change in anything besides the length of his journey: the Ninevites’ wickedness, his responsibility, God’s love for and longing to save Assyrians were still all as before. Why do we still choose disobedience? Disobedience yields no help of any qualitative sort. For Jonah, more than anything, it made his Phase II a much more complicated affair: he would traverse the ocean, plumb the depths of “the realm of the dead” (Jonah 2:2), become the object of a fish’s ingestion and an article of its vomit before eventually arriving at his divinely appointed destination, Nineveh.

The miseries that presumption added to his journey may or do not transcend the list of trials that befell missionary Paul—beatings, stonings, shipwrecks, insomnia, hunger, thirst, and dangers of myriad other sorts (2 Cor. 11:23-28). But the God who called and commissioned him could also consistently console him that heaven’s grace was available to sustain him throughout (2 Cor. 12:9).

Where the dedicated apostle lived with soul consolation the renegade prophet lived with conscience torment. But because God’s grace is specifically for rebels, both Jonah and Nineveh survive: the special fish effects his resurrection from Sheol to life again and the renewed opportunity for gospel proclamation (Jonah 2:10-3:3). Nineveh hears of grace and hope that reach way beyond Jonah’s malicious version of the message. The entire city, royalty to commoner, repents before God. And He who ever longs for us to come to repentance “relented and did not bring on them the destruction he had threatened” (Jonah 3:10). Whether we convey it well or poorly, the news that God commissions missionaries to take to sinners is always good news.

The end of Paul’s story overflows with a confidence that would be nothing but fake for the unenlightened sinner. How could any clear thinker face death with such words on his lips and such inspiration flowing from his pen! “The time for my departure is near. I have fought the good fight, I have finished the race, I have kept the faith” (2 Tim. 4:6, 7). His last notes to Timothy, his son in divine service, enjoin him to “discharge all the duties of your ministry” (verse 5). For Paul, being sent by God amounted to something, everything. He was a missionary.

In fact, he was an “apostle,” not just “sent” [Latin, mitto] but “sent from” [Greek, apostolos] God. The New Testament title is associated with Jesus’ principal disciples, but with Paul more than any of them. He contends like no one else in the Bible for his right to it: “I was appointed . . . an apostle” (1 Tim. 2:7); and again in a second letter to Timothy, “I was appointed . . . an apostle” (2 Tim. 1:11). The popular warrant for labeling him as apostle is the claim, earnestly advanced by Paul himself, that he was an eyewitness, that he personally met Jesus: “Am I not an apostle? Have I not seen Jesus our Lord?” (1 Cor. 9:1). I may have seen him “abnormally” (1 Cor. 15:8), but I did see him. Thousands of Jesus’ followers and converts to “the Way” who saw Him and committed to His cause are never identified as apostles in the Bible. But Paul wouldn’t leave it to question: he knew for himself the truth that came to be written about the man who baptized Jesus: “There was a man sent from God whose name was John” (John 1:6). Paul knew he was another such man. And, perhaps because the title “apostle” said so, his identity is inextricably bound up with it.

Through the New Testament’s 79 occurrences of the term apostolos, Peter is the only individual besides Paul who applies it to himself (three times). Considering Paul’s 26 self-identifications, it seems safe to say that for Paul, being an apostle, being sent from God, amounted to something. He reveled in the privileges of apostleship, bore its insults and battery for three decades, testified to kings and plebes, to dedicated people of the Torah and pagan philosophers. He also wrote more than a dozen letters and treaties that have informed Christian history and are Spirit-preserved portions of the Holy Scriptures, about the Jesus he had seen and heard (see Acts 22:15). What a missionary Paul was!

And Jonah? Jonah has left us a much different climax. He is sour about the way God makes him look stupid by saving an entire city, and bitter about how God exposes him to the beating sun after temporarily sheltering him under a shrub He prepared just for that purpose (see Jonah 4). Outside the Garden of Eden, Jonah is the one character in all Scripture who is so uniquely  and explicitly the direct recipient of such pampering from God—the preparation of a special fish for his transportation and, later, the creation of a special plant as his shelter from midday heat. Losing his umbrella affects him so profoundly and offends him so deeply that he wants to die (Jonah 4:8, 9). He offers no response to God’s concern about Ninevites and their cattle (verse 11). What a missionary Jonah was!

Lael Caesar, Adventist Review associate editor, repents of the Jonah stories in his own life and prays to be more like Paul.