Looking At The Uncreated One

Striving to fathom the unfathomable: God. 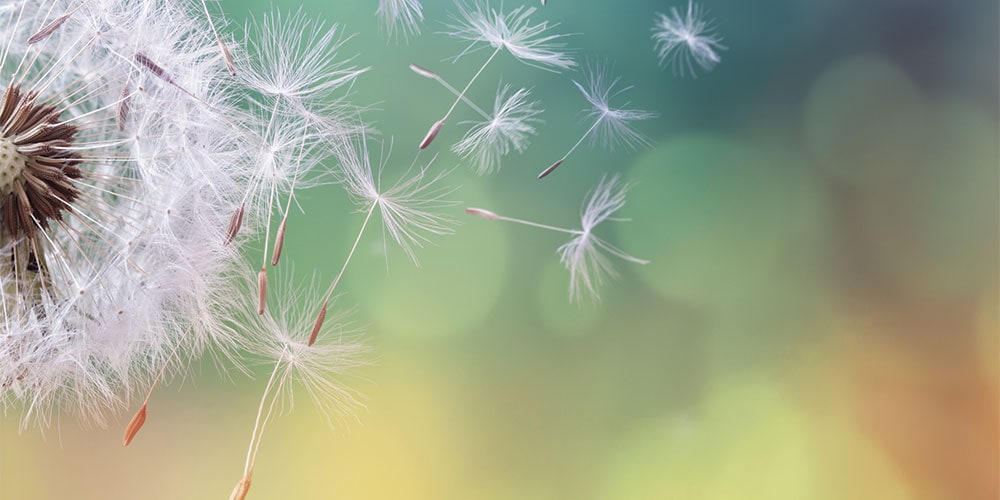 His uniqueness and mystery.

How can rational creatures come to understand the nature of the Uncreated One, whose mode of existence is radically different from theirs? If we dare to say something about Him, it is only because He has previously spoken to us, unveiling dimensions of His nature and actions that assist us in grasping the wonder of His power and love. Therefore, whatever we may say concerning the Holy One, the Unique One, will be a restatement of His special revelation to us followed by our reverential silence before the Uncreated One.

His Creativity and Oneness

What we know about God has been revealed mainly through His actions that exhibit His nature and character. When we open the Scriptures, the first character we encounter is God, displaying the power of His creativity: “In the beginning God created” (Gen. 1:1).1 Creation is the most fundamental divine activity on which the rest of His activities are dependent. There was nothing before this absolute beginning, yet He was already there; He was and is the Uncreated, and consequently absolutely different from the cosmos.

The mode of His existence finds no parallel within creation. His presence at the beginning shows that He is the Eternal One—He was before the beginning; He is self-sufficient—existing before there was anything else and being by nature the very source of His own existence; and He is all-powerful—no one assisted Him in the creation of the cosmos. He is also a loving Creator who produces what is “good” or “very good” for His creatures (verses 18, 31).

God’s creative activity leaves no room for polytheism. Before the beginning He stands alone, by Himself, to speak the cosmos into existence through His effortless Word. Since He created everything there is, He is obviously the exclusive Lord over creation; the only God in the cosmos. The rest of the Scriptures will reaffirm this fundamental theological truth about the mystery of the oneness of the Creator (e.g., 1 Tim. 2:5; Gal. 4:20; James 2:19). He is one in action, will, and nature, and there is no other God apart from Him. To the Israelites He said: “Hear, O Israel! The Lord is our God, the Lord is one!” (Deut. 6:4). His oneness is about His singularity and uniqueness with respect to creation and the worship of His creatures.

The nature and complexity of God’s oneness becomes accessible to our limited comprehension through the biblical testimony of a plurality within the very nature of the one God. The dynamism of God suggests to us that within the mystery of His divine nature there is a profound interaction of selfless love that requires differentiations within the Godhead.

Perhaps there is a hint to this mystery when the biblical text uses the plural of “God” accompanied by a verb in the singular (“God [’elohim, “gods”] created [“He created”]”)—a plurality and yet one. More precisely to the point is Genesis 1:26: “Then God [’elohim] said [He said], ‘Let Us [plural pronoun] make [verb first person plural] man in Our [plural] image; according to Our [plural] likeness.” Here the plurality within the Godhead is emphasized, but in verse 27 we are back to the oneness of God (“God [’elohim] created [third person singular] man in His [third person singular] own image”). We have one God but within the mystery of this oneness there is a plurality. The reference to God and to the “Spirit of God” in the work of Creation points to a plurality. The New Testament will look into the activity of the Uncreated One at the beginning and will explicitly identify the creative word of God in Genesis 1 with the Son of God (John 1:1-3).

In the Old Testament God continues to reveal His oneness within a plurality2 by speaking in binary terms. For instance, we read about God and the Angel of the Lord, contextually identified as divine (e.g., Gen. 16:7-14; Ex. 3:2-7; Judges 6:11-24), and in another case God announces the coming of the Messiah called “Mighty God” (Isa. 9:6). We also find passages in which there is a plurality of three. In some passages the Messiah, the Spirit of the Lord, and the Lord Himself are mentioned together working for the salvation of God’s people (Isa. 11:1-3; 42:1). In other cases the Lord announces that He will send the Messiah with His Spirit (Isa. 48:16).

The arrival of the incarnated Son of God clarified much more what the Old Testament had taught about the nature of God. New Testament writers, like us today, struggled, attempting to find the right terminology to express differentiation and equality within the members of the Godhead.

With respect to the Son of God, John tells us, “In the beginning was the Word, and the Word was with God” (John 1:1). The text describes the relationship between God and the Word before Creation, and long before the incarnation of the Son. The passage is obviously attempting to demonstrate that there is differentiation of persons within the Godhead. The phrase “the Word was with [
pros, “in the company of”] God” means that divine revelation allows us to distinguish one from the other.

However, such differentiation does not imply independence from each other, but that it operates within a coexistence characterized by a deep and mutual communion and fellowship between the two of them.3 John immediately adds, “And the Word was God” (verse 1). In an almost imperceptible way the apostle moves from differentiation within a circle of love to equality. The Word is fully divine. The divinity of Jesus is clearly affirmed in the context of differentiation of persons within the mystery of inter-Trinitarian relationships. The Son belongs to the mystery of the one God. This is affirmed throughout the New Testament.

John tells us that the Son is the only and unique God who was in profound fellowship with the Father and who came to reveal to us the loving character of God (John 1:18). When Thomas sees the resurrected Lord, he exclaims, “My Lord and my God!” (John 20:28). Paul and Peter, among others, testify to the fullness of the deity of Christ (e.g., Rom. 9:5; Heb. 1:8; Titus 2:13; 1 Peter 1:1). The saving power of Christ is located in the fact that He, like the Father, has life in Himself. His divinity makes efficacious His sacrificial death, and thus reveals the loving character of God to the cosmos.

Only God can fully reveal Himself to His creation (Heb. 1:1), and only such a God can save repentant sinners. In Philippians Paul narrates the experience of the Son of God who throughout eternity existed as God (Phil. 2:6), chose to become human and died on a cross (verses 7, 8); then the Father exalted Him. This cosmic experience of the Son of God will result in the final resolution of the cosmic conflict when all creatures will bow and confess “that Jesus Christ is Lord, to the glory of God the Father” (verse 11).

The titles “Father” and “Son” make it easier to differentiate between members of the Godhead than the title “Holy Spirit.” The nouns used in the Hebrew (ruakh) and Greek languages (pneuma) for “Spirit” also mean “breath, wind” and could easily give the impression that they designate impersonal objects.

The Spirit of God possesses attributes that identify Him as divine. He is eternal (Heb. 9:14), omnipresent (Ps. 139:7, 12), omnipotent (Acts 1:8), omniscient (1 Cor. 2:10, 11), and is consequently identified as God (Acts 5:3, 4). By using the word “Spirit,” the work of the third member of the Godhead is illustrated by reference to the “wind,” which is actively present throughout the world, to establish that God is personally present throughout creation, sustaining and preserving it.

Since the Spirit did not become human, He remains as mysterious as the Father, making it more difficult for us to visualize Him. Here Jesus provides a useful insight. He informed the disciples that He will ask the Father to send them “another Helper,” referring to the Spirit (John 14:16). The Greek word,
parakletos, also means “comforter, advocate, counselor.” Jesus refers to the Spirit as a personal being who, during our pilgrimage, stands by us to speak for us and to sustain and guide us.

The Greek verb pempo, translated “to send,” designates the action of dispatching “someone, whether human or transcendent, usually for the purpose of communication.”4 This verb is used by Jesus to refer to the Father as the one who sent Him to this world (e.g., John 4:34; 5:30; 12:44, 45; cf. Gal. 4:4). Both Jesus and the Spirit, who were in eternal and mutual fellowship with the Father, were sent by the Father at the appropriate time to accomplish different aspects of the plan of salvation.

Throughout eternity God was one in the mystery of three persons existing in a most profound fellowship of love and communion. There is no hint in the Bible of an eternal hierarchical order among the three. Such a relationship would certainly take us into the realm of tritheism. This God, the Uncreated One (Father, Son, and Holy Spirit), brings the cosmos into existence. In order to free creation from the invading power of sin, the Son becomes human and brings about a new creation. The Spirit, the One who was always present within creation sustaining it, now transforms sinners into saints and sustains them. In the performance of His saving work the Uncreated One displays the mystery of His nature as love.

Angel Manuel Rodríguez, now retired, is a former director of the Biblical Research Institute of the General Conference of Seventh-day Adventists.