It’s never too early to learn how to relate to others as Christians. 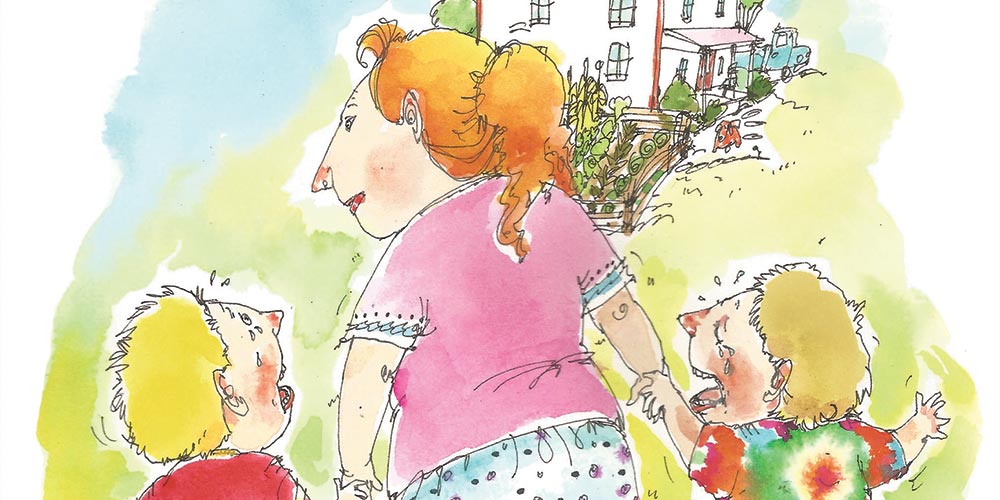 Scotty had eyes that twinkled, and a smile that could melt steel. He also had the tendency to get himself, as well as his friends at the child-care center, in trouble almost daily. On this particular day, however, his behavior far exceeded anything I ever would have expected.

I was outside on a hot summer afternoon with a large group of preschoolers. The heat seemed to bring out the worst in some personalities, and I was attempting to help two little girls settle a dispute.

That’s when the real trouble started. Scotty and a buddy had ventured to the proverbial boundary line at our center. An African American family lived next door. Even though I had not met them—other than a quick wave—I knew that their last name was Frederick. Mr. Frederick was walking from his garden toward his home. At the top of their lungs the two boys started yelling the racial slur “n——, n——, n——.”

Mr. Frederick glanced in our direction, then opened his back door and went inside.

Shocked and humiliated, I quickly grouped the children together and took them indoors. Leaving the rest of them with another teacher, I took the name-calling boys aside and had a fast and unscheduled class on prejudice. I explained that the name they had called our neighbor was ugly and hateful. “Calling a person mean names hurts that person on the inside,” I said.

Then I told them, “I’m going to call your mothers. If they say it’s OK, we’re going to Mr. Frederick’s home, and I expect you to tell him what you called him. I don’t believe in making anyone say ‘I’m sorry,’ because I don’t know if you’re sorry or not. When you were in our yard, you called him a really bad name. Now you must go to him face to face and tell him exactly what you called him.”

The boys’ moms gave their consent for me to take them next door, with each parent asserting that her child was also going to get a spanking when he came home. I urged them not to spank in this case, because I believed a spanking would undo what I was trying to accomplish. The moms agreed to my plan and the two little blond, fair-skinned boys and I were soon on our way to the house next door.

“Calling a person mean names hurts that person on the inside,” I said.

We must have been an odd sight to behold as we trudged uphill to the Fredericks. Each boy, on either side of me, grabbed my hand and held on so tightly that my fingers soon began to feel numb. The twinkle in Scotty’s eyes had been replaced by a look of fear, and tears streamed down his cheeks, the same cheeks that were usually spread wide with a mischievous grin.

“You ought to spank us,” he begged. “That would be much better.” (Spanking at a child-care center was lawful and not uncommon at the time.) For a brief second I thought Scotty might have a good point, because I didn’t feel at all comfortable in our present situation. I didn’t know Mr. Frederick, or what his reaction would be.

Resisting the temptation to run back to the comfort zone of our center with my two scared children, I said, “No, Scotty, I don’t think a spanking can help. We must talk to Mr. Frederick.”

“But what will he say to us?” Scotty persisted. “Will he be mad?”

“I don’t know,” I answered candidly. “We’ll find out soon. I’m right beside you.” My presence was not that reassuring, because both boys were crying louder by now.

I knocked on the door, and Mr. Frederick appeared, looking even taller than he had at a distance. If he was amused at the unusual scene before him, he didn’t portray it as he looked down at us with a neutral pose.

The boys’ “death grip” had cut off the circulation to my fingers. I began to suspect that the blood flow to my brain had also been affected, because I suddenly felt light-headed as I looked up to meet Mr. Frederick’s eyes.

“I’m Mae Watson,” I began. “I work next door at the child-care center, and these boys have something to tell you.”

Releasing my hands, each boy grabbed a leg belonging to Mr. Frederick and looked up at this face. They cried out in unison, “We called you a n——. Will you forgive us?”

Instantly that precious man dropped to his knees and wrapped an arm around each child. He held them tenderly as they sobbed. “Of course I forgive you,” he assured them gently. Turning to me, he asked, “Mrs. Watson, can you and these boys come inside and visit my wife and me? I have some things from our island I would like to show the boys.”

As I sat on the Fredericks’ sofa rubbing my hands, the boys delighted in the wonderful toys that came from the Caribbean. In fact, they didn’t want to leave.

When I finally got them on their feet to go, Mr. Frederick graciously walked us to the door. Scotty looked up at his new friend and with his smile back in place asked, “Will it be OK if we call you Grandpa?”

With a huge smile Mr. Frederick responded, “I would like that a lot,” as he hugged the boys.

The trip back to the child-care center was much more relaxed than the original trip. The boys skipped along effortlessly, almost as if they were floating. They knew they were forgiven! As they laughed and chatted nonstop, their conversation centered on their “new friend,” who was also their “new grandpa.”

From that day forward Grandpa Frederick became an irreplaceable resource to our child-care center. He visited often, becoming a male role model to our children, many of whom had no men present in their lives. A share of the blessing was definitely mine, because Scotty’s behavior improved greatly.

While all the children loved Grandpa Frederick, Scotty and his buddy had a special bond with the man who had forgiven them. No biological grandfather was ever more loved. It reminds me of Jesus’ words about the woman who bathed Jesus’ feet with her tears: “Therefore, I tell you, her many sins have been forgiven—as her great love has shown. But whoever has been forgiven little loves little” (Luke 7:47).