Sometimes the path to the kingdom is paved with romance. 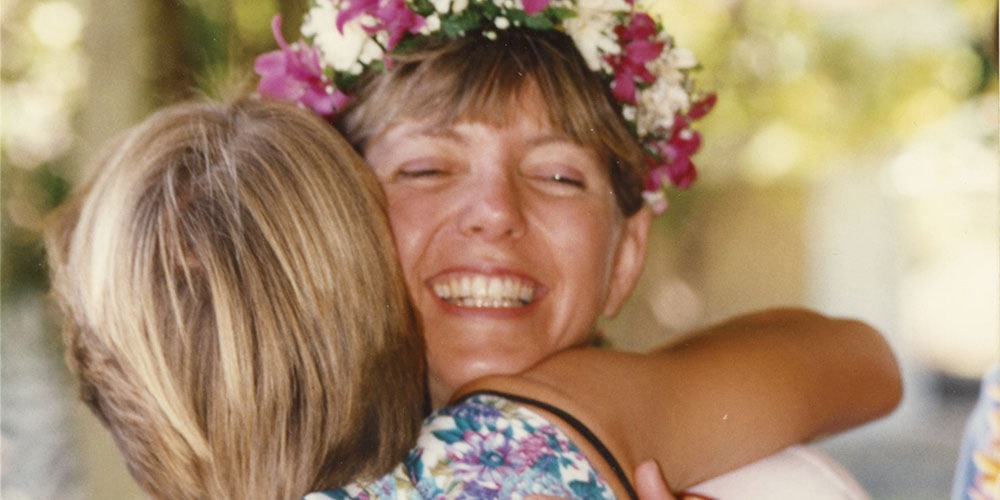 I have not always been a Seventh-day Adventist.

I lived in Hawaii for five years and decided it was full of flaky guys! A friend’s boyfriend was building a galactic door to carry to the top of Mount Haleakalā (a dormant volcano on Maui) on an auspicious date, to enter into another galaxy. One of my best friends was supporting a woodworking artist who designed elaborate, exotic Hawaiian koa wood doors and grand staircases that would fetch up to $50,000 a pop (in today’s dollars). But he’d take years to complete one, because of all the pakalolo he was smoking.

After breaking up with my helicopter pilot boyfriend of nearly three years, I decided it was time to get back in touch with reality. I sought spiritual things and joined a coworker at her Mormon outing. Something seemed empty and lacking in the sincerity I felt from that group. I joined my friend, Christie, with her Sufi dancing group on Friday nights. That was an interesting outing, but definitely not a spiritual experience!

I put my spiritual pursuits to rest for a while and focused on my work. I was a property manager living in Ekahi Village, an oceanside condominium complex. After reinjuring my knee in a fall and having surgery in Honolulu, I was back at work managing the housekeeping and maintenance crews during the day, and meeting with a traveling, self-employed physical therapist named Heidi Howard during my lunch break. She and her 2-year-old daughter, Tatiana, would come to my condo, where Tati would pretend to do ultrasound on my good knee while her mother worked on the recovering knee.

There was lots of chatter during our session, and often Heidi commented, “God has really blessed our family! Steve has now found a long-term construction project.” In Heidi I found a warm, sincere person who had a connection to God.

One Saturday afternoon she invited me to join her family at the beach, where they would be windsurfing. She made sprout sandwiches on homemade whole-wheat bread, and the kids happily ate them. This commitment to health, family, and God was all so new. In fact, it was delightful.

My physical therapy sessions ended, my knee healed, and I thought, I should contact Heidi and ask where she goes to church. I had overheard something indirectly about “Seventh-day Adventist” this or that, and had tucked it away. I never did go to church on Maui with them. Instead, I moved back to the mainland to a new job with the same company in South Carolina.

In Charleston, South Carolina, I had the opportunity to go back to college as well as work. I took advantage of this and studied accounting at the College of Charleston, aiming to work toward becoming a certified public accountant.

On the first day of Principles of Accounting class the substitute teacher explained why the regular professor was not there the first week of school. “He’s inspecting sites for orphanages in Guatemala as part of his church work as a Seventh-day Adventist. In fact,” the substitute exclaimed, “he’s even a vegetarian! What a nut! You’ll get to meet him soon enough.” Before even meeting Mack, I was interested in learning more about him.

I became friends with Khung-he, a girl in class who also was a good friend of Mack’s. She told me that he was single and not dating, but that he never dated students. Over the course of that first semester I had a crush on my teacher!

More Than a Degree

The finals were posted on a Friday afternoon before sunset, and I walked to Mack’s office and knocked on the door. I had been encouraged by both Khung-he and Missy, a friend from work, to approach Mack, since he never would approach me. “Would you like to go for a walk?” I asked.

He immediately dropped the stack of books he was holding, which I took to be a good sign. We walked all over downtown Charleston for nearly two hours. He walked me back to my car, and we said goodbye over the tops of our cars.

My heart was beating fast as I rushed to a pay phone and called his home number, knowing I’d get his answering machine. “Hi, Mack. Would you like to go with me to my company Christmas party next week?” I figured I had been pushy twice now, and if he chose not to contact me, I would spare myself being turned down in person.

Ultimately, we went to the Christmas party together. Missy was delighted she’d encouraged me to invite him.

We were in love. He met my parents; I met his. I went regularly to the Charleston Seventh-day Adventist Church with him, and studied with the pastor. I had no idea I was preparing to be baptized, as no one had explained the process. I didn’t even know what baptism was.

When we decided to get married, I thought of a trip to Maui and getting married on the beach. We would elope! What did we need to do to prepare? Nothing!

We flew to Maui and went to the Kahului Seventh-day Adventist Church that Sabbath. Walking in during the song service, I spotted a familiar head. It was Heidi and her whole family. Mack and I came in and sat next to them. Visiting with them after church, I told her what an impact she had been on my life. She was shocked, to say the least. She said she was too timid to witness to others, and didn’t really know how to do it.

Heidi helped plan our wedding. We decided to get married that next Sabbath in the Lahaina Seventh-day Adventist Church, as part of the church service. She and her husband, Steve, would be our witnesses and stand up with us during our ceremony. I invited all my friends and coworkers from my previous job in Hawaii to come to my wedding the following Saturday morning. A friend’s husband took photos, another friend made leis, someone brought a cake, I brought food I had ordered from a takeout place, and we had a wedding.

The church was packed that day, with the potluck women in a panic about having enough food (there was plenty). The pastor gave a sermon about love. At the end of his sermon, the pastor asked us to come forward as he announced to the church, “We will now have a wedding.” My friends were surprised to be part of a church service, since I hadn’t explained the situation to them in advance.

We even had a flower girl! Heidi’s daughter, Tatiana, older now, took it upon herself to pick a basketful of fragrant gardenias from her yard. She tossed them in the aisle as she followed behind us as we left the church.

The following week I was baptized in the Charleston Seventh-day Adventist Church, and a couple weeks after that I went to my first Carolina camp meeting, where we invited someone special home for lunch. A friend from church asked, “Aren’t you nervous about having the president of the General Conference to your place for lunch?”

“What’s the General Conference?” I asked.

The rest is history!

Sharon Tennyson serves as a marketing assistant at Adventist Review. She is still in love with Mack, director of the General Conference SunPlus accounting software. She recently shared this story of her wonderful journey during staff worship.