Do You Have Any More?

What an impudent question! 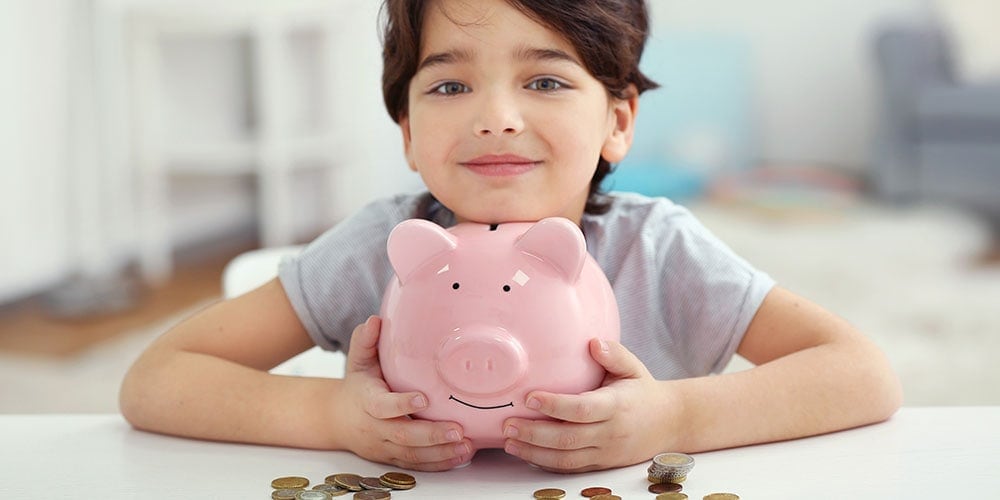 Do you have any more?” The words seemed to bounce off the walls and echo throughout the church.

Imagine, the audacity of the offering collector asking Mrs. Gordon, who had just given her offering, if she had any more. And not even in a whisper!

To make matters worse, his hands already overflowed with cash. Under certain circumstances those words might not have been intimidating or embarrassing, but in this setting they were both. The only saving factor was that they were spoken by Logan, my then-4-year-old grandson.

Generous to a Fault

In our church it was the custom for the “little lambs” to collect an offering as they headed to the front of the church for the children’s story. Logan really enjoyed going up to collect the money, and since he usually had a happy demeanor, people were pleased to give him an offering. So it wasn’t unusual for him to have a fistful of dollars. What was unusual was his question: “Do you have any more?”

Fortunately, Mrs. Gordon handled the situation with grace. After some whispered conversation, Logan went merrily on his way, oblivious to the humiliation he had caused his family.

I was not at church that day, yet I heard what happened. All sorts of thoughts went through my head, none of them positive. Don’t kids have any manners these days? How could he say such a thing when he’d always been such a sweet child? What will people think? I hate to admit it, but that was my main concern: What will people think?

A few days later I stopped by Logan’s house for a short visit. He brought out his new piggy bank. He was so proud of the bank that I dug a few coins out of my purse to give to him. As soon as the money hit his upturned hand, out came the dreaded words: “Do you have any more?”

This was my chance! I could tell him a thing or two, kindly and firmly, of course, about manners and gratitude. I explained that yes, I had more, but I needed some coins for the toll roads. I started to say, “It’s not polite to ask for . . .”

But just as I started to speak, his little hand came back up to mine. With a big smile and a sweet voice Logan said, “You keep these. I don’t need them. I have lots of money in my piggy bank already.”

After he insisted that I keep the money, it suddenly dawned on me the reason he had asked Mrs. Gordon if she had any more money. It wasn’t that he wanted it for himself or for the offering. He wanted to make sure she still had some for herself.

What a difference a motive makes. Same words, different meaning.

Nearly anyone would have the same initial reaction as the congregation had that day—to look at the seemingly negative situation and pass judgment on the parenting skills, the influence of grandparents, and the overall “gimme” attitude of today’s society.

I am reasonably sure that no one present thought the child had Mrs. Gordon’s welfare in mind when he asked, “Do you have any more?” just as I never dreamed he would want me to keep the coins I offered him for myself. After all, asking if you have any more seems to imply “Give me some more” or “Is that all you’re going to give?”

How quick we are determine what someone meant by a certain remark that doesn’t sound exactly right to our ears. Of course, our determinations are based on the life experiences we’ve had through the years, and our perceptions may or may not be accurate. We may have had a negative experience that influenced our interpretation. Or maybe what we heard did not accurately reflect the intent of the other party.

Fortunately, our heavenly Father realizes the motive behind every word and action. We don’t have to wonder what He thinks. We can rest assured that He knows every motive. He always places our words and actions in the best possible light—never wondering what we really meant to say or do.

I’m so grateful that God doesn’t see as we see. He looks on the heart. He was probably the only one smiling when a little boy asked, “Do you have any more?”

Kathy Fairchild writes from Florida. She is a mother of two and grandmother of three.