I still cannot explain the odd circumstances that got me into seven years of medical school. 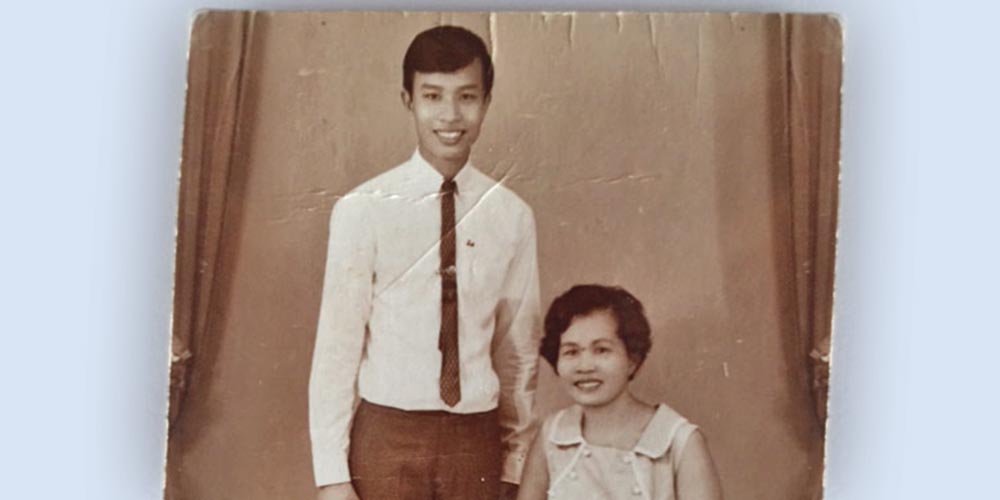 Maybe I was an agnostic before I became a Christian rather than an atheist, since I was more ignorant than a complete nonbeliever. The Philippine Communist Party was my father’s passion, though that didn’t bring any wages into the house. It landed him in prison, and I lived there with my parents until I was about 1 year old.

Once my father was out of prison, my mother became the breadwinner, leaving me with grandparents. She worked in a factory for minimum wage, and visited her father and me every two months or so. I wept bitterly every time she had to leave.

About age seven I started caring for several carabaos, water buffalo my grandfather used for milk and farming. I also began attending school. When I was in fourth grade, my mother took me back home.

School went better for my older brother than it did for me. He lived with my paternal grandfather, and eventually became an accountant, whose income became a great help to our family. He was the smart one; and Dad, with his Communist dedication, wanted him to go study medicine in Russia. But with the family needing my brother’s accountant’s income, and my life at increasing risk through my participation in street protests, dad decided that I should take up the Russian study offer, though medicine was not a likely course for me. At least Dad got me to read Marx and contribute to Communist-organized unrest. At 19 I set off for the Soviet Union to be trained as a Communist leader.

I still cannot explain the odd circumstances that got me into seven years of medical school instead of one year of Communist leadership training. But I’ve concluded that it was all part of God’s different and much better plan for my life.

Back in the Philippines for the first time in seven years, I passed the Philippine medical board examination and started a postgraduate internship in Manila Doctors Hospital.

I met a woman named Victoria there, and she won me over. Let’s say we won each other. But Victoria was bound for the United States. After two years she came home, we got married, and three years later I joined her in the United States. I passed the U.S. medical board examination, completed a residency in internal medicine, and settled down to live the good life.

We had everything we could dream of: a beautiful house, luxury cars, my own medical practice, fine dining, and exotic vacations. Religion meant occasional visits to Catholic Church Mass to play guitar for the choir.

Then, just as we started looking for something spiritually satisfying, Victoria was diagnosed with stage IV ovarian cancer. During her first hospital stay, I saw a picture frame in the lobby with words to the effect: “You are going to look for Me when you have nowhere to go.” Later I found a large children’s Bible, read it through, and discovered a ravenous hunger for truth.

I sought out a regular Bible at a bookstore. I discovered many different Bibles. I chose a students’ Bible. Then, as I was about to leave that aisle, I was impressed to pick up Lee Strobel’s book The Case for Christ. That book, and my Bible study, provided the answers I needed; answers I was groping for while heartbrokenly caring for my wife, knowing she would not recover.

We studied the Bible together with an Adventist minister who came to our house three times a week. I read The Desire of Ages and The Great Controversy in a couple of months, and kept searching. I bought DVDs by Doug Bachelor, John Carter, and others. I listened and read during my days off.

Before Victoria passed away, we both accepted Jesus Christ as our Savior. We became baptized members of Hinsdale, Illinois, Fil-Am Seventh-day Adventist Church in February 2004. Three months later I lost my Vicky, nine months after her first diagnosis. It was the most difficult and painful time in my life.

God and His truth became very precious to me. During Kenneth Cox’s evangelistic series at my church, I drove 90 miles each way every night to absorb everything taught so I could find answers to so many questions in my life. I knew that there had to be more to life than what I was living! Someone gave me Ravi Zacharias’ book
Can Man Live Without God? It dealt with deeper questions of life’s meaning and purpose according to Jesus’ words. I was amazed by the truth I discovered through my reading. It was pure joy to share it with others.

The Lord has always had better plans for me than I’ve known, “plans for good and not for disaster.” He’s always meant to give me “a future and a hope.” And He promises, “In those days when you pray, I will listen. If you look for me wholeheartedly, you will find me” (Jer. 29:11-13, NLT).*

God has been with me all along. His leading in my life shows purpose and reason. I may not know all about it, but I know with all my heart that I can fully trust Him. God is in control. He has given me a new love, Susan, a mother of three who lost her husband to cancer. We are content to live and work for Jesus. I am involved as director of men’s ministries at my church, I teach a Sabbath School class, and I look forward to opportunities for missionary work.

If I were to leave a message with you it would be only three words: “Keep the faith!”

Cris Reyes, a physician, has practiced in Watseka, Illinois, United States, since 2004.