Using our voices to channel our passions. 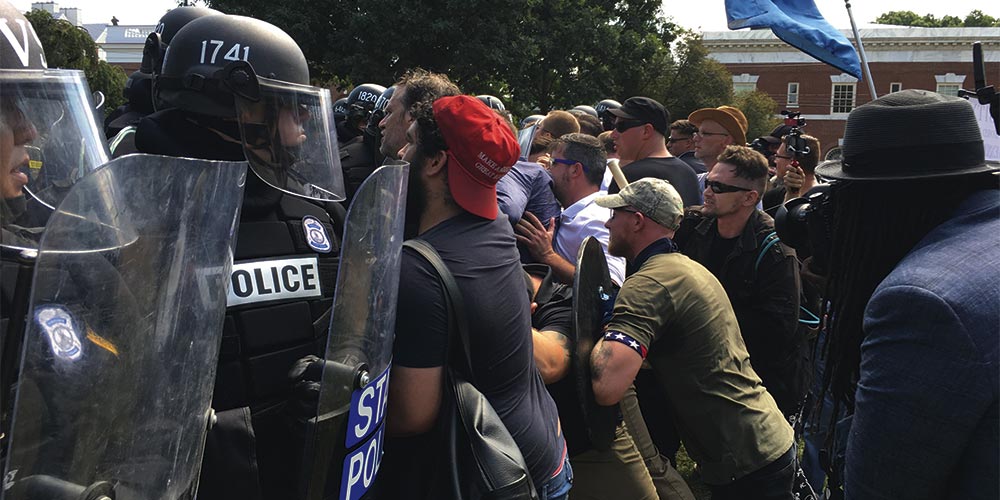 Through the years, decades, and centuries that the United States of America has suffered its racial divides, one astonishing element of its history has been the deafening silence of many who self-identify as Christian. God’s calls to justice through His ancient prophets, for the stranger, the orphan, the widow, the oppressed (Jer. 22:3), clearly show where He stands with regard to this nation’s historic systems of human oppression and exploitation—slavery, sharecropping, prison camps, segregation, discrimination, devaluation, and privilege. God’s voice has resounded in echo of His demand through Moses to  “let my people go” (Ex. 5:1; 7:16; 8:1, 20, 21; 9:1, 13; 10:3, 4). It appears that our dominant culture’s acknowledgment of the presence of oppression is finally reaching the status of being politically correct.

The impetus to dismantle the systems that perpetuate oppression is present, though it seems to have become socially acceptable among many Christians to have “a form of godliness” that acknowledges past injustices, while “denying its power” (2 Tim. 3:5) by not working to close the gaps of inequality.

In the current climate, absent any major initiative toward creating a racially inclusive society, absent also major public programs for active learning about “others,” fear may now be an element of communal sympathy; ignorance a socially accepted standard; insecurity an insulation from responsibility; confusion an excuse for inaction; and obliviousness the argument for institutional absolution.

Letting go and letting God has been difficult work for today’s Jeremiahs.

Their ancient model, the prophet Jeremiah, struggled with his calling. It made him a social outcast, living in perpetual discomfort as God’s Word through him assailed the status quo. Jeremiah wanted to protect himself from the scorn of those who knew that his proclamations for social justice were right but undermined their standard of living.

It must be difficult to know that the only thing separating you from comfort and acceptance is your mouth. Perhaps this is why many Christians keep silent on the subject of race.

But we can learn two things from Jeremiah’s dilemma that may aid in any quest for racial reconciliation within American Christianity:

First, we have an active choice: when Jeremiah contemplates silencing the Word, he recognizes that he has options. He may choose to obey God and speak His Word, or to rebel against God’s wishes. Jeremiah could choose to keep fighting a losing battle with God; or he could let go and let God use him for His divine purposes.

As followers of Christ in a world that needs inspirational moral leadership in the area of justice, Christians too must decide whether to hold back or let God use us: to embrace differences in Christ; to become uncomfortable in the name of truth; to bless the oppressed. Or we can continue protecting ourselves from ridicule by slinking back, holding our peace, and muttering prayers to heaven while the fire of the Word reminds us how thinly veiled is our hypocrisy and how anxious God is to bring His relevant message through us.

Second, wrestling and struggle build muscle: Jeremiah’s wrestling was necessary for his own strengthening. The temptation to abandon God led him to seek God in prayers of complaint. His conversations with God led to a conversion moment in which he resolved to choose God’s way and let the fire of God’s Word flame out on what God knew needed burning.

God’s Word is indeed like fire. It necessitates action, a response from the human heart. The Word comes in hot to burn out the selfishness and superiority we’ve learned and inherited. We all have the choice to allow the process to refine us as people of God, or to let it define us as rejecting His love. The social challenge American Christianity faces is whether or not to love one another as Jesus does; whether or not to relate as God requires.

And what does God require? “To act justly and to love mercy and to walk humbly with your God” (Micah 6:8). Fairness, caring, and meek obedience is God’s requirement for all. Discrimination is a hot topic. But God has fire for burning it away, purging the guilty of their dross and bringing us all out shining as Heaven’s gold. Being part of His better world begins where we are in the one we occupy. And there’s no spiritual sense in waiting until later to live for Christ, show His love, and make our corner of His universe a better corner because He is in that space with us.

Kryselle Baptiste-Craig is passionate about encouraging authentic relationships through the power of Christ. She and her husband, Jason, preach from the same text (see pp. 56, 57).