In this race, everyone wins. 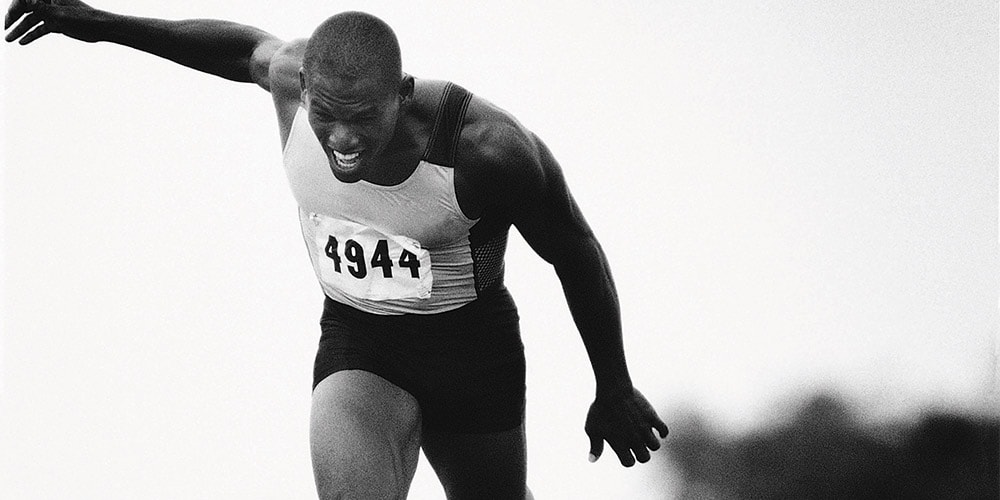 Imagine a runner rounding the bend into the final lap of the race of his life. His arms and legs move faster and faster, with every muscle in the body engaged. Adrenaline is flowing, sweat is pouring, and his eyes see only one thing in the distance: a thin banner stretched across the track. Countdown to destiny is under way, and every meter seems shorter than the one before. Finally, with only steps to go, the runner lunges forward, every tendon and ligament stretching toward the finish line.

Keep that image in mind.

Metaphors are powerful tools for learning that have the potential to grip the imagination and bring complex concepts to life. Scripture is replete with this sort of conceptual imagery. Old and New Testament authors describe God as a consuming fire (Deut. 4:24; Heb. 12:29), while the wilderness tabernacle served as a life-sized metaphor for the divine plan of salvation. Jesus describes Himself as the Good Shepherd (John 10); champions of the kingdom are salt and light (Matt. 5:13, 14); its detractors’ yeast is dangerous (Matt. 16:6)—though yeast may also signify the growth of the kingdom (Matt. 13:33). Metaphors are that flexible.

Metaphors allow us to relate to what is being described. They create a familiarity that quickly constructs meaning. A picture is indeed worth a thousand words.

The apostle Paul is well known for his useful metaphors. Throughout his letters members of the church become organs of the body, and human bodies become temples housing the Holy Spirit.

Metaphors are powerful tools for learning.

The metaphor was well understood by Corinthian believers. Corinth, a city in southern Greece with ancient roots, was home to the Isthmian Games. By the time Paul started the Corinthian congregation, the games had been in existence for more than 400 years. Rivaled only by the Olympic Games (held a little more than 100 miles to the west), the Isthmian Games featured a standard diet of athletic contests, including running and boxing.

So why did Paul choose this particular metaphor to describe the life of believers, other than its familiarity to those he was addressing? And what meaning does this ancient imagery have for our lives?

Perhaps a letter written by Paul to another early church congregation can help us understand the meaning of the metaphor and Paul’s reason for using it. Writing to the congregation in Philippi, a city located in modern-day northern Greece, Paul begins chapter 3 of his letter by encouraging these Philippian Christians not to put any confidence in the flesh.

We could interpret this to mean that they were not to put trust in themselves, their accomplishments, their theological knowledge, their abilities, or in having perfectly participated in external faith traditions. Paul then makes the case that if anyone has reasons for such confidence, he could certainly claim bragging rights. After all, he was circumcised on the eighth day, a Hebrew of Hebrews, an outstanding Pharisee, and in legalistic righteousness, faultless.

If anyone had the credentials, it was Paul, the superstar “religious athlete.”

However, those accomplishments, those notable things were not the essence of his life. In fact, Paul comments about his accomplishments: “Whatever were gains to me I now consider loss for the sake of Christ” (verse 7).

So what do the lives of successful, confident believers look like? Paul unpacks the idea a bit more. In contrast to his religious résumé, he begins to share with the Philippian Christians the philosophy by which he lives his life.

He confesses that his greatest desire is to know Christ and to experience fully the life that Jesus made possible for him through His death and resurrection, both now and in His eternal kingdom.

Nothing else motivates Paul. Nothing.

Then, to illustrate his commitment to this goal, Paul employs the athletic imagery, as familiar to the Philippians as to the Corinthians. “Not that I have already obtained all this, or have already arrived at my goal, but I press on to take hold of that for which Christ Jesus took hold of me. Brothers and sisters, I do not consider myself yet to have taken hold of it. But one thing I do: Forgetting what is behind and straining toward what is ahead, I press on toward the goal to win the prize for which God has called me heavenward in Christ Jesus” (verses 3:12-14).

His words are rich with vivid meaning as he reduces his attempt to attain his goal to one approach. “One thing I do,” Paul writes as he explains it in two parts.

First, “I forget what is behind.” This is a powerful concept on the surface, even more powerful beneath the surface. The word used by Paul in the original language is a compound word that lends itself to the idea of being intentionally forgetful; to neglect or to put out of mind. Not many times is this sort of thing encouraged, but in this case it is.

While Paul doesn’t elaborate, context allows us to imagine that when it comes to living his life and prioritizing the factors that govern his life, Paul chose intentionally to forget his accomplishments, accolades, impressive training, model living, and triumphs. He may also have meant that he forgets the sins of his past; the failures that haunted him; the insults hurled at him, or the inadequacies that lived in his past.

Nevertheless, Paul reminds his readers of what they no doubt observed in the ancient games. Top-tier athletes have only one goal in mind, and that goal is ahead of them.

However, this is not where Paul ends the metaphor. “Forgetting what is behind,” he writes, “and straining toward what is ahead, I press on toward the goal.” In the second half of Paul’s one approach to spiritual life, another interesting word picture develops. “Straining” is more fully understood as stretching or reaching toward, even over, something.

The picture can now be imagined with that same runner, straining toward the goal with body bent forward, hand and foot outstretched, doing everything possible to reach the goal. We’ve all seen it with the help of slow-motion technology: the race won by the runner stretching his neck over the finish line, or the swimmer who takes gold with one final stretch of her fingers.

Applying it to his spiritual life—and by extension to ours—Paul is stretching out, reaching out over his accomplishments, achievements, doubts, fears, inadequacies, and circumstances. With every ounce of energy he stretches over the impossibilities of the past into the possibilities of the future; over the mundane into the exciting; over exhaustion into unexplained energy; over failure and into the future.

“One thing I do: Forgetting what is behind, and straining toward what is ahead, I press on toward the goal.”

Paul chose and refers to this same athletic metaphor multiple times in his letters, perhaps because it most clearly describes the intensity and determination with which he sought to fully experience the life and purpose to which Jesus had called him.

Of course, it may be safe to assume that he also chose the metaphor hoping that the imagery and the meaning behind it would inspire his readers—both then and now—to pursue the purposes of God with equal grit, determination, and intensity, knowing that the results are eternally rewarding.