The Life of Women During the Old Testament Period

Whether sung or unsung, a history of high-value service 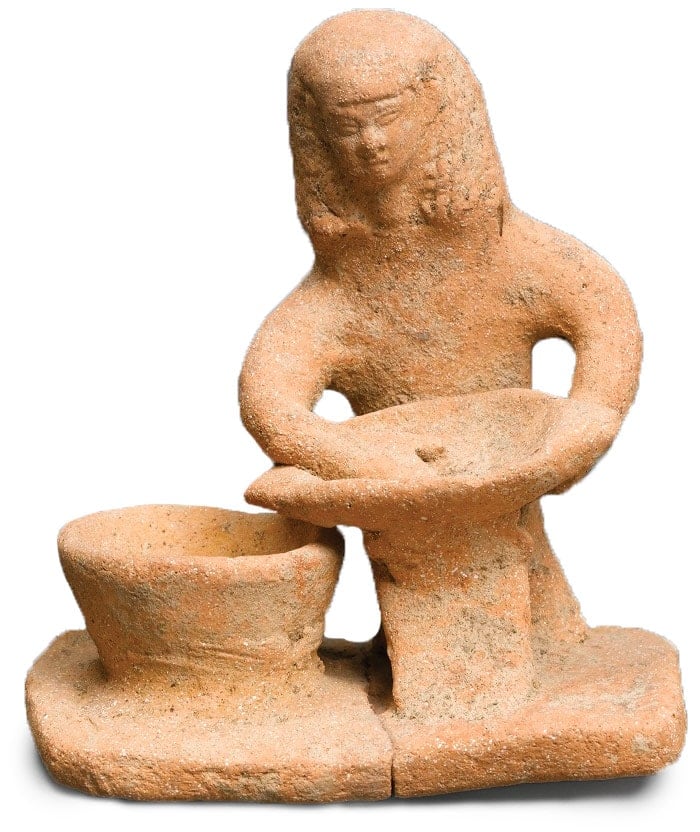 When the stories of the Bible are read, we often form images in our minds of the people, places, and costumes. I was always particularly interested in the lives of women. I enjoy reading about it in different historical periods, but my main area of concentration has been the Old Testament. When I started sharing what I had learned, I would ask my listeners what they thought women’s lives were like during the Israelite monarchy. How do you imagine their lives in that period?

Women in the Household

Let's start with the home. Separating household chores from other activities is common today. However, it was not so during most of the Old Testament period. The household of an ancient Israelite family was economically self-sufficient, providing for all the needs of the family. It was the center of life where social activities, the education of children, political decisions, and religious practices happened. Understanding the work of a woman inside the household in Iron Age Israel requires setting aside the modern view of work inside the house as being of no economic value. In a society in which the household was the main independent economic unit, any work connected with the household, such as processing the grain for eating, or processing fibers for weaving, had great economic value. Moreover, ethnographic studies of pre-modern societies have shown that even though responsibilities and activities are divided according to gender, the division is not hierarchical, but much more complex.1 Many of the tasks were also shared. The Bible mentions male, but also female shepherds, such as Rachel and the daughters of Jethro. Women also worked in planting and harvesting alongside men (Ruth 2).

Women are often portrayed baking in the Old Testament. The witch of Endor baked bread for Saul (1 Sam. 28:24); Tamar was called specifically to bake cakes for her brother Amnon (2 Sam. 13:8); and the widow of Zarephath was about to bake her last bread when Elijah found her (1 Kings 17:12, 13). Baking is only one step in the complex process of producing bread, one of the main staples of the ancient Israelite diet. As already mentioned, processing of the grain into edible products was done mainly by women. Grinding preceded the baking. The presence of implements and installations for grinding and baking within each household demonstrates that the work was done within the household, and the presence of several sets of grinding stones suggests that women worked in groups. Further archaeological evidence for women baking bread in groups comes from the communal dough-kneading trough found at Tel Dor, Israel,2 and from the location and number of ovens in settlements, some located in between dwellings, which also points to shared use.3 There are also objects and paintings as evidence that women were the ones to grind the grain and knead dough, such as a figurine from ez-Zib4 and tomb paintings and models from Egypt, which portray women involved in bread-making.

Another activity often associated with women was weaving, such as the women weaving for Asherah in the temple (2 Kings 23:7). Even though this reference is related to worship, the fact that women were weaving outside the household could indicate that within the household that activity was also one of their tasks. The plural form is notable, implying that several women shared that task and perhaps worked together. Ancient weaving instruments, such as spindle whorls, loom-weights, and needles, are commonly found in excavations of Iron Age Israel. Again, the presence of several sets of implements indicates that women worked in groups.5 Because of the large amount of work that goes into producing textiles and clothes, this activity was of considerable economic value to the household. The value of garments can be seen in the Bible in the Joseph narrative, where a special and probably more expensive tunic was given to Joseph by his father (Gen. 37:3).

Women’s tasks inside the household often extended outside through the informal networks formed between neighbors, as women got together to grind, bake, spin, or weave. These informal associations were essential to maintaining community life, and impacted social and political life in the community.6 Working in groups allowed them to exchange information about the needs and concerns of the community and voice their opinions about them. Ethnographic data suggest that women could even influence the outcome of legal or political decisions.7

But women did much more than that outside the household. Seals and bullae8 bearing women’s names account for approximately 3 percent of the currently known seals and impressions.9 Since seals were used in legal or economic documents, this indicates that women participated in the community in both legal and economic matters. Written evidence such as ostraca10 containing women’s names, indicates that women could take part in economic transactions.11 This evidence also suggests that these women were educated, and could read and write.

The Bible also shows women’s shared participation in religion. According to 1 Samuel 1:24, 25, Hannah, Samuel’s mother, brought her son to the temple and performed the dedication rites and the Nazirite vow with the priest. Earlier in the text, Hannah came to the tabernacle alone to petition before God, indicating that women were allowed in the public areas of the tabernacle (1 Sam. 1:9-12). Women are again portrayed within the temple precinct during the monarchy, indicating that women were probably allowed in the temple area throughout the First Temple period (2 Kings 23:7). Women worked at the entrance of the tent of meeting (Ex. 38:8), perhaps in some cult-related capacity or preparing the sacrificial meals that were to be eaten in the sanctuary.12 The Hebrew verb used in this instance is a term related specifically to the work of Levites in the temple. And women could also partake in sacrificial meals (1 Sam. 1:4, 5; 2 Sam. 6:19).

Female prophets such as Miriam, Deborah, and Huldah are also known in the Bible (Ex. 15:20; Judges 4:4; 2 Kings 22:14-20). Second Kings 22:23 implies the presence and participation of women in cultic activities and festivals, since the husband of the Shunammite expected her to go see the man of God on a new moon or a Sabbath.

However, one of the most interesting texts relating to the religious participation of women in religious practice is the Nazirite vow in Numbers 6. The Bible states that both men and women could take that vow. The Nazirite vow brought a common Israelite person as close to holiness as the high priest. Only the High Priest and Nazirites were completely banned from touching corpses, even of those closest to them. As Roy Gane puts it, “Although the Lord has set up a closed priestly circle to do special sacred tasks in intimate proximity to himself, he allows any member of his “Kingdom of priests and a holy nation” (Ex. 19:6) to reach a high level of holiness as a Nazirite.”13

As seen above, both archaeology and the Bible indicate that women participated in all aspects of life in ancient Israel, economically, socially, and spiritually. Proverbs 31:10-31 touches on all of these characteristics as it describes the “Woman of Valor.” Things were probably somewhat different from what many imagine it to have been.

Archaeologist Christie Chadwick, professor of Old Testament and biblical languages at the Adventist University of Brazil (UNASP), has participated in digs in Jordan and Israel.

Ethnographic data suggest that women could even influence the outcome of legal or political decisions. 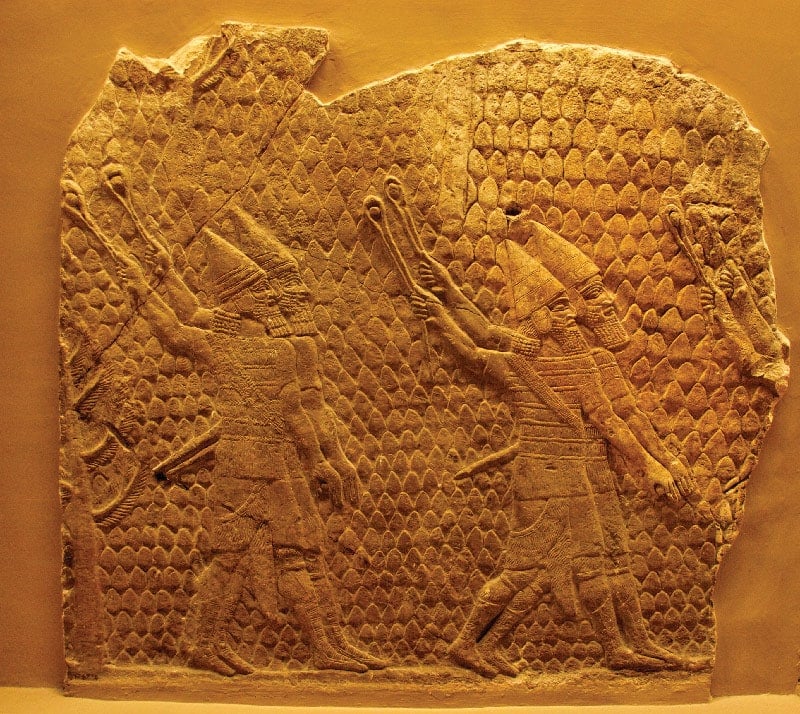 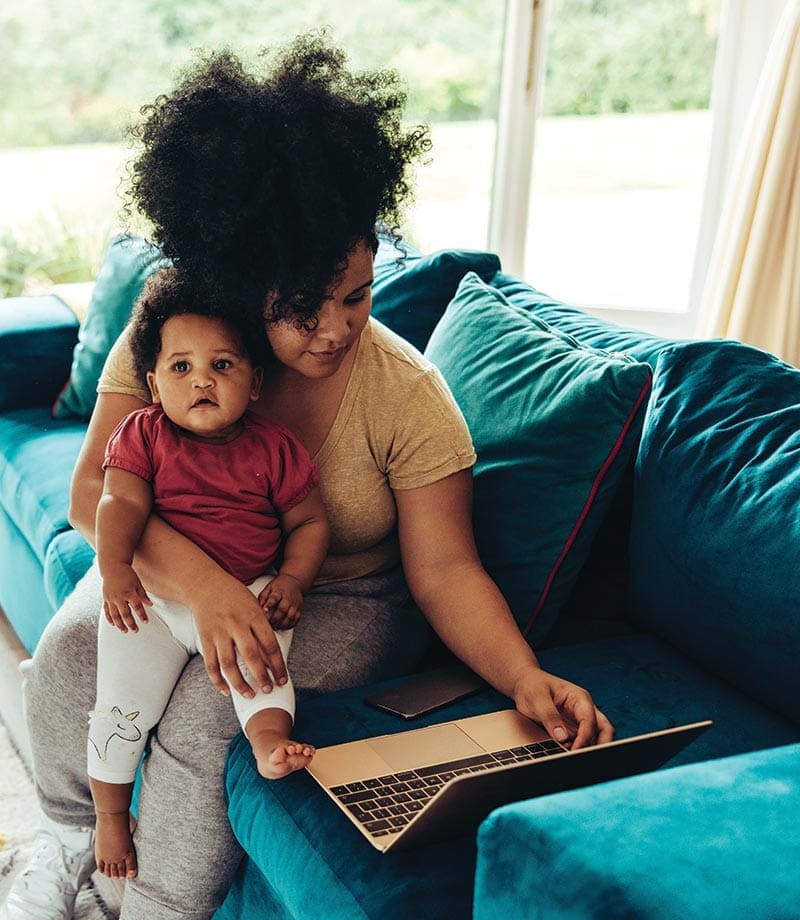