​The Pandemic, a Documentary, and a Welcoming Church 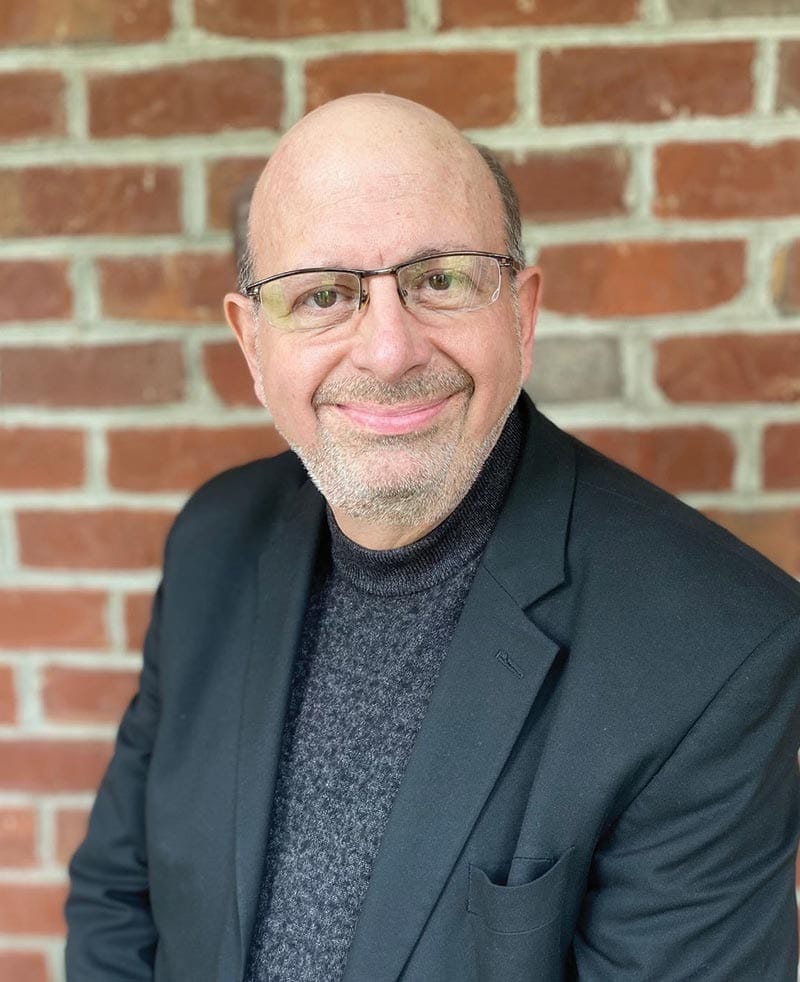 It was early summer 2020, and daily positive COVID-19 cases were spiking to record numbers throughout the United States. Mark Janacek, like many people, was unable to worship in person with his fellow church members in Columbus, Ohio. As the lockdown continued to take its toll, he sensed a growing spiritual void within himself.

“Looking back, I realize the Lord used that time of lockdown to work on my heart,” Janacek says.

One Friday evening Janacek was streaming through Amazon Prime Video, searching for something to watch, when he noticed The Days of Noah,1 a four-part documentary produced by Laymen Ministries, a Seventh-day Adventist supporting ministry headquartered in northern Idaho. He didn’t know anything about Adventists, but the film title intrigued him, and he decided to check it out.

“That documentary absolutely grabbed me,” Janacek says. “As I watched the program it was evident to me that God was doing something in my heart. I wasn’t sure at that point what it was, but I went through the program in depth several more times, just taking notes and digging through the Scriptures. It became kind of a project—a journey—and the Holy Spirit was speaking to me.”

“Revelation 18:4 just leaped off the page and shifted the tectonic plates of my spirit in a way that I just don’t have words to explain.”

The documentary led Janacek to develop an interest in church history, so he began researching the early beginnings of the Bible, the Protestant Reformation, and the Millerite and Adventist movements.

“The Days of Noah was actually a launching pad. Several church history and other videos and studies followed, which I would say added to the depth of the experience,” Janacek says.

As the son of a Protestant denomination pastor and more than 50 years as a Christian, Janacek wasn’t unfamiliar with the Bible. Many of the biblical doctrines he was learning through The Days of Noah, however, were new to him, and the Holy Spirit, he says, led him into the beginnings of an understanding of the seventh-day Sabbath, the sanctuary message, the centrality of the Sabbath within the sanctuary message, and end-time prophecies.

“They became very clear to me. The film did a great job of explaining them,” he says. “But it was the passage in Revelation 18:4, which refers to ‘Babylon’ and says ‘Come out of her, my people’ that changed my life. That scripture just leaped off the page and shifted the tectonic plates of my spirit in a way that I just don’t have words to explain.”

Janacek then reached out to Jeff Reich, founder and director of Laymen Ministries.2

“I had some questions for him,” Janacek says. “He was very gracious and e-mailed me back, and we corresponded briefly. That was near the end of the summer in 2020.”

Janacek soon began searching for a local Adventist congregation and found one in the nearby city of Worthington, about 12 miles from where he lives in Columbus, Ohio’s state capital. He began virtually attending the 800-member church each week, then when the church opened for in-person worship, he showed up one Sabbath at their door.

“I was really nervous on my first visit there, but everyone was very nice, very kind,” Janacek says. “One gentleman said, ‘You have to meet the pastor,’ and he took me and introduced me to him. The pastor right away pulled out his cell phone and scheduled a meeting with me for that same week. I was astonished.”

Worthington church pastor Yuliyan Filipov says that right after COVID hit, he and his wife, Milenka—natives of Bulgaria who immigrated to the United States in 2003—began praying for God to bring to the church people who already had been searching for biblical truth. When Janacek showed up, Filipov thought to himself, God is faithful. He’s answering our prayers.

Janacek was impressed with not only the pastor but also the worship service.

“I sensed a spirit completely different from what I was used to,” Janacek says. “The leadership and the music leadership—they were not performing, they were ministering. Tears rolled down my cheeks. It was a moment I think the Lord affirmed that this was where He wanted me to be.”

The spirit of ministry that Janacek noticed wasn’t happenstance. Filipov says the Worthington church praise team used to be more performance-oriented, but that in 2017 he and his congregation cast a new vision for the church.

“We want to be a treasury of God’s grace, a place where people are actually safe to love, to cry, and to be real,” explains Filipov, who has served as lead church pastor since 2011. “We have embraced the mission of Jesus: to love God, to serve others, to disciple all, and to mentor the young. We have pledged to give a lasting spiritual legacy to the next generation. We believe that no one should walk the path of life alone, and that love can write our stories, because we are the church, the body of Christ, the hope for this world.”

As a result of this focus, Filipov says, membership has grown, and the average age of the church members has dropped from 62 to 51.

Janacek began studying the Bible with the pastor. Later others were added to the study group, which has now grown to about a dozen members. Janacek was baptized into the Worthington Seventh-day Adventist Church on April 10.

“Even though I could have joined the church by profession of faith, I chose to be rebaptized, because this is a completely new understanding of the faith I’ve held for a long time,” Janacek explains. “It holds new meaning for me on a completely different level.”

Janacek concedes that after being an active leader in other Protestant churches for many years, accepting and following Adventist beliefs is a paradigm shift for him. He says he’s always sensed, though, that God had something different in store for him.

“I did a bit of a searching when I was a young man as well, but I’ve never been this on fire for the Lord,” he says. “Activities I used to enjoy no longer hold interest for me. My priorities have changed.”

Previously a businessman and a journalist, Janacek is now writing religious prose and poetry to praise his Lord. He’s also involved in outreach and mission in his local church, such as leading a grief recovery program. His heartfelt burden is to share the gospel message with others.

“I don’t know how many people come into the Adventist Church the way I have. I suppose, as with other denominations, some people are born into it. Everyone’s experience is on a unique level,” Janacek says. “But it’s up to all of us to share the message; and to do that, God has to be primary in our hearts.”