We can spend time chasing the devil’s rabbits. Or not. 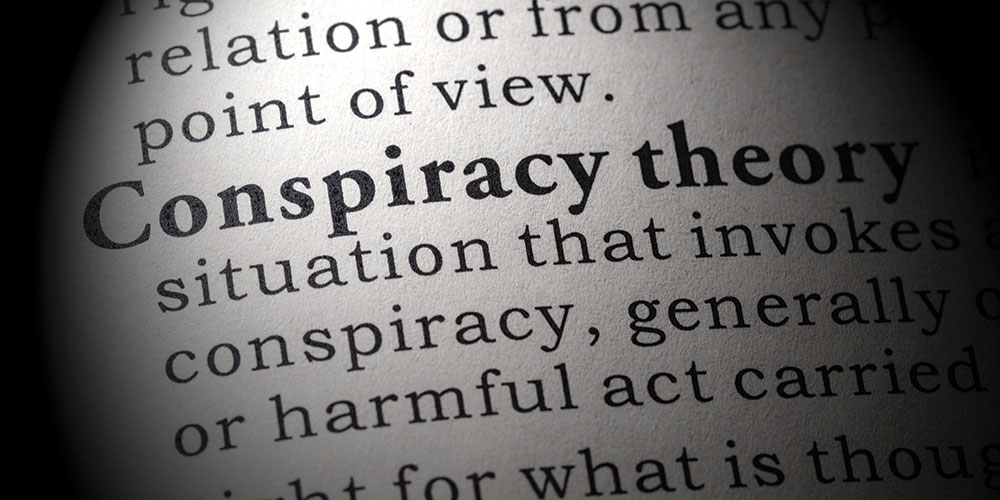 God created us to be naturally curious about the world. We want to put the puzzle pieces together and solve the mysteries we see around us.

When it comes to Bible prophecy, it may be tempting to “help it along” by coming up with fictional theories. Every year or so, a recycled rumor gets released that a world leader somewhere will be holding a meeting to announce that an international Sunday sacredness law will go into effect at a specific time and place. At every recycling, people post these stories on social media and e-mail their pastors to find out if they are real. The stories never pan out. Instead, people become disillusioned at those who repeatedly share these conspiracy theories, and eventually ignore them.

Fake conspiracy theories can be a jumble of fiction, truth, and exaggeration calculated to get people to pay attention and waste whatever positive influence they may have. Some can severely damage a person’s reputation and Christian witness.

We can read a headline and share a conspiracy theory with hundreds or thousands of people in a fraction of a second. A flood of raw data online and in television’s 24/7 news cycles makes Jesus’ warning that “you will hear of wars and rumors of wars” (Matt. 24:6) seem more likely today than ever before.

So how do we tell the real from the fake news? The Bible gives us some hints.

Hearing what you want to hear, doesn’t make it true.

The apostle Paul warns us that “the time will come when people will not put up with sound doctrine. Instead, to suit their own desires, they will gather around them a great number of teachers to say what their itching ears want to hear” (2 Tim. 4:3).

Sometimes you might have a pet theory as to why something is happening, and you search for a key phrase. Chances are, many others have had the same passing thought, and you might find many websites that reflect your opinion on it. The problem is that your theory might not be true—but it may feel good to know that you’re not alone.

False prophets, or people who claim that God has revealed something unique to them, can present themselves with uncommon amounts of piety.

Psychologists call this “confirmation bias,” which is the “tendency to search for, interpret, favor, and recall information in a way that confirms or supports one’s prior beliefs or values.”1 You might not be hearing the truth—you’re just having your thoughts repeated back to you. People you respect may have bought into a false theory, but that doesn’t mean that its true.

Jesus warned that “false christs and false prophets will arise and perform great signs and wonders, so as to lead astray, if possible, even the elect” (Matt. 24:24, ESV).2

While most Christians may not fall for a “false christ” scam, it is more common to fall for stories told by “false prophets.”

False prophets, or people who claim that God has revealed something unique to them, can present themselves with uncommon amounts of piety. They may strictly follow all the rules and make a big show of their dedication to God. Sometimes they even call out others for religious infractions and speak in long flowery language. But that does not mean they are telling the truth.

Every so often a religious leader might pass along a false conspiracy theory. You’ll be tempted to take it as truth simply because of whom you got it from. But even the “elect” can be deceived.

Test theories to see if they are true or false.

“Beloved, do not believe every spirit, but test the spirits to see whether they are from God, for many false prophets have gone out into the world” (1 John 4:1, ESV).

When I was in college, some people tended to thrive in finding something wrong with everything. Some on the fringes of the church made an industry out of videos about “Jesuit infiltrators”  and secret gatherings. For students with active imaginations, this information, conveyed in hushed tones, seemed so exciting.

But when the facts of what was allegedly happening were sought after, the stories started to fade. There are no clear pictures of the Loch Ness monster or bigfoot, and similarly, there were no specifics when it came to these theories. It didn’t take long to realize that the stories were false.

An easy way to tell if a conspiracy theory is false is that the people spreading it will avoid giving any specific information that can be instantly verified. Supporting evidence is often from questionable sources. Those spreading the theories may provide bizarre explanations for glaring gaps in the information, and might even try to convince you that you are willfully blind to the “truth.” Arguing with a conspiracy theorist is an exercise in futility. If you accept the smoke screen of a false conspiracy theory that claims to have all the answers, you would have been prevented from finding out the actual truth.

While the “very elect” might fall for a false story, chances are other Christians that you trust and respect have not heard about the conspiracy. If somebody passes along a false report, you might want to prayerfully vet it privately with a couple close friends who are not prone to fall for conspiracy theories generally. Ask them if it passes the “smell” test—does it make sense? Does it contradict established truth? Is the source reliable? If they don’t believe it, or express serious concerns, it might very well be false.

Resolve to tell the ultimate truth.

“For I resolved to know nothing while I was with you except Jesus Christ and him crucified” (1 Cor. 2:2).

Many conspiracy theories were floating around in the early days of the church. But Paul realized that he had a short amount of time, and he wanted to focus on bringing people to Christ through preaching the gospel. Even if a conspiracy theory is true, what do you gain from chasing the devil into his lair?

Years ago a fad within certain groups played records backward to find hidden evil messages. The Christian band Petra put on one of their songs a quick “backward” message that said, “Why are you looking for the devil when you ought to be looking for the Lord?”

It’s easy to get caught up in what’s wrong in the world. And it’s easy to forget that Christ is calling us to share His love and the hope of eternal life. When our time on earth is complete, all that will matter is Jesus Christ and Him crucified.

Michael Peabody is an attorney and president of Founders’ First Freedom, a nonprofit organization dedicated to preserving religious liberty. He writes from Los Angeles, California. He blogs at www.religiousliberty.tv.