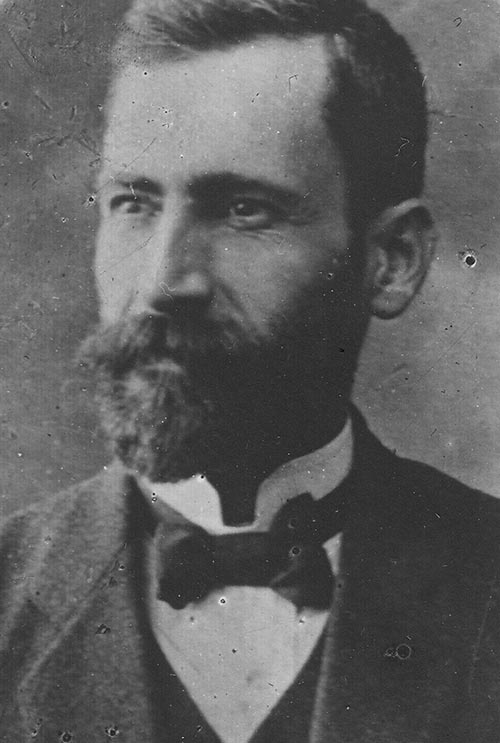 It was the first genocide of the twentieth century. One hundred years ago the Young Turks regime began to systematically annihilate the Armenian population in the Ottoman Empire. It was a crime of monstrous dimensions, which victimized not only Armenians but also Christians of Aramaic, Chaldean, Assyrian, and Greek origin, including all denominations. The goal was to create a new Islamic national state.

According to credible estimates, more than 1.5 million Christians in Asia Minor lost their lives between 1895 and 1922. More than a quarter of the population of the Ottoman Empire confessed Christianity until 1914; today only a few thousand remain as a far-reaching consequence of this disaster that was marked by forced conversions, deportations, flight, and continuous emigration because of exclusion and discrimination.

Almost two decades after the catastrophe, Adolf Hitler took the genocide of the Armenians as a model for his murder of millions of Jews. Because the world had not protested against the Armenian Genocide, he believed he could proceed as brutally against the Jews, because, in Hitler’s words: “Who, after all, speaks today of the annihilation of the Armenians?”

Elie Wiesel spoke in this context of the “Holocaust before the Holocaust.” Hans-Lukas Kieser noted that though the Armenian Genocide was no “industry like Auschwitz,” it was certainly “a highly organized manufactory of death.” While most historians recognize a full-fledged genocide in the perpetrated massacres and deportations—the infamous death marches—some until today deny this and rationalize the dead as victims of the chaos of war and famine.

The crimes committed by the Young Turks movement resulted in a deathblow to the young and flourishing Adventist Church in Turkey, which had evangelized the country since 1889. Nearly 250 of the almost 450 church members in Turkey, most of Armenian descent, died in the most cruel manner. Some others were able to flee to such countries as Syria, Lebanon, Egypt, the Soviet Union, or Greece; and a few were able to emigrate to the West. Among the 250 Adventist victims were probably 50 unbaptized adolescents and children. The exact number of Adventist victims can no longer be determined, because some of these “lost” children probably survived by “adoption” and forced conversions after their Adventist parents had been killed.

After the genocide, the Adventist Church in Turkey had fewer than 100 members, mostly living in and around Istanbul. Most of them emigrated in the subsequent decades. The Adventist Church in Turkey never recovered from the mass murder of its Armenian members. That these 250 Adventists, together with their children and young people, died as martyrs because they kept their Christian faith in a hostile world, seems to have been little noticed by the Seventh-day Adventist world church until now. The present article reminds us of the heroic faith and courage that these Adventist martyrs demonstrated 100 years ago.1

Persecution and Signs of Impending Disaster

From its beginning, Adventist Mission in the Ottoman Empire was forbidden. Persecution and oppression of Adventist members, local colporteurs, and pastors was the order of the day. Zadour G. Baharian, a founder and father of Adventist Mission in the Ottoman Empire, was detained more than 30 times in the course of his 23-year mission service before he was martyred in July of 1915. His legacy reads: “Although the path appears to be very dark in front of us, we know that God is light.” 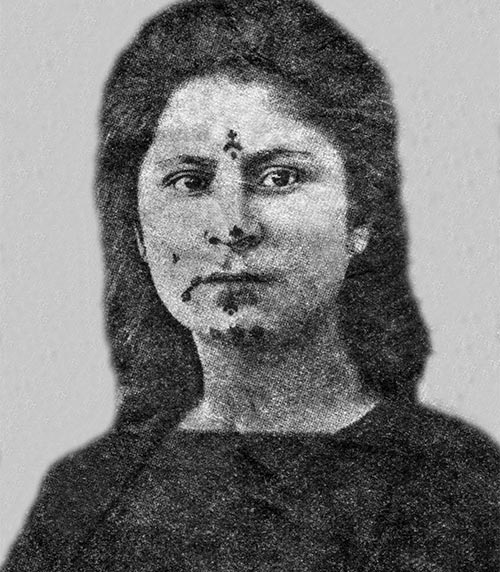 Frequently Baharian spent several days, weeks, and months of the year in dark prison cells. He used a longer detention period—from 1904 to 1905 in Urfa—to train two of his closest fellow workers, A. M. Buzugherian and E. Ayvazian, who were imprisoned together with him. Only in 1908 did the Adventist Church receive a degree of freedom (freedom of press and assembly) through the political upheavals of the Young Turk movement, which united liberal enlightenment ideas with Turkish Islamic nationalism. But that freedom was deceptive and did not last long. In order to prevent the breakup of the empire, Islam was soon declared to be the absolute state ideology, and Christians became enemies of the state. The Young Turk movement hyped the “Armenian issue” to make it an “existential question” for the nation. These were harbingers of genocide.

The killing of at least seven church members who are known by name, as well as some children in 1909 in the region of Adana, served as a terrible shock for Baharian and the Armenian Adventists in Turkey. Exactly how many Adventists were killed during that time remains uncertain.

The fate of Seventh-day Adventist church leader Hadji Kupelian was reported by an eyewitness: “A Turk, who was standing close to him, wanted to shoot him. Brother Kupelian bared his chest and said, ‘I am ready—shoot!’ The Turk then let him go. Brother Kupelian turned and walked a short distance, when another Turk stopped and shot him. I heard that this dear brother was ordered to accept Islam. He replied that there was only one true faith, the faith in Christ.”

During that time the massacre in the area of Adana led to the deaths of 20,000 Armenians. Baharian rightly feared for the future. For him and his fellow church members, the increasing Islamic intolerance and the political-religious hatred against the Christian population in the Ottoman Empire served as evidence of the beginning of the fulfillment of prophesied apocalyptic end-time events.

On April 24, 1915, following the outbreak of World War I, surviving Armenian intellectuals were arrested in Istanbul and murdered. More deportations and massacres continued, which were declared “war-related.” In July 1915 Baharian was ambushed on a mission trip in Anatolia. It took years for the circumstances of his death to become known. According to the report of an eyewitness of the murder, Baharian was killed near Sivas by Kurdish militiamen. He was asked to renounce Christ and convert to Islam on the spot. When the courageous missionary resisted and folded his hands in prayer, he was shot in cold blood. The murderers sold his clothes and shoes in the marketplace.

L. R. Conradi wrote about him in 1925 retrospectively: “Brother Baharian knew that one day he would lose his life. So he told himself, ‘If I would not be ready for this, I would have left this mission field long ago.’ ” Muslims killed a large number of Christian clergy. Adventist pastors were confronted with the choice to either accept Islam or begin the death march, which ended with death by starvation in the Syrian desert near Deir ez-Zor (now near Raqqa, currently a stronghold of the “Islamic State”). Adventist orphans, whose parents had been killed, were forced to convert and were disfigured by their persecutors burning marks on their faces.

Serpouhi Tavoukdjian, an Adventist who survived in an Arab harem, tells of these agonies: “They held me, and in front of a large crowd, a woman drew the Turkish crescent moon with the stars on the forehead, cheek, and chin. The tattooing was very painful. I was supposed to be educated as a Muslim and marry the son of my Arab lord. But I kept praying to Jesus, and He freed me after years of waiting and loneliness in a miraculous way out of slavery.” Serpouhi managed to immigrate in 1924 to the United States.

She told of her dramatic experiences in the book Exiled: Story of an Armenian Girl, published in 1933. Almost all of her Adventist family members lost their lives during the genocide. It is heartbreaking to read her report from the death march before being incorporated into the harem: “We approached the desert and were close to dying from starvation. Then one day an Arab captain came and asked my desperate mother to let me go with him. My mother knew that she would die. But she refused to accept money for me and asked the Arab only, in God’s name, to treat me well. When she handed me crying to the stranger, she whispered to me that I had brothers in America who would find me someday. This was my only hope. My mother and my little brother watched me for a long time as the Arab led me away. Soon after, my mother lost her life, and my little brother also died. The soldiers gouged out my sister’s eyes, just to torture her; she too died soon from the effects of terrible abuses.”

Like Baharian, other Adventist pastors and mission workers, some with their families, were murdered or tortured to death, losing their lives for publicly confessing their Adventist faith. Of 12 Adventist colporteurs, only two survived. However, the names of most Adventist victims of the genocide remain unknown. The list of Adventist victims compiled between 1918 and 1920 by Heinrich Erzberger, mission president in Constantinople, appears to have not survived.

In addition to Zadour Baharian, the most prominent Adventist victim of the genocide was certainly Diran Tcharakian.2 University professor, poet, and master of the Armenian language, he had only become an Adventist in 1913. After the death of Baharian, this charismatic intellectual took over the spiritual care of the persecuted members. Tcharakian described the horrific death march of more than 600 miles (1,000 kilometers) he had to endure. To the end, he wrote letters and secret messages on small pieces of paper, sending them to the Adventist Mission staff in Constantinople by paying someone. On one of these notes he wrote in 1921 with a trembling hand, shortly before his death on the banks of the river Tigris at Diyarbakir: “And when I walk through the valley of the shadow of death, I will fear no evil, for you, my God, are with me” (see Ps. 23:4). In the “valley of the shadow of death” they lost their earthly lives as a price for their faithfulness, but nobody can take from them their heavenly “crown of life” (see Rev. 3:11).

Daniel Heinz, Ph.D., is director of the Historical Archives of the Seventh-day Adventist Church in Europe, and lives at Theologische Hochschule Friedensau in northern Germany.

“Then Herod, when he saw that he was deceived by the wise men, was exceedingly angry; and he sent forth and put to death all the male children who were in Bethlehem and in all its districts, from two years old and under” (Matt. 2:16, NKJV).*

It is both an old story and a terrible story—as old as the stories of the Bible and as new as the headlines emerging from Iraq and Syria. A despotic power, intent on eliminating all perceived threats to its rule, seeks to crush those who put their faith in God, often targeting the weakest and the young. There is no accounting for the irrationality of evil, or why those living peaceably among their neighbors would be singled out for persecution, torture, and death. Esther and her people among the Persians; the baby boys of Bethlehem in Herod’s awful reign; Christians during the reign of many Roman emperors; Waldenses and Protestants when emperors were succeeded by popes; Chinese Christians in the age of Mao—all these and many more are mileposts on the death march despots plan for all whose faith holds out a candle in the darkness.

At Christmas—and all through the year—believers are reminded that the persecuted deserve and need our prayers and our involvement. Pray for the persecuted; insist that legislators and politicians no longer do business with those ungodly powers. Lift up your voice on behalf of those who cannot speak for themselves.

To learn how you can help, go to:
adventistliberty.org/mission-parl
amnestyusa.org/our-work

Commentary
Practical Humility
What does it take to forgive and be forgiven? 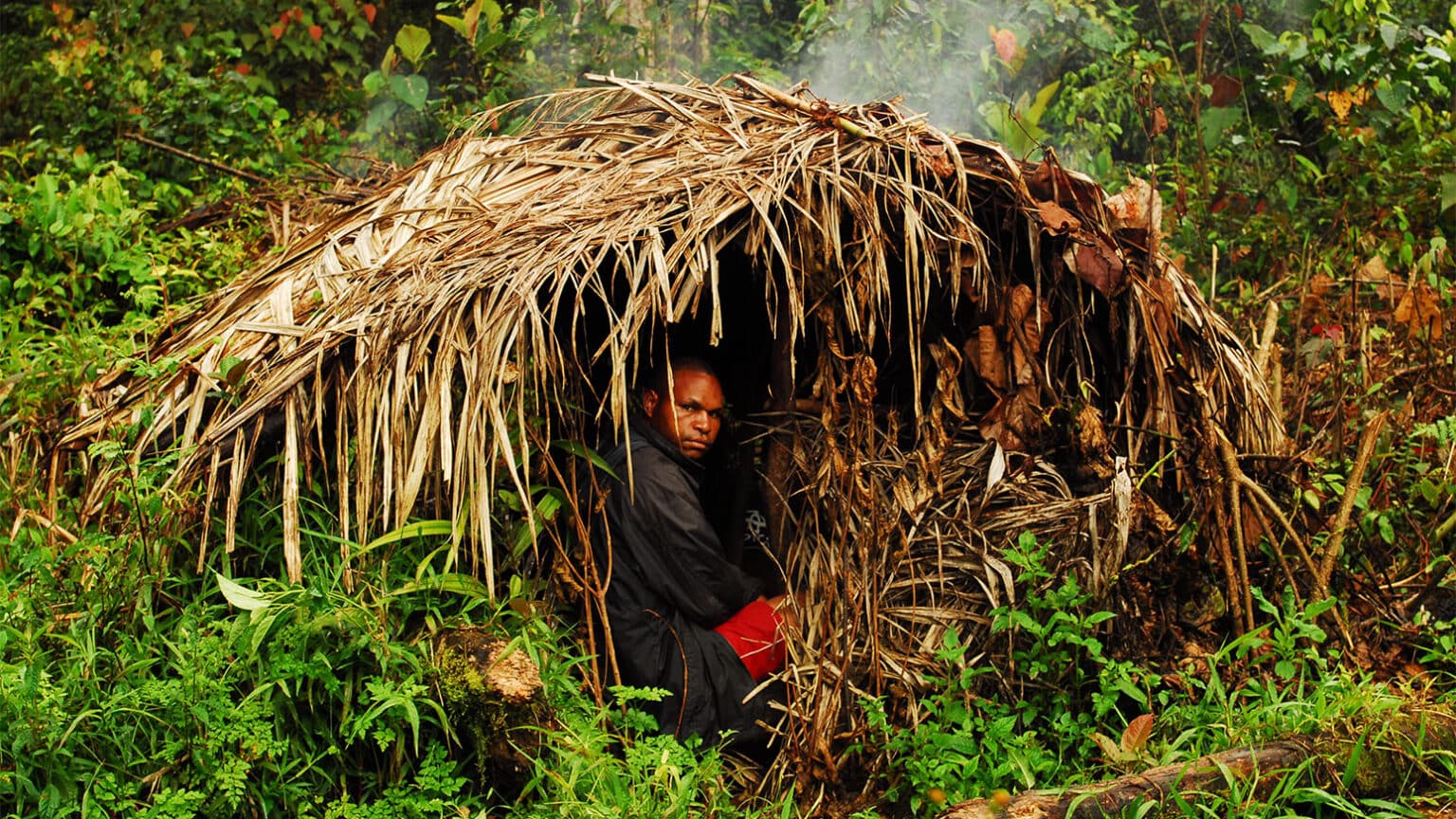