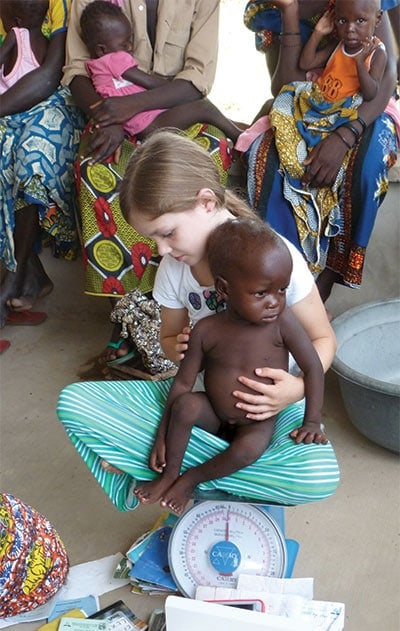 Three simple brick buildings opened as a memorial to the 4-year-old son of U.S. missionaries in a village in Chad. In just a few months the Béré Adventist Nutrition Training Center has saved the lives of more than 50 malnourished children. In the process it has opened the door to sharing the Adventist message in nearby villages.

Twice a week the nutrition center, as it is known, provides parents of malnourished children with a daily milk formula and a multivitamin to supplement the children’s normal diet.

The children, typically between 6 months and 2 years old, are weighed and measured with the help of Phillip, a soft-spoken Chadian worker with a good-natured grin. Then the center’s registered dietitian, Sarah Macomber, based on the child’s individual caloric needs, calculates a specific formula to give them each day for the coming week.

“It’s so clear that God is working here when we see babies gaining weight every week despite the difficult living conditions they face,” said Macomber, who moved to Chad from Centerville, Ohio, in November 2013. She is one of three U.S. missionaries running the center full-time.

The missionaries—who provide free health education, plant a market garden, and survive without electricity or home comforts—seek to meet the needs of a community where two in five children under the age of 5 suffer from chronic or severe acute malnutrition, a problem that gives Chad one of the highest child mortality rates in the world. Many local families survive as subsistence farmers, relying on their harvest to carry them through a dry season until rain returns. Food availability is often stretched to its limit.

One 8-year-old girl traveled 16 miles (26 kilometers) to enroll in the program at Béré, a town of about 60,000 people located eight to 12 hours by car, depending on the season, from Chad’s capital, N’Djamena. Her weight was a meager 32 pounds (14.4 kilograms) when she arrived. Her father had to carry her because she did not have the strength to walk. After a week of treatment she walked in on her own to get weighed.

“She gained two and a half kilograms in one week!” Macomber said of the six-pound gain.

The center was originally created by Gary and Wendy Roberts as a memorial to their 4-year-old son, Kaleb, who died of malaria in 2009. They managed it until summer 2014, when, at the request of the General Conference, they moved to Indonesia. Mike Kelly and wife, Chris McClure, a couple from Tillamook, Oregon, entered as codirectors in the fall.

Since its official reopening, the center has helped more than 200 mothers, and more than 50 children have graduated from the program after reaching a normal weight. Graduates receive a knit hat as a gift from donors in the United States.

Not all children manage to improve, however. “Sometimes they just come too late,” said codirector Chris McClure, a specialist in early childhood development. “One family that lost a child was so thankful for the staff’s efforts that they gave the center a chicken in appreciation.”

The center’s influence has opened the door to the gospel in a nearby village. When the village chief’s daughter came to the center for help, there was no Adventist presence in her home village. Afterward, when a Bible worker went to share with the village, many villagers were impressed by the care she had received and were ready to hear what he had to say. A congregation blossomed, and the district pastor is preparing to form a full-fledged church.

The center operates on a budget of about US$2 per day per baby, which falls between $800 per month during slow seasons and $2,000 per month at peak malaria periods. Funds come through donations to the staff’s home churches and Adventist Health International. A market garden has been created to offset a portion of the costs.

“We don’t want to wait until they come to us,” said codirector Mike Kelly, a nurse with more than 40 years’ experience. “We want to go to them like Jesus did.” ~

David Macomber is a mission pilot for various Adventist projects in Chad. He is married to Sarah, the program’s dietitian. 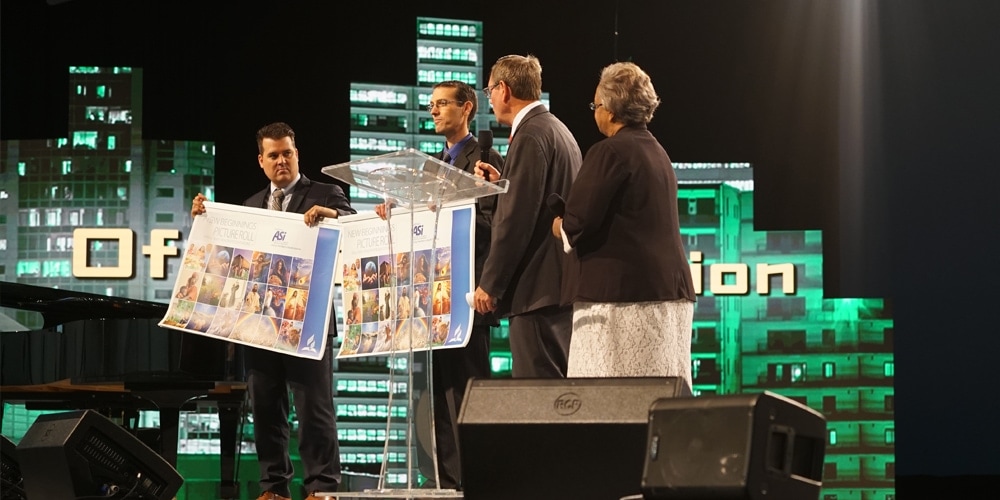 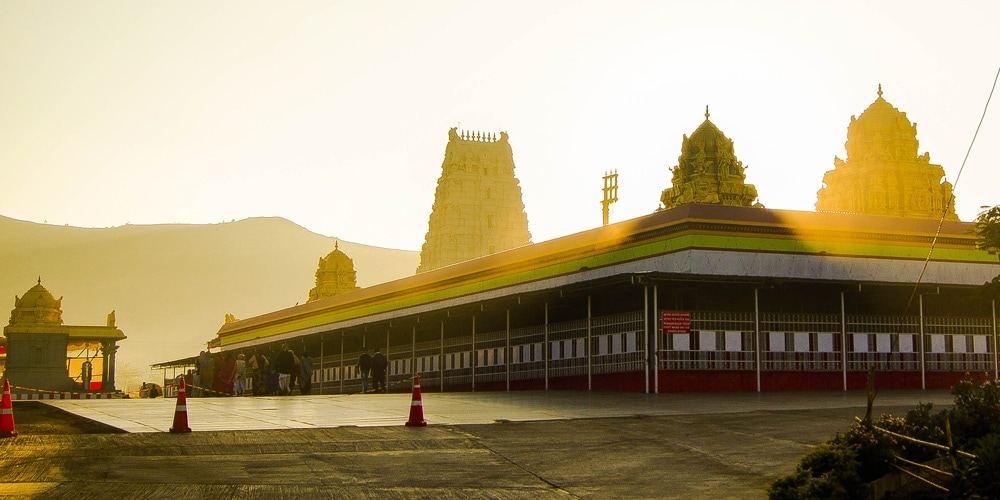 News
A Mission to Help Babies Gain Weight in Chad 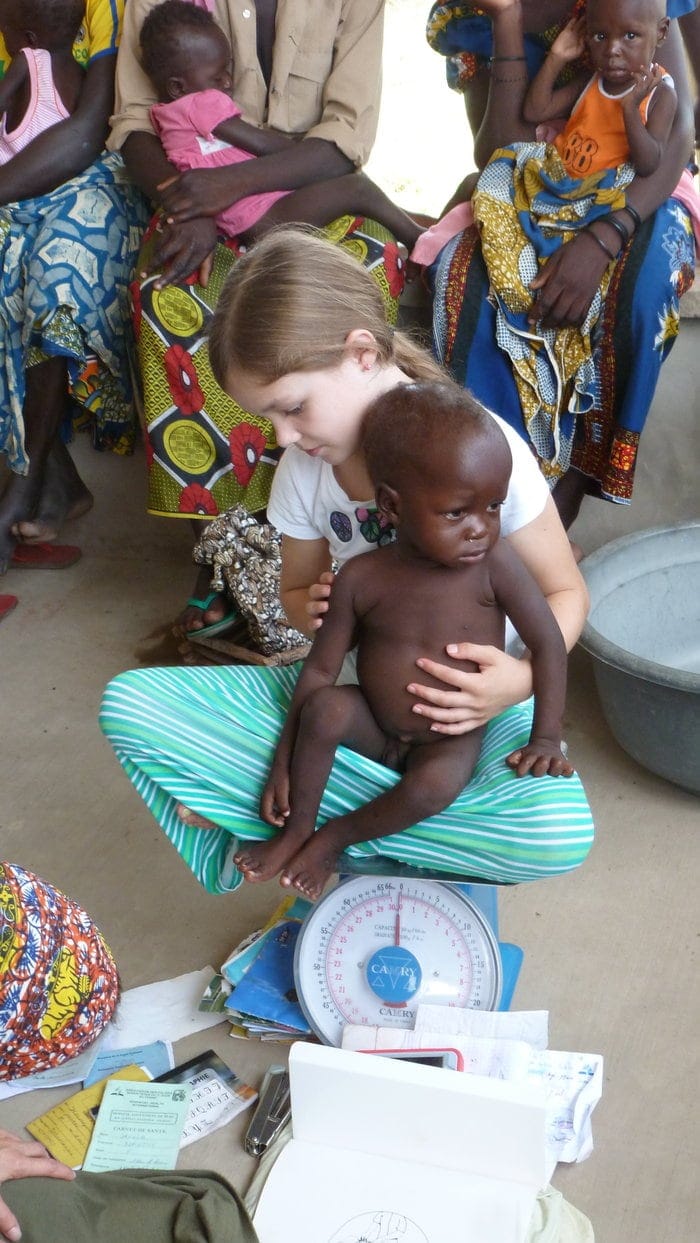