A Mission Among Challenges 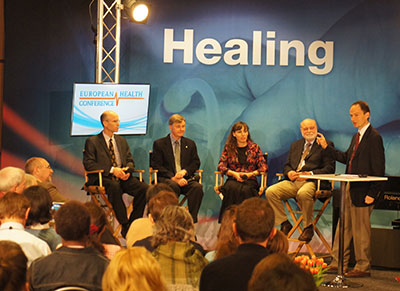 Formed in 1971 of geographical territories previously administered by both the Central European and Trans-Mediterranean divisions, the Inter-European Division (EUD, formerly Euro-Africa Division) oversees the work of the

It is in Europe that Christianity emerged through the centuries; it is in Europe that Protestantism was born. Today Europe is secular. But while people reject traditionalism and institutionalism, they yearn to hear about God and His Word.

The activities and results seen in this division are the outcome of a common commitment to realize the mission Jesus appointed 2,000 years ago: go and make disciples.

Projects That Identify the Inter-European Division

The EUD, in essence, is a patchwork. Languages, cultures, and traditions throughout the region are very different. The challenge for our Adventist churches to present and reach out to people in a way that will be clear to them is enormous. Nevertheless, the mission continues, and we are proud to present to you some of the experiences we have had during this quinquennium.

Church members are our best witnesses, and are eager to learn and hear stories about how the mission is carried out in other places. Bobbio Pellice, a well-known place in the ancient Waldensian territory (northern Italy), and with a strong history in Christianity, was chosen as the location for the EUD’s program “Be My Disciple.” Ted N. C. Wilson and his wife, Nancy, were among the guests encouraging members to discover their potential for mission. The Inter-Ministries Convention in Rimini, on the Adriatic Sea, was a special opportunity for church members with a solid interest in preaching the gospel. General Conference workers Bill Knott, Ella Simmons, and Willie and Elaine Oliver, and leaders from our division, were involved in sharing experiences and messages to motivate the participants. A large portion of time at the core of our meetings was dedicated to prayer and for the calling of the presence of the Holy Spirit. The audience was challenged to share their faith in countries in which secularism and postmodernism affect the spirituality of the population.

Distribution of The Great Controversy was encouraged. Recommendations were clearly made to our members about how to present the book to the people in the community, explaining that some chapters could bring significant questions in readers’ religious journey, since many in Europe have their own unique way of approaching spiritual issues and are often reluctant to be challenged in their beliefs.

In our European society it is not easy to invite people to attend conferences to receive a message from God. Therefore, “media evangelism” is prominent, allowing the message to enter houses through radio, TV, and Internet channels. Through radio and Hope TV we have a wide scope of means to communicate the gospel to our contemporaries. Bible courses, magazines, and other related literature are created with a nod to practicality in telling the wonderful story of the unique One.

Relating to other religious groups and high levels of world leaders is the public affairs ministry. In universities and at the United Nations there have been numerous opportunities to make people aware of the engagement of our church in the area of liberty and conscience. In Geneva, European home of the United Nations, our presence allows a further reflection on the defense of religious liberty and respect for minorities, whatever their religious backgrounds.

The continuing involvement of the women’s ministries department has been a good opportunity for many female members to find their role in the church. Causes such as “enditnow,” the campaign against domestic violence against women; “Desert Flower,” the campaign against female genital mutilation (FGM); and the medical and psychological support in our hospital of Berlin, Waldfriede, have given the church the chance to be present in the public arena. This involvement has given journalists good reasons to write positive articles about the actions of the Adventist Church.

Through the health ministries department we were able to host two world health conferences, one in Geneva and one in Prague. These events, made possible by Peter N. Landless, Viriato Ferreira, and Valerie Dufour, provided an opportunity to refocus the church on the Adventist health message in its entirety. As we support the health dimension of the church in the EUD, we are thankful for the impact the Waldfriede Hospital in Berlin, Germany, and Clinique La Lignière in Switzerland make in their communities.

During the years 2010 to 2015 the EUD has worked on stabilizing membership growth in its territory. In 2010 the membership was 177,668; at the end of 2014 the membership grew to 178,460—a net growth of 792 members. While this is not dramatic growth, we are thankful for each person who decided to follow Christ. We praise God that 19,936 persons have joined the church through baptism. During these five years 20,530 people transferred in, while 21,458 members moved away. 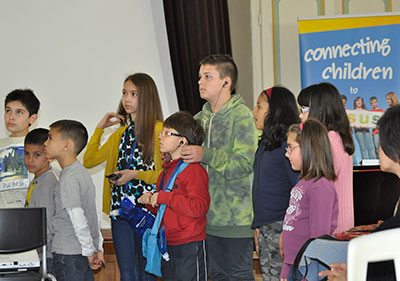 During this last quinquennium the EUD has undergone a reorganization process. In December 2011 the African and the Asian countries of the EUD were attached to the newly organized Middle East and North Africa Union (MENA). As a consequence, the name of the Euro-Africa Division was changed to the Inter-European Division (still recognized as EUD).

Through statistical studies and other evaluative efforts the needs of the church in Europe have been identified. Youth and children’s programs, health initiatives, and family and education initiatives have increased significantly to address these needs.

A strong increase has also been recorded in the number of young people dedicating time for volunteer service in Europe and abroad. Retiring missionaries have been replaced, and others have enrolled to serve in mission fields. Today leaders and church members in the EUD are bet
ter educated and more informed. We pray that their personal commitment to God, to His church, and to His mission may also increase.

Report on Financial Development/Situation in the EUD

The spirit of sacrifice that Christ modeled in His own life motivates us to follow His example. In order to reach the population in the countries of the EUD with the message of God’s love and His second coming, a relatively small membership has to make huge sacrifices. We thank God for the ongoing commitment of church members in the EUD to support the mission of the church with their tithes and offerings.

Since 2008 the effects of the financial crisis have substantially impacted the Adventist Church in the EUD. Nonetheless, during the quinquennium tithe income grew by 4 percent, up to almost 103 million euros, which is about 6 percent of the world tithe (based on 2013 figures).

While tithe in some unions increased as much as 18 percent, the tithe in other unions, especially in Italy, Portugal, and Spain, dropped as much as 16 percent. We are thankful that with God’s help the EUD has been able to help the unions involved in coping with that situation. We know that the financial crisis is not over, and we are depending on the guidance of the Holy Spirit to help us navigate these difficult times. 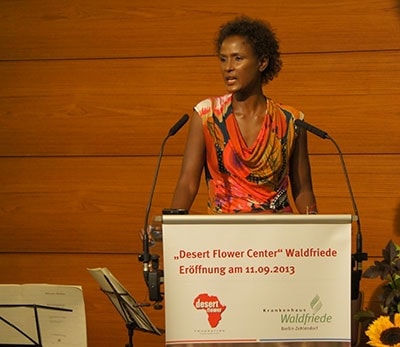 The EUD is happy to support many mission-minded initiatives such as iCOR (Church of Refuge), Sabbath school action units, KID (Kids in Discipleship), centers of influence, and mission projects in our unions.

There are financial challenges to funding these projects and initiatives, as well as the operation of our many institutions, including schools, Hope Channel, publishing houses, etc. Funding eight theological seminaries/universities for a membership of 178,000 Adventists in the EUD is a strong sign of the division-wide commitment to higher education and theological training. The same could be said about the media and publishing ministries.

We are thankful that God has blessed us in the past in a special way to maintain and go forward in our mission to reach the people in Europe with the gospel using all the means available to us. Still, we will have to seek constantly for opportunities to use the means entrusted to us in the most effective way, so that we may be found as good stewards for our Lord.

The Inter-European Division faces numerous challenges. The challenges we face are real. They are serious and they are many. They cannot be met easily.

Our division is located in the cradle of secularism, postmodernism, and individualism. Despite the unattractive figures and serious problems, the Adventist Church is addressing, without fear and with the powerful support of the Holy Spirit, the difficulties represented by a dense jungle of ideologies and religions present in the cultural landscape of Europe.

Amid disorientation, fear, and confusion, the Adventist Church makes its voice heard loud and clear. We have chosen hope over fear, unity of purpose over conflict and discord. We have remained faithful to the commandments of our Lord, and true to our founding biblical principles.

We take courage that our Lord will continue to bless His church in the EUD and that we will see marvelous things wrought by His power.

Let us labor together and look forward to God’s working on our behalf, for “there is a great work to be done for our time, and we do not half realize what the Lord is willing to do for His people” (Ellen G. White, in Review and Herald, June 4, 1889).

The Lord will bless our humble commitment, and out of this period of darkness a brighter day will come. The Lord Jesus will surely come!