Stories From Our Past 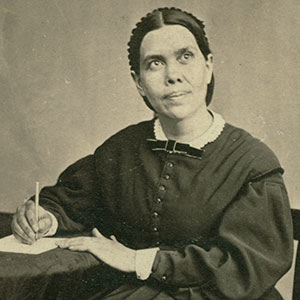 Ellen Gould Harmon White: name of the little woman, 5 feet, 2 inches (1.6 meters) tall, who served as the Lord’s messenger through 70 faithful years, helped found your world-belting Seventh-day Adventist church, became history’s most translated woman author, and is still America’s most widely read woman writer. One feature of nightly meetings (6:30-9:00 p.m.) of the 60th General Conference session of the Seventh-day Adventist Church at the Alamodome in San Antonio, Texas, is stories that bring alive the church’s past. Saturday evening, July 4, Jim Nix, director of the Ellen G. White Estate, an organization that cares for, translates, and disseminates Ellen White’s writings, began the series with “Ellen, the Person,” including a story about the day she stopped a preacher in mid-sermon with a message from God that made him instantly flee the pulpit. 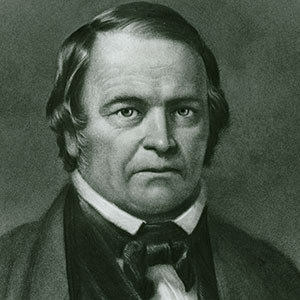 He Found a Friend in Jesus

Dodging bombs, rockets, and shrapnel shells during the War of 1812, confirmed deist William Miller began reexamining his view of a distant God far removed from human affairs. Miller survived the war and later wrote, “It seemed to me that the Supreme Being must have watched over the interests of this country in an especial manner. . . . So surprising a result, against such odds, did seem to me like the work of a mightier power than man.”

Converted now, Miller proceeded to a careful examination of the time prophecies of Daniel that changed his own life, and history as well. He later wrote, “[The Scriptures] became my delight; and in Jesus I found a friend.”

Sunday evening, July 5, White Estate director Jim Nix shared intriguing stories on the life of the man who heralded that Jesus would come in 1844, resulting in the Great Disappointment and the beginning of the Seventh-day Adventist Church. 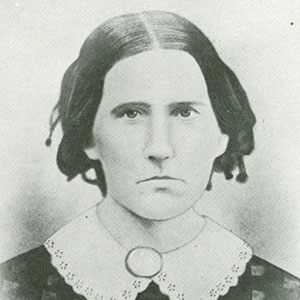 Monday evening’s presentation in the Adventist Heritage series by Ellen G. White Estate director Jim Nix turned to stories of those hardy, independent individuals, typically found in the northeast corner of the United States, who made foundational contributions to early Seventh-day Adventism. In the tiny town of Washington, New Hampshire, Rachel Oakes, a Seventh-Day Baptist, began sharing her convictions about the Sabbath with members of her local Millerite congregation. Thanks to her influence, Frederick Wheeler, a pastor of the Methodist Episcopal Church, preached about the seventh-day Sabbath in March 1844.

Later, William Farnsworth, a minister of the Christian Brethren, influenced by Oakes, began preaching that the Sabbath should be observed on the seventh day of the week.

We also learned of Stephen Smith, whose poisonous tongue did great damage to God’s cause and to His leaders but who was the special object of God’s affection and a loving message from Ellen White. Very few people had as much of an impact on the early Seventh-day Adventist Church as John Nevins Andrews, subject of last night’s Adventist Heritage stories by Ellen G. White Estate director, Jim Nix. A couple years after sharing in the October 22, 1844, disappointment, Andrews accepted the seventh-day Sabbath, eventually being ordained as a preacher.

He applied his keen intellect to everything from prophecy to systematic benevolence. His book, The History of the Sabbath and the First Day of the Week, was one of the first scholarly works on the subject. Andrews memorized most of the New Testament, read the Bible in seven languages, and was Seventh-day Adventists’ obvious choice as their first official missionary to Europe. There he helped establish a publishing house—in Switzerland—and edited
Les Signes des Temps (Signs of the Times). Writing to believers in Europe Ellen White called him “the ablest man in all our ranks.” What Are Early Missionaries
Telling Us?

White Estate director Jim Nix told these stories, and more, of Adventist missionaries during the first 50 years of the church’s mission program, on Wednesday evening, July 8. Session attendees learned of the deep, heartfelt commitment to God and incredible spirit of sacrifice evidenced by men and women during the formative years of Seventh-day Adventism—such as W. A. Spicer, a former GC president; William H. Anderson, a missionary to Africa; John Burden, founder of Loma Linda Sanitarium (now Loma Linda University); and Georgia Burrus, a missionary to India.

Focusing on Spicer, Nix shared the story of Spicer’s election as president of the General Conference at the 1922 GC session in Battle Creek, following the nominating committee’s inability to decide whether to reelect A. G. Daniells to the post. A letter Spicer wrote to his wife following his election, which Nix read, revealed his personal thoughts on the surprising turn of events.

Some delegates said they were astonished by the stories and inspired by these people who gave their all for God. After being in love with the sea for 35 years, first as a sailor and then as a captain, Joseph Bates retired only to fall in love with God and His saving truth. His newfound love led him to embrace several reforms, including temperance and antislavery. Soon he discovered the Advent movement and invested a small fortune he made as a seaman in spreading the newfound truth of the imminence of the second coming of Christ.

Bates’s faith in God, His Word, and the Advent movement survived the 1844 disappointment. The following year he became convinced, through a tract he read, that the seventh day was the Sabbath and eagerly shared this newfound truth with a tract of his own in 1846. James and Ellen White eventually read Bates’s tract, which, after careful comparison with the Bible evidence, prompted them to accept the seventh-day Sabbath.

Together with the Whites, the former sea captain turned health reformer turned preacher became a cofounder of the Seventh-day Adventist Church, as Jim Nix reminded us during the General Conference Session’s Thursday evening meeting.

Friday evening, July 10, Jim Nix, director of the Ellen G. White Estate, completed his Heritage Stories series by featuring “Favorite Hymns and Stories of Ellen G. White.” The songs of the early Adventist pioneers testified to their passionate love for Jesus Christ along with their hope in His soon return. As the thousands of attendees sang those songs, they discovered more of how music interfaced with the personal faith of God’s prophetic messenger. Ellen White lived with heavenly realities, and the songs she loved still point us to heaven. Simply singing them together helped many participants understand why no one in her family wanted to miss family worship, especially Friday evening vespers. Nix’s intimate glimpses into spiritual forces at work in White’s experience were aimed at strengthening contemporary faith, as Adventists sing the “songs of Zion” today and recognize how God still works in our own lives.