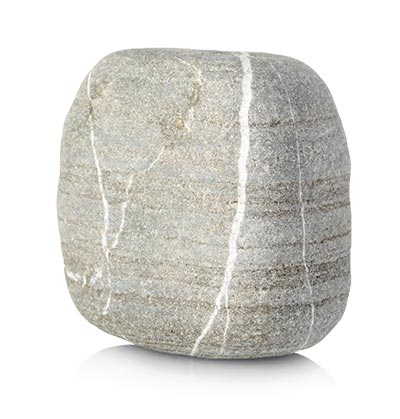 As a small boy I admired my father’s muscular arms. He was a carpenter who spent his days swinging a hammer and lifting lumber. The hard work gave him bulging muscles that he also used to help us build tree forts and remodel our home.

One day my younger brother and I challenged our dad to a wrestling match. We knew we couldn’t beat him, but wanted to have fun trying. Instead of getting down on the floor, he simply smiled at us as he rolled up his sleeves exposing his biceps. Then he held both his arms straight out from his side. He was challenging us to knock him down.

Like bolts of lightning we darted at him, each jumping up and grabbing an arm to pull him over. We were like monkeys swinging on steel beams. Dad didn’t budge. We yanked up and down with all the strength of our 40-pound bodies. He just smiled down at us and then easily lifted us both a few feet off the ground.

The Bible refers often to the mighty arms of God. More than 40 references in Scripture describe the Lord’s arms. Speaking of God’s salvation to Jerusalem, the Bible says, “The Lord has made bare His holy arm in the eyes of all the nations; and all the ends of the earth shall see the salvation of our God” (Isa. 52:10).
* God’s arms represented His omnipotent strength.

Sometimes my father’s arms protected me as a child. He once lifted me up onto his shoulders when a large dog came barking at me. Another time he grabbed me just before I darted out into the street in front of an oncoming car. In the same way, David once wrote of God: “You have with Your arm redeemed Your people” (Ps. 77:15).

At other times my dad’s arms expressed affection for me. One night, as a small child, I lay in bed afraid. We were visiting my cousins, and I felt alone in a strange room. My father must have known my fears when he lay down beside me with his arm around me until I fell asleep. The Bible says of God, “He will gather the lambs with His arm, and carry them in His bosom” (Isa. 40:11).

Perhaps the simplest act that showed my father’s enduring love for me was carrying me into the house after a long trip in the car. My brothers and I would often fall asleep when coming home well after bedtime. Dad would quietly pick each of us up, take us to our bedroom, and slip us into bed. Half asleep, I would feel my father’s strong arms beneath me.

Dad’s arms are now feeble. Each time I visit him at the care center where he lives, I reach my arm around him and tell him with a squeeze, “I love you, Dad.”

Though he’s now very weak, he puts an arm around me and whispers, “I love you, too.”

Someday soon we’ll put Dad into the arms of God. I’ll miss my dad’s arms, but I know I’ll feel them once more in their full strength in the new earth. Until then, I know I’m safe in my Father’s arms, for the Bible tells me, “The eternal God is your refuge, and underneath are the everlasting arms” (Deut. 33:27).

* All Scripture quotations have been taken from the New King James Version. Copyright © 1979, 1980, 1982 by Thomas Nelson, Inc. Used by permission. All rights reserved.

By Gerald A. Klingbeil

Scripture contains dozens of metaphors for God. Some are solidly rooted in a specific cultural context (e.g., the vineyard owner of Isaiah 5 may not be readily understood by somebody living in the Antarctic), while others are more general in nature. They all represent ways of speaking about God; their varied natures remind us of the fact that our talking about God is fragmentary and incomplete; we just cannot put God into one image or metaphor.

A good example of an entire group of metaphors, compressed together in a relatively limited space, can be found in Deuteronomy 32. The poetic description of God is rich in metaphors, including the following:

nGod as a nursing mother (verse 13)—the NKJV translates here “He made him draw honey from the rock,” yet the Hebrew verbal form used here would be better translated as “nursed him.”