All my life I’ve thought of myself as Adventist. I’ve been vegan off and on since I was 12 years old; I’m an Oakwood University graduate; I homeschool my kids; and I’m sure I’m going to be in movies, or somewhere where I can be an actress and a filmmaker.

I love expressing life and stories in a dramatic way. But everything about my formative Adventist environment has told me that anything related to acting or film is walking into the mouth of the beast. Adventists don’t do that, except if they want to compromise their principles. You cannot be part of the world of Broadway and Hollywood without surrendering your virtue.

So I pined away as media distorted the very fabric of my country’s culture, and the whole world’s, for that matter. They made the Bible into a fairy tale while I had to sit still because of tradition. Until something changed, and I started living out my dream.

So who am I fighting now? Is it God or tradition? I’m acting now. And I plan to make movies that will help people find God and truth.

Sometimes I’m thrilled about following God. Then sometimes I’m afraid that I’m fighting the wrong force. I wonder what you think. Am I Adventist too? 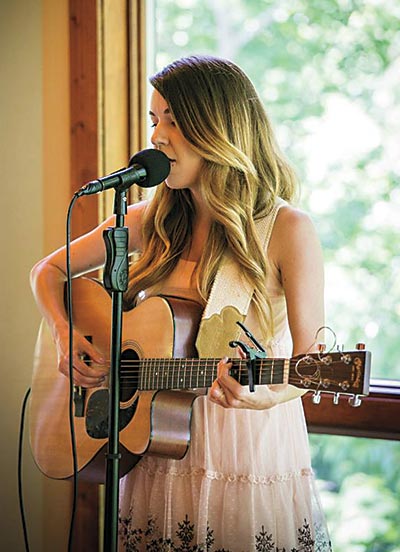 My generation and I are tired. We are tired of the old thinking of trying to earn salvation, of rejecting people who don’t fit into a particular religious mold. But maybe, in our haste to be relevant, we’ve stumbled onto a perfectionism of our own.

We threw off perfectionism and took on “come as you are”—blue jeans churches, café churches, TV churches—and a really beautiful ethos: church shouldn’t be a place where people have to pretend to be OK because Brother X might rebuke us, and Sister Y might gossip about us in the potluck line under the guise of “spiritual concern.”

But sometimes, and it shames us, we still end up judging people—for their brokenness! For the wrong jeans, for a traditional hymn remix that isn’t catchy enough, for blabbering past carefully allotted announcements time, for not enough charisma.

I mean, it’s fine to be cool. But what about the people who don’t wear the right jeans? who don’t lead worship perfectly? the chatty Cathy who can’t shut up during announcements? What about shy people?

And broken people, the people who have emotional scars so deep they can’t quite grasp the social cues most people do? What about the person with a sketchy past? Where do these people fit in?

My job takes me to a lot of different churches, denominations, and age groups. The warmest churches are the ones in which people have made up their minds to be loving and inclusive. Some of the coldest have been both falling-down-building, terrible-organ-playing churches, and sleek, 50-inch-screens-café-in-the-lobby-preacher-with-a-Britney-Spears-headset churches. It’s not the building or the programming that makes a church successful; it’s the people.

Being Jesus’ church means more than changing graphics. We have to do more than be cool with people wearing jeans to church: “My brethren, do not hold your faith in our glorious Lord Jesus Christ with an attitude of personal favoritism. For if . . . you pay special attention to . . . clothes . . . , have you not made distinctions among yourselves, and become judges with evil motives?” (James 2:1-4, NASB).*

Alison Brook is a singer-songwriter living in Berrien Springs, Michigan.