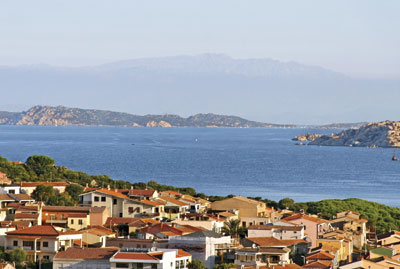 Our 3-year-old daughter, Leanna, loves music. One day she asked me to put on a favorite CD. She played with her toys while I took the opportunity to get some work done. After a while she came running to me, asking, “Mommy, are they eating Jesus?” She was almost in tears and quite upset. Completely stumped, I quizzed her—why did she think Jesus, her favorite hero, was on anyone’s menu? The song playing at the moment was “Heavenly Father, I Appreciate You.”

As I mentally reviewed the lyrics it dawned on me that the word “appreciate” was one she didn’t understand. She just heard the words “ate You!” A short vocabulary lesson cleared up the worry, and she ran back to her toys. Jesus was safe; nobody was going to hurt Him again!

“We cannot fight the battles of life in another man’s armor. God gives each one of us different and unique gifts.”

The Seventh-day Adventist Church was formed in North America in 1863. The North American Division (NAD) is the largest sender of overseas missionaries and short-term volunteers. The NAD sent out nearly half of the denomination’s 1,200 volunteers in 2012.

This division is comprised of Bermuda, Canada, the Federated States of Micronesia, the French possession of Saint Pierre and Miquelon, Guam, Johnston Island, Marshall Islands, Midway Islands, Northern Mariana Islands, Palau, and the United States of America. There are about 1.1 million Seventh-day Adventist members among a population of 345 million. The NAD operates more than 1,000 elementary and secondary schools, and 15 colleges and universities.

Someone said it was the thing to do,
And so I started to do it.
I never thought to question why
I should hasten to pursue it.

It became so much a part of me,
I never reasoned why,
Since I had confidence in the one
On whom I had relied.

Too late I found that he was wrong,
That I had been naive,
I found that I must analyze
All things I would believe.