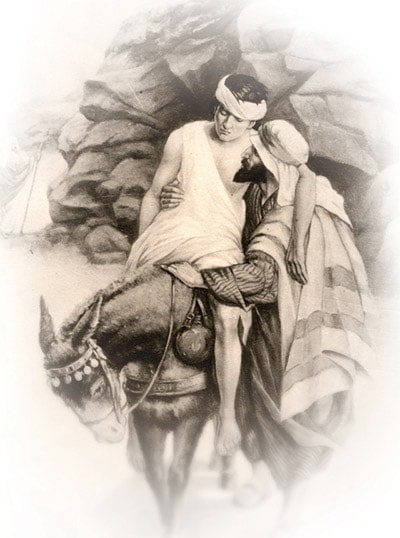 For people of prophecy, we spend an awful lot of time looking in the rearview mirror.

And the problem with looking at things the way they used to be is that we become ill-equipped to deal with the reality that surrounds us. The world is changing at a far greater pace than ever before, yet our approach in reaching it remains roughly the same as it has for decades.

For example, even though the United States calls itself a “Christian nation,” it has become increasingly more diverse ethnically, socially, and religiously. In the past decade one of the fastest growing religious groups in North America has been Islam. And one of the fastest growing segments among Christianity is identified as “the nones,” those Christians who resist categorization as Catholic or Protestant, much less as Lutherans, Methodists, or Seventh-day Adventists.

We used to be able to share our unique understanding of Scripture in 27 or 28 biblically supported presentations. But the questions now being asked about Christianity seem to have less to do with which is the correct day to worship, or what happens when we die, or what’s permissible to eat and drink, than about these very basic questions: Is there a God? Does He care about me? Is He there when I need Him?

When Jesus was asked, “Teacher, . . . what must I do to inherit eternal life?” Jesus didn’t rehearse 1,500 years of Jewish tradition, He didn’t even repeat the Ten Commandments, Jesus simply invited the questioner to answer his own question, which he did with the words: “ ‘Love the Lord your God with all your heart and with all your soul and with all your strength and with all your mind’; and, ‘Love your neighbor as yourself ’ ” (Luke 10:25, 27).

Love to God, and love to one another. Simple answers.

Then Jesus told the classic story about the man who was beaten, robbed, and left for dead. The two religious people who passed that way, a priest and a Levite, doubtless knew a great many theological truths. Yet they went on without stopping to help.

Not until a Samaritan, who had only a fraction of the theological sophistication of the priest and Levite, had mercy on the victim was anything of God’s love demonstrated in the story.

Is there a God? People who ask that question aren’t asking for a Bible study on the subject. They’re asking for proof in the form of people who claim to know God.

How do people know that God cares about them? Because those of us who claim to know Him best do the most to reveal that fact in acts of service and compassion.

How do people know that God is near when they need Him? Because His people are always sensitive to the felt needs of their neighbors, friends, and coworkers, reflecting His love in tangible ways.

We are often witnesses to some heartbreaking tragedy or crisis that results in the widespread loss of life and property through a tornado, wildfire, earthquake, or flood that decimates a community.

How do we show our care and concern in such situations? Bible studies and evangelistic tents have their place. But nothing is quite as helpful as supplies that bring recovery, healing, hope, and restoration.

And even when a community is not racked with loss of life and property, the social, emotional, and spiritual maladies of our day—loneliness, hopelessness, immorality, spiritual poverty—give us countless opportunities to bring simple biblical solutions to those who are looking for answers to their basic questions.

Centuries ago Paul and Silas prayed and sang hymns after they had been beaten and placed in stocks. When an earthquake shook the foundations of the prison, and the jailer’s only thought was of suicide, Paul shouted, “Don’t harm yourself!

To which the jailer responded, “Sirs, what must I do to be saved?” (Acts 16:28, 30). Why that question? Because he saw in Paul and Silas the answers he was looking for.