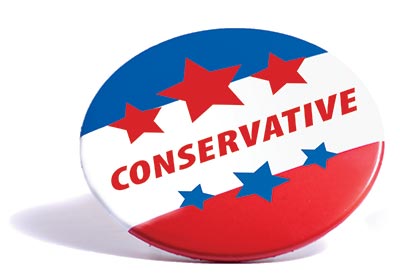 Many years before the turn of the twenty-first century, during an interview for the position of editor of Insight magazine, I was asked a question that caused me to pause.

“Are you a conservative or a liberal?”

I paused because I knew I was both, as all Christians are. We all desire to conserve and protect what has strengthened, steadied, and buoyed us in the past. In addition, we all wish to offer mercy abundantly and to face the future in ways that are fresh and imaginative. In certain areas we’re cautious; in others we’re creative.

This dual disposition may be applied also to Jesus of Nazareth. Within one magnificent sermon He contends, “For truly I tell you, until heaven and earth disappear, not the smallest letter, not the least stroke of a pen, will by any means disappear from the Law until everything is accomplished” (Matt. 5:18, NIV). Then, rubbing up against that proclamation, He announces six times, “You have heard [from Scripture], but I say to you . . .” (Matt. 5:21-48).2

So at the interview I replied, “I’m a conservative radical with liberal applications.”3 That seemed to satisfy everyone. At least they pretended to understand.

When the apostle Paul penned his letter to the church at Galatia, he addressed primary issues of disunity his listeners dealt with daily: Jew/Greek, slave/free, male/female. Everyone understood. The contrasts exposed contemporary us and them divisions. Those binaries were fragmenting the flock.

By the same token, if Paul had been walking the earth during the 1960s in the segregated South of the United States or in the apartheid society of South Africa, he would likely have looked around at the interracial ferment and issued an addendum: “there is neither Black nor White.”

Now, in our time, I believe Paul would add one more line for Seventh-day Adventists: “there is neither conservative nor liberal.” No words today generate more reaction, suspicion, and blame than “liberal” and “conservative.” No words today fragment the flock more ferociously. No words today are used to greater effect by the principalities of darkness.

At 2:00 a.m. four students at an Adventist university were still pouring forth their frustrations. Their professors, they said, seemed more concerned with avoiding being labeled “liberal” than with pursuing open, truth-filled discourse. Bible “study” was invariably about defending instead of exploring. Every class appeared cloaked with a residue of fear.

Though I listened actively and now and then pointed out alternative explanations, after a few hours I found myself wondering, If even half of this is true, how would Jesus have acted in such an atmosphere?

Naturally, it’s easy to find fault with those students. After all, they don’t really understand; they’re young and can’t see the situation clearly; they’re overly dramatic; they tend to generalize . . . oops. How quickly hypocrisy can infect our thinking. What would have happened had the Adventist pioneers, those earnestly seeking 22-year-olds, backed away from pursuing candid discourse and honest examination for fear of being labeled?

Moreover, these labels lost any consistent meaning.4 Polarizers wield “conservative” and “liberal” to brand and dismiss.5 Yet nobody is only or always “conservative” or “liberal.” The words are filled with a wispy perspective; they lack a solid center. Many friends and family, particularly if they are not Seventh-day Adventists, view us as “conservative,” while those who follow a narrower lifestyle path, our Quaker friends, for example, assess us as “liberal.” Within an hour we can be “liberal” one moment and morph to “conservative” the next.6 In reality those tags are pinned on caricatures. But Jesus Christ didn’t disciple and die for caricatures.

In His prayer of John 17 Jesus prayed to His Father that contentious factions would not prevail among His followers: “I have given them the glory that you gave me, that they may be one as we are one” (verse 22, NIV). However, this oneness is far from homogenized sameness, “just as the body is one and has many members, and all the members of the body, though many, are one body” (1 Cor. 12:12). An index finger, thankfully, is not a leg. Jesus’ desired unity is a body of believers made better through diversity, a strength mirrored later in the United States motto E pluribus unum: “out of many, one.”

The Bible affirms the immense power of language. “The words of the reckless pierce like swords, but the tongue of the wise brings healing” (Prov. 12:18, NIV). “Do not let any unwholesome talk come out of your mouths, but only what is helpful for building others up according their needs, that it may benefit those who listen” (Eph. 4:29, NIV).

Paul’s admonition in Romans 12:2 not to be conformed to this world can be applied today as “Do not be conformed to this world’s destructive vocabulary of innuendo, accusation, and character assassination.” The political screamers and sound bites may go their way. We are called to a higher standard: “outdo one another in showing honor” (Rom. 12:10), “speaking the truth in love” (Eph. 4:15). 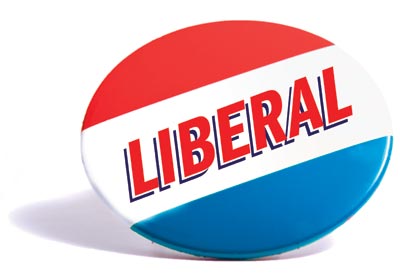 Complaints ascended instantly. “What do you mean by those terms?” “On what topics?” “What if we’re both?”

“Nope, sorry,” I said. “Nobody ever actually defines those labels in real life. So line up.” Sixty people slowly stretched in a line with a bulging middle.

“Now,” I continued, “I’ll call out a topic and you vote with your bodies if you’re conservative or liberal toward the topic. Ready? Gun control.”

Of course, this was a trick question. According to the current debate, “conservatives” tend to be liberal (generous) on accessibility to guns, and “liberals” tend to be conservative (disciplined). Recognizing the paradox, some walked to the opposite end, muttering.

“All right,” I said cheerfully, “let’s try another. Jesus: conservative or liberal?”

The class glared at me. They knew the question was nonsense. We talked then about how distant from one another we appeared, the crucial role language plays in perception, and how unlikely meaningful conversation would be within this linear construct.

Next we cleared chairs from the middle of the room (as was the case with Jesus, at times we have to move some furniture) and stood in a circle.

“Let’s talk now in terms of peripheral and central. If you believe the issue is peripheral to your Christianity, stay on the outside of the circle. If you see the issue as more central, take a step or more toward the center. Ready? Jewelry.”

Nobody budged. Everyone—“conservatives” and “liberals” alike—viewed jewelry as a peripheral issue. Yet under the conservative/liberal model, this fact was impossible to discern.

We moved through several words. Organized religion. Sabbath. Investigative judgment. State of the dead. People stepped back and forth, toward and away from t
he center. We discussed how some Adventist Fundamental Beliefs are more central to our personal faith, and how no list is worth much unless it is personally prioritized.7 Finally I uttered one word: “Jesus.”

Everyone moved to the center in a tight clot. We looked into each other’s eyes; recognized our common, priceless value; placed our arms around each other; and prayed.

It was a holy moment.

In the 1800s physicians at times prescribed arsenic to treat ailments. Likewise, in the case of believers who direct venomous labels toward anyone they believe is in error, the cure may be worse than the disease.

Christians can always afford to treat people—even those of opposing ideas—with dignity and respect. As Jesus commands: “Love your enemies, do good to those who hate you” (Luke 6:27). Paul instructs: “Do not repay anyone evil for evil, but take thought for what is noble in the sight of all” (Rom. 12:17).

Two of the most beautiful words in the English language are “what if.” What if conversations actually explored rather than exploded? What if we stopped using the labels “liberal” and “conservative” to demonize other believers? What if we began talking and listening much more in terms of central and peripheral?8 Maybe helpful sincere discussions would bloom on our church landscape like desert wildflowers after a deluge.

Jesus used central/peripheral language often. He counseled Martha, “There is need of only one thing. Mary has chosen the better part, which will not be taken away from her” (Luke 10:42). To the Pharisees He maintained, “something greater than the temple is here” (Matt. 12:6). To the common people He explained, “It is not what goes into the mouth that defiles a person, but it is what comes out of the mouth that defiles” (Matt. 15:11). To the Jews He stated, “You search the scriptures because you think that in them you have eternal life; and it is they that testify on my behalf” (John 5:39). Jesus was forever plunging to the taproot of the tree of life.

A Revived and Reformed People

Revival and reformation cannot flourish under reviling and defamation. When we use vilifying language, we hurt not only ourselves—we hurt our God. We can revive the gracious practice of loving our “enemies.” We can reform our stereotyping perspectives. Conservative and liberal stickers will never appear on the new earth.

In Acts 2 the believers were “in one place.” Surely in that place they still held differences of opinion and variations of temperament, but these they put aside for the purposes of praying and working together. After baptism by Holy Spirit fire, God intentionally provided them with different languages so they could reach different people.

So it is today. Varying approaches will reach a wildly varying world. I’m thankful for fellow believers who speak a language in which I’m not fluent.

Revival and reformation cannot flourish under reviling and defamation.

Part of any revival-and-reformation climate includes a utilitarian outlook on our doctrines, similar to how we view the fundamentals of mathematics. We don’t walk about merely reciting the multiplication tables to people (“You know, seven times seven is 49. Four times eight is 32 . . .”). Instead, we employ multiplication tables in real-life situations to make sense of the world, to shed redemptive light on problems, to bring a just balance to inequities. Optimal use is found not in parroting fundamentals but in applying them. “For the kingdom of God depends not on talk but on power” (1 Cor. 4:20).

In the same way, the sublime power of the gospel appears in its demonstration. Ellen White observed that “Christianity is always intensely practical.”9 A true reformation in our midst will involve how we regard one another. We may occasionally slip into sloppy generalizing, but we must repent and change our ways. We must change our language. We must change, that is, if we are to be followers of Christ.

When I was in the hospital after a bad bicycle spill resulted in a broken femur, the night following surgery I lay in whimpering agony. Thrashing in my bed amid beeping monitors, I felt as if the night would never end. Around 4:30 a.m. a nurse entered my room. Quiet and careful, she followed the prescribed routines of her profession.

All at once, unbidden, my left hand rose high in the air. It was a distress signal, a silent cry from a person drowning in pain. The nurse reacted swiftly. She walked to my side, slid down my sleeve, and briskly rubbed my forearm with both hands.

I shall never forget the comfort her action brought. That touch was healing balm to my soul. It said, You are not alone. We are here with you. Morning is just ahead.

I never saw her again. It didn’t matter in the least whether my nurse was conservative or liberal. In my darkest moment she came to my aid, and I was grateful. She reminded me of the church I love:

Adventists who are conservative radicals with liberal applications.

Adventists who have tasted of grace and the freedom of discipline.

Adventists who refuse to allow superficial, meaningless labels to splinter us and continue grieving our God.

Adventists for whom One remains central and not peripheral—this same Jesus who loves us all.