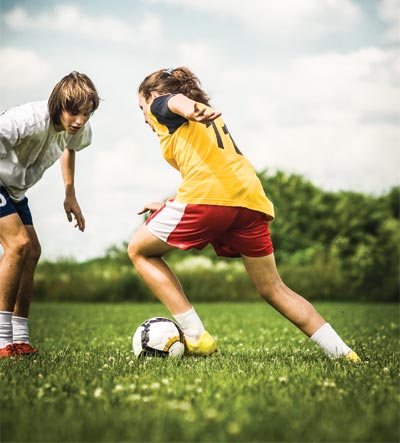 As 2013 concludes, I’ve recently been thinking about three experiences that have helped shape my thinking and bring balance to my life. They’ve helped me discover and define something I value: going somewhere. Going forward.

My last remaining grandparent died when I was 27. My family and I traveled to upstate New York about two weeks before she passed away. Deep in the grip of dementia, she had degraded to the point at which she was no longer talking, walking, or eating. She had gone from forgetting who people were six months before to a staring, silent body in a bed.

The dim hallways, the dark corner of her room where she lay, and the visage that greeted us could have come from a horror movie. My dad talked to his mother. He squeezed her warm hand. He turned away as tears traced lines down his cheeks. Then I went up.

I was dizzy with love, pity, anger, sorrow. My grandmother had not, in my recollection, ever been easy. Her childhood had made sure of that. Love and hate and need had equally flowed through her. Yes, she had raised a son, held a career, and kept a marriage. But she was alone, and had been alone for years. Except for her “baby brother,” who would visit frequently, alienated friends and family had long since given her up.

At 25 I had become the managing editor of Columbia Union Visitor magazine. Responsibility and fear of failure kept me stressed at the beginning. Until, that is, our design intern wrote a short piece for print. She wrote about life and challenges, and how going places and trying to accomplish things can be overwhelming. Her metaphor for how to alleviate the pressure helped me then and has since, to some degree, continued to help. She painted the picture of pausing at her work desk, inhaling deeply, taking off her tight shoes, and rubbing bare feet on a thick, soft, plush carpet. I got the point: going somewhere occasionally requires pausing, feeling texture and tickle, stillness and simplicity. Because even if you’re standing still, sometimes you’re still going somewhere.

I was having the time of my life, at 30, playing in local soccer leagues after work. My husband’s hospital shift work ended at 11:00 p.m., so I gladly filled a few evenings each week with matches. A defender, I learned how to dribble better; and I worked my way up to midfield. I delighted in foiling opponents’ attempts to steal the ball while keeping the ball securely tethered to my feet.

A more experienced player pulled me aside after a game and made me cognizant of something important. “You’ve really improved handling the ball,” she started. “Good moves, good shielding. But you’re not moving forward. You’re going back and side to side, and working really hard, but you’re not getting any closer to the goal. Try to think ahead, and try not just to go someplace, but to go someplace that will help advance the ball up the field.” A bit chagrined, I realized her assessment was true. And since then I have always tried to remember this advice.

Who I am, where I am, what I’ll become—standing, sitting, running—I’m going somewhere. Where Jesus is. I’m looking forward to seeing Him when I get there.