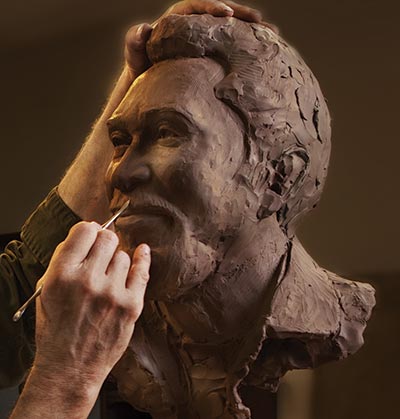 Creation is a hot topic both inside and outside the Seventh-day Adventist Church. The question of origins is also highly debated in scientific circles and theology faculties by scholars trying to grapple with the biblical as well as the scientific data. Progressive creation and theistic evolutionary models of earth history are two models that scientists and theologians outside the Seventh-day Adventist Church have proposed. In both the progressive creation and the theistic evolutionary models of earth history, various forms of life are assumed to have been present on earth for about 3.7 billion years before the appearance of Homo sapiens.1

Do these models of earth history impact the beneficent character, the “lovingkindness” (Ps. 36:5)2 of the Creator and His worship worthiness? Do they necessarily involve Him in action contrary to His divine nature, indicating “injustice with God” as measured by the cross, and by His own self-described portrait of divine goodness, the moral Ten Commandments, which are “holy and righteous and good” (Rom. 9:14; 7:12)?3

A Loving God and Theistic Evolution

Considering these questions, we note that these models necessarily render the “former things” (Rev. 21:4, KJV), listed by John as death, sorrow, crying, and pain, as the Creator’s originally intended things, or means by which He created life forms on earth over millions of years. How so? The answer lies in what drives these models of creation. Death, the life cycle, predation, cancer, other diseases, suffering, pain, extinction, and other horrors, necessarily drive the development of life forms in these models in combination with some form of divine action.4

Moreover, these models assert that at some future point the Creator brings forth the new creation out of the old in which new laws of nature replace the present laws. Then enabling these “former things” or the allegedly divinely intended means of creation “pass away” (Rev. 21:4). Hence, according to these models of earth history, there will be no evolution and no death in the new creation.5

Does this good end justify these means, or the allegedly divine use of these “former things” to create this end? In God’s sight, does the end justify the means­—whatever they may be—even if the means are evil? Not so according to Paul, who states that some individuals slanderously reported that he proclaimed: “Let us do evil that good may come.” Paul then adds that their “condemnation is just” (Rom. 3:8). Surely all the “former things,” are regarded as evil things in the sight of the Lord. They are abhorred by Him who explicitly calls diseases evil ,and death the last enemy to be overcome, and admonishes humans to “hate evil” (Ps. 97:10; see also Deut. 7:15; Ps. 36:4; Prov. 6:16-19; Amos 5:15; Matt. 6:13; 1 Cor. 15:26).

Consequently, the biblical God would be acting contrary to His nature if He were to create through evil things He considers to be enemies of life, and through things He abhors. This means, and these words are said gently, long-age models of earth history slanderously render the geologic column, with its mayhem of destruction, as a rock record of how God originally creates, rather than a rock record of how God judges sin through a global flood (Gen. 6-9). We turn to the ultimate reality challenging these models.

The Cross and Origins

The cross is the final and most powerful evaluation of any model of earth history. Driven by His profound hatred of the “former things,” and by His desire to dwell with His creatures, on the cross the Creator perished to perish perishing (John 3:16)! How could this God, without fatal self-contradiction, use, as tools of original creation, these “former things,” that He died to eradicate? To do so would be for the Creator to clothe Himself with the attributes of the enemy. The cross of Christ tells us that the “former things,” such as death, suffering, disease, and so on, are an outrage against the love of God.6 Ellen White insightfully writes: “Christ never planted the seeds of death in the system.”7 For all these reasons, God would not, could not, and thus did not create through the “former things.” This conclusion means that, banned from employing these tools or means of creation, Christ cannot be the God of either progressive creation or theistic evolution.

The above understanding means that we can safely say that no true model of earth history will render God cruel, or unworthy of our worship. If a model undermines the goodness of God, something is amiss—not with the biblically described benevolent character of God, but with our understanding of the model in question. Further research will correct our understanding either in this life or in the next.

In conclusion, if the Prince of Peace used the “former things” originally to create life forms on earth for millions of years prior to the Fall, He would be a serial slayer of species and “a murderer from the beginning”—an epitaph Christ reserved for Satan (John 8:44).8 In this case the God of peace would merit such adjectives as “cruel,” “vile,” “criminal,” “unrighteous,” “wicked,” and “demonic,” rendering Him unworthy of worship as judged by the cross and by His own self-described standard of goodness, the Ten Commandments. Hence, the “former things” are not God’s things or His tools of creation. They are the products of the enemy and will pass away with him.

Scripture asks, “Shall not the Judge of all the earth deal justly?” (Gen. 18:25). Indeed, “The Rock! His work is perfect, for all His ways are just; a God of faithfulness and without injustice, righteous and upright is He” (Deut. 32:4). The Bible records that this merciful God created all things recently and benignly through His word over a brief span of time measured by six historical earth days as we experience them today (Gen. 1; 2; Ps. 33:6; Matt. 1; John 1:1; Eph. 3:9).

Among many reasons, three show clearly that the special creation worldview is the true model of earth history. 1. It is the one described in the Word of God. 2. It does not use the “former things” as tools of creation. 3.It powerfully establishes God’s matchless goodness and renders Him worthy of worship by applying the “wisdom from above which is first pure, then peaceable, gentle, reasonable, [and] full of mercy and good fruit” (James 3:17).

Hence, it matters greatly what model of earth history we adopt. This explains why Jesus carefully worded the first angel’s message to endorse a special creation worldview and a global flood, both so important to the worship of the Creator.9 How beautifully, then, the name Seventh-day Adventist testifies to the goodness and worship worthiness of our God, the benevolent Creator, who banishes forever the “former things.”