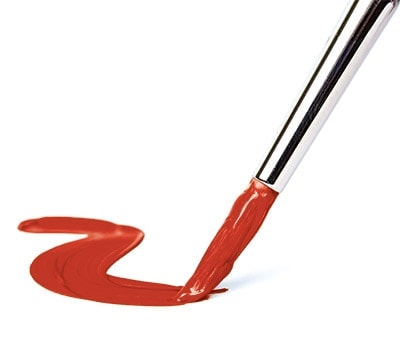 “Mercy and truth have met together; righteousness and peace have kissed” (Ps. 85:10).1

The God of the Old Testament is arguably the most unpleasant character,” writes Richard Dawkins.2 Dawkins implies that God is the better of tyrants such as Adolf Hitler, Joseph Stalin, Ho Chi Minh, and Saddam Hussein. Truth be told, to the casual observer as well as the believer, the actions of God appear at times to be paradoxical.

How then can we connect a God of love and grace with the God who metes out judgment? Some feel that like a white robe splattered with blood, God’s character is stained when He kills the wicked.3

The story of Korah and his company is another example of God’s “strange work.” The rebellion of Korah stemmed from both a lack of faith in God’s providence and a rejection of His supreme authority over all things (Ps. 106:15-18). When God brought the children of Israel out of Egypt, He intended that the firstborn of all families would serve as priests of the sanctuary (Ex. 13:2; 19:6).

Aaron’s vacillating leadership (cf. Ex. 32) and his sons’ blasphemy (Lev. 10:1-10) left doubts in Korah’s mind about the wisdom of an Aaronic priesthood. The punishment of forty years of wandering and certain death in the desert for their unbelief at Kadesh (Num. 13:26-14:34) further exacerbated Korah’s discontent.

Korah found a sympathizing ear with Dathan and Abiram, of the tribe of Reuben, who disliked Moses and Aaron’s lordship over them (Num. 16:1). No doubt Dathan and Abiram were keen to remember that Reuben had been the firstborn of Jacob (Gen. 35:23) and must have felt that all the tribes should be under their jurisdiction.

Korah understood the consequences of rebelling against God. As a Levite, he had actually meted out the judgment of God on the worshippers of the golden calf (Ex. 32:26-28) and had witnessed the destruction of the faithless at Kadesh Barnea.

Even though Korah was a wisened rebel, God gave him a full day to repent and forsake his seditious conduct. When Korah made clear his intention to pursue his rebellious course, God had no choice but to eradicate the cancer that, if not excised, would spread through the whole camp.

So God created a chasm in the earth that swallowed Dathan and Abiram and their families and possessions (Num. 16), and fire from heaven consumed the 250 men offering incense, who were of the company of Korah (verse 35).

Korah’s rebellion centered on a lack of faith in God’s promises of restoration for the children of Israel and a denial of God’s lordship in all things. This pride and lack of faith ultimately resulted in Korah and his company’s destruction.

God’s justice was wrought, but was it mixed with mercy? Numbers 26:11 provides a glimpse to answer this important question: “Nevertheless,” states the text, “the children of Korah did not die.” In this verse we see a God who clearly metes out justice for those who violate His laws, but offers mercy to those who are innocent. Though connected with Korah intimately (Ex. 6:24), they chose to listen to God’s warning and live.

Allowing the sons of a rebel to survive in ancient times was almost unheard-of, as seen in several biblical examples. For instance, following Daniel’s miraculous deliverance from the lions’ den, the enemy counselors were cast into the same den with their wives and children (Dan. 6:24). David went against this precedent when he pledged not to kill Jonathan’s sons upon taking the throne (1 Sam. 20:12-17; 2 Sam. 9:1-7; 21:7).

Samuel, a descendant of Korah,4 was one of the greatest educators in Israel. The prosperity that Israel enjoyed during the reigns of David and Solomon was in large part a result of the schools of the prophets that Samuel had begun. Samuel was the last judge, and anointed the first and also the greatest king of Israel.

With a forebear like Korah it would be logical to establish a new identity. “A good name is to be chosen rather than great riches,” said Solomon (Prov. 22:1). Instead, Heman and his sons chose to affix Korah’s name to the psalms they authored. Perhaps the “band’s name,” Sons of Korah, was to remind us of God’s judgment and grace, just like their famous psalm: “Mercy and truth have met together; righteousness and peace have kissed” (Ps. 85:10).

From the despair of Korah’s destruction came a depth of experience that through God’s Spirit became inspirational. Their psalms rival all others in popularity and familiarity and include “Be still, and know that I am God” (Ps. 46:10); “For a day in Your courts is better than a thousand. I would rather be a doorkeeper in the house of my God than dwell in the tents of wickedness” (Ps. 84:10); and “Therefore we will not fear, even though the earth be removed” (Ps. 46:2). The Korahite psalms explore the depths of despair and the height of confidence in God as their refuge.

Psalm 87 is the most forward-thinking passage in the Old Testament in terms of including the Gentiles into the kingdom of God. Some have called this passage startling and without parallel in the Old Testament. Not till the apostle Paul is such a clear revelation of the inclusion of the Gentiles into the kingdom of God made in the Bible (Rom. 4:11, 16; Gal. 3:28, 29; Eph. 2:11, 22). The Sons of Korah proclaim what David (Ps. 22:27) and Isaiah (Isa. 2:1-4; 11:10) only suggest.

Psalm 87 begins with three verses filled with the exultation of Jerusalem as the “city of God.” Clearly the focus is upon Israel and God’s chosen city. A radical shift is made in verse 4, which states that God “will make mention of Rahab and Babylon to those who know Me; behold, O Philistia and Tyre, with Ethiopia: ‘This one was born there.’ ” When God establishes Zion, “The Lord will record, when He registers the peoples: ‘This one was born there’ ” (verse 6).

These names include some of the worst enemies of God’s people. Rahab, the poetic name for Egypt in the Bible;5 Babylon, the desolaters of Solomon’s Temple; Philistia, the nation of Goliath (1 Sam. 17) and the continual pest of Israel and Tyre, whose king was compared to the devil (Eze. 28:11-19).

The idea that out of these and other gentile nations would come citizens of the New Jerusalem is something the New Testament writers and apostles struggled to accept (Gal. 2:11-15). Korah’s sons knew from experience that God would save out of the condemned nations any person that fled to Him for mercy.

Sometimes God administers what we call “tough love.” Granted, it is hard to see the big picture, as God does, but God saved the children of a desperate rebel and then exalted them to the leadership of Israel. Knowing this helps us put our hope in God, because His mercy is greater than His justice. Like Korah’s sons, we can say, “God is our refuge” (Ps. 46:1).