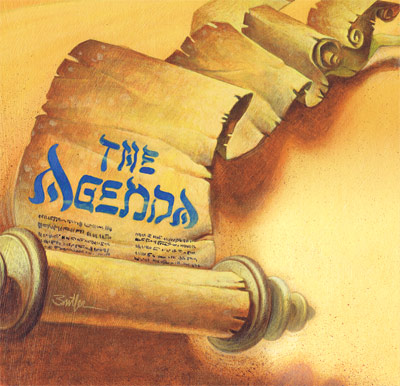 The narrative is well known.

Most of the time it is summarized in rhyme and song as the tale of the man swallowed by a whale. However, in four short chapters this chronicle has a depth that moves the reader to reflective contemplation; the sad satire and biting irony that describes the runaway prophet goes beyond words to spur our introspection about our own wayward ways.1

The story begins with a call. A mission dossier is handed verbally to the prophet. It is a common occurrence in Old Testament narrative. A formulaic statement of “the word of the Lord came to Jonah” (Jonah 1:1)2 denotes the significance of the event. The prophet Amos expresses the immensity of such an experience poignantly: “The Lord God has spoken! Who can but prophesy?”(Amos 3:8). The divine command to Jonah was: Go and preach. The human reply: Go and flee. Somehow I can understand the desire to flee—at least a tiny bit. As a recently graduated seminarian, anxious to receive “the call,” I found myself answering a phone call from my conference’s vice president and wondering to which big city in Colorado I was going to go. After all, I was ready for a call. Nothing prepared me to hear him describe the 200-plus-mile radius that encompassed my nine (!)-church district. To the number of congregations and vastness of covered territory the added discouragement involved the location: unfortunately, and quite inaccurately, Wyoming is not viewed as a popular vacation destination. I wanted to flee; I wanted to imitate Jonah. I thought about calling some other conference, or simply not showing up to work; what was the worst that would happen?

Jonah’s feet were indeed swift, not to announce the good tidings, but to flee. One of Jonah’s problems seems to have been that he was following his own agenda. Agendas are not necessarily evil. However, most of the time they tend to be problematic. Jonah’s story shows us why.

Our Agendas Are Often Opposed to God’s Agenda

The order given to the prophet is very simple and concise. Jonah has a direction to follow; the word of the Lord has come to him. Three verbs characterize his mission: Get up, go, and proclaim. You would think he follows the order, and he does to an extent. Jonah indeed gets up but he then flees and descends. He follows the command only as long as it is convenient for him. The key to this entire sequence is the verb descend.3 The word denotes more than just spatial direction. From chapter 1 to chapter 2 Jonah takes a route that is diametrically opposed to the divine coordinates of his destination. It’s as if Jonah ignored the divine GPS and keyed in his own route.

He had to get up to go—instead he descends.

He was to go east—he bears west.

He was to traverse land—he decides on a Mediterranean cruise.

He is to preach judgment and salvation—he decides to stay silent and take a nap.

Jonah’s descent is not just geographical; it is moral. I often wonder about the direction of my life. What direction is my ministry going? What direction is my church going? The agenda will set the course; and only an honest look at our agendas allows for an honest evaluation of course of action. Are we following God’s course, or are we following our own convenience? Yet, there is a second problem. In order to evaluate our agenda, we need to discover its origin.

Our Agendas Are Highly Influenced by Our Selfish Little Selves

Jonah’s decision to flee is not based on fear. Rather, it represents a desire to break the bonds that tie him to the One that gave him the order. He is intent on separation from God.4 A careful reading of the biblical narrative shows that Jonah’s flight was not the result of fear of the audience he is commanded to speak to. The prophet is not in the business of saving souls; he is in the business of enforcing judgment. Jonah is not paralyzed by fear; he is propelled by anger. He is certain of God’s grace and the power of the message—so much so that it is the focus of his angry rant in chapter 4.5

Jonah has his own selfish agenda, and he is so bent on carrying it out that he decides to attempt the impossible. He attempts to flee the “Spirit of God.” In a true act of lunacy he, out of all people, decides to have an episode of selective amnesia and forgets the words of Psalm 139:7: “Where can I go from Your Spirit? Or where can I flee from Your presence?” The word of the Lord came to him, and rather than receive, accept, and obey, he rises to flee from the Presence that came to seek him. There is an element of sad comedy in this story. The image is that of a little boy throwing a tantrum, and then attempting to hide in broad daylight behind a lamp from his father who can see everything. It makes me ponder our ability to make fools of ourselves when we follow our own agendas. We can stipulate complex reasons to justify our actions, and we can pile on addendums that may make our actions look intelligent, truthful, wise, or even fair. Nevertheless, at the end of the day it is nothing more than a facade; a masked exterior that cracks from the pressure of the true intention of our self-driven agenda. The true intention of the agenda always defeats the masked intention it hides. Words cannot drown the sound of actions.

The fugitive is now fast asleep. But his life is going to suffer under unnecessary duress. It seems to be the natural consequence of being driven by a plan that stems from our dark selves and that is counter to divine direction. Jonah is complicating his life and endangering the existence of those around him, all because he decided to follow his own inclinations instead of being obedient to God’s directions. However, in that complication it is grace that lays hold of the runaway prophet. As he is swallowed alive, supposedly descending to his watery grave, he finds grace. His agenda has taken him to a place that has no light. Now that his eyes are useless he sees the futility of his ways. It was at his darkest hour that Jonah actually saw the light of grace shine the brightest. It was in the lowest of places that he hit the highest of notes. Jonah reached the zenith of his spiritual experience at the nadir of his life. It is at this point that he prays to his God; the Presence he is trying to flee from finds him in the most unlikely of places, and in the darkness of the temporary grave he recognizes with clarity the faultiness of his agenda.

It seems that one of the lessons to be learned from Jonah’s experience is not to wait until we experience our darkest hour or are at our rope’s end before we actually realize how foolish it is to follow a shallow self-centered agenda. Agendas have a knack of complicating life, often being diametrically opposed to God’s plan and stemming from our own self-centered views (albeit many times well-thought-through and well-researched). We are called to constantly be honest with ourselves and reevaluate the motives of our actions. We must be willing to accept that our decisions, positions on issues, as individuals or churches, are many times biased and driven by our agendas, rather than honest introspection and prayer for divine direction. We tend to pray for God to approve what we have already chosen, rather than praying for the best course of action to follow. Perhaps our conversations and actions would take a different turn and tone if we would acknowledge our agendas, amend them, and then converse with each other, attempting to understand rather than polarizing each other. Perhaps the complications we run into would diminish if we would actually surrender to the God who hears the prayer of those who are in dire circumstances, even when they are self-inflicted, only to grant them the second chances they need to grow, change, and impact the kingdom. Maybe we should stop running, reexamine ourselves, and discover where our actions truly come from and ask the God of light to redirect our course, change our motives, and—as we walk in the right direction—rediscover the joy of a life led by God’s gentle and prodding voice. n