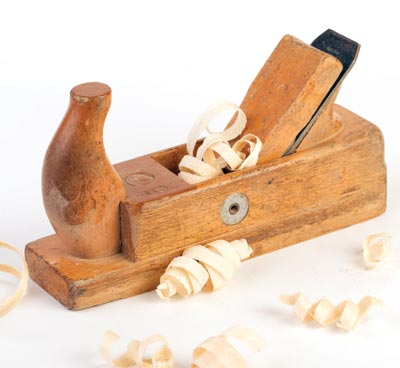 Growing up was such fun. Of course, the farther I am away from my youth, the better it looks. Poor eyesight and fading memories do help.

My fondest memory of growing up was visiting my father’s workshop. I loved the warm, pungent fragrance of new wood and the dusting of sawdust. The old, stained, striped engineer’s cap he always wore and the same tuneless whistle coming from the shop told me that everything was OK, and it gave me confidence and assurance.

My father was a master builder by trade, and he wore his uniform proudly. There was a pocket for his small gold pocket watch in his blue bib overalls, and several slots for pencils and other round necessities. The holster for his folding ruler clung to the side of those overalls, and of course he had a loop holder for his ever-present hammer, always hung at his side.

He smelled of sweat and sawdust, and his cap, though washed when mother could spirit it away, was stained with many seasons of hard work. I don’t remember him having much hair, so his head covering was important to him. The hat also held his pencil when it wouldn’t fit behind his ear.

His heavy wooden toolbox banded with century-old iron straps was also a part of him. He carried it whenever he worked away from home. The interior was neatly fitted with well-worn wooden compartments. The hammers were rough and needed finish work. There were also saws of different sizes for different uses. His box also held a blue chalk line and holder for larger projects, a packet of special finish nails, chisels fit for a shaving barber, a wondrous mechanical screwdriver, his small specialty tools, and his notebook for scheduling and completing certain projects.

I recently inspected his tools, now in my possession. Many of the handles of these wooden implements are made of rosewood, mahogany, or walnut. There was never rust on any of his tools, even those used outdoors. His chisels’ cutting edges were always clean and honed to razor sharpness. Each piece was placed precisely where it should be with edges retracted properly or otherwise protected. And because of this I see my father in a different light. He not only took special care of his tools, but he also used the same philosophy in the way he nurtured his family. As I reflect, I am able to see those similar traits in myself, put there by his example, if not by word.

My father’s workmanship spoke for itself. His credentials and recommendations came from the elite—doctors, bankers, Hollywood celebrities, and local businesses all competed for his time and talent. His ability to strike a hammer blow without leaving a mark has always been a wonder to me. I would practice driving a straightened used nail into some scrap of wood, but my efforts only served to remind me of how inadequate I was in comparison to someone with years of practice, an eye for perfection, and determination to be the best.

Jesus was in His father’s workshop for many years too, and I have often wondered if His earthly father showed Him how to care for his tools. Surely after so many years of working with His father, He was likely quite proficient at what He crafted. For 20 years of apprentice work would produce a wonderful carpenter—one who knew the pain of a smashed finger, slivers to be removed, and boards cut too short. I’m sure He learned to smooth a rough board, and to make something beautiful and useful from an ugly chunk of wood. Perhaps through working with a discarded piece of wood, He also cultivated His love for the possibility of beauty in each fallen human being. Certainly He observed His father’s mistakes and his reactions to obstreperous customers. Each was a lesson to Him, making Him more aware of how characters are formed and of the blessings of a loving family.

Lessons I learned as well in my own father’s workshop.