Is the Pandemic Making Us Less Compassionate? 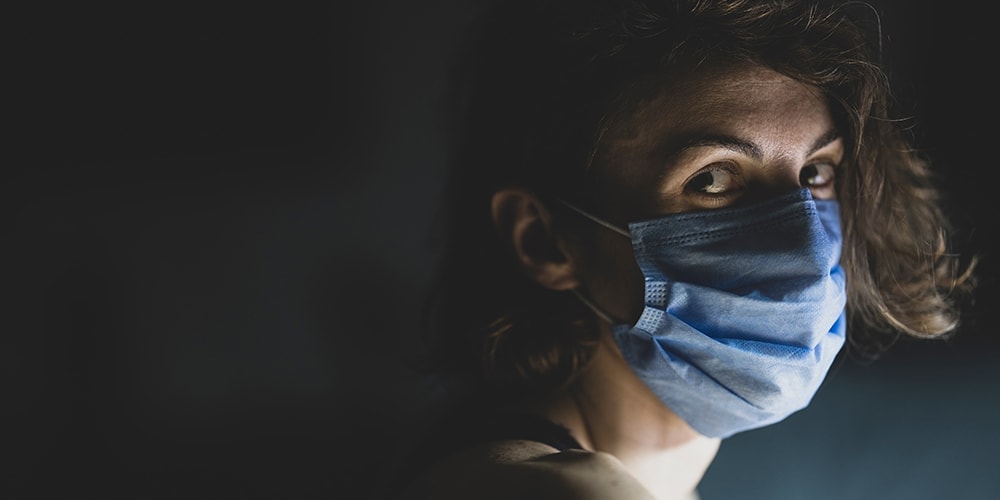 The first time I went out of my house during the pandemic must have been back in April 2020. I had something akin to “island fever.” Although I could work from the comfort of my home, I needed some fresh air. My wife and I decided to take a Friday off and drove to Santa Barbara in California, United States, a couple of hours away from our home. We thought, “Well, it is a weekday, we are still under stay-at-home orders, traffic should be light, and there should be few people walking around.”

As anticipated, not many people were walking at the ocean pier or along the coast, but so few of them were wearing masks! “What is wrong with these people!” There was enough space to keep far more than the required six feet of social distance, but we could not believe how so many were unfazed by this modern plague. Nearly eight months since, it is much worse. Crowds, no social distancing, and fewer masks point to what many call pandemic fatigue.

It is my modest opinion that one of the most discussed and least understood phenomena during the pandemic has to do with behavior. Scientists have done an incredible job decoding the genetic sequence of COVID-19, which accelerated the development of a vaccine and improved therapeutic measures. However, something as simple as “social distancing,” handwashing before touching your face, and wearing a mask remain a public health challenge. In fact, many experts believe that by not following these mitigating measures, COVID-19 has predictably increased to the critical proportion now experienced in many parts of the world. I say “predictably” because not only did they anticipate it in general, but they said that after celebrations of Thanksgiving (in the United States), Christmas, and New Year’s, there would be an exponential rise in infections, hospitalizations, and deaths.

Where I live, some have described it as a “war zone,” “hell,” or a “catastrophe.” The death count now is on the hour, and our health-care workers are stretched to the point of exhaustion — and yet folks continue to assemble, mask-less, as if immune not only to the virus itself but to how that behavior contributes to the spread of the virus. The rationale we all hear about the reason for this behavior is “pandemic fatigue.”

After all these months of lockdowns, stay-at-home orders, limited or no travel, no gatherings at church or with family and friends, we all feel inevitable fatigue, exhaustion, tiredness, a feeling of being worn out.

The World Health Organization (WHO) defines pandemic fatigue “as demotivation to follow recommended protective behaviors, emerging gradually over time and affected by a number of emotions, experiences, and perceptions. Pandemic fatigue is an expected and natural response to a prolonged public health crisis — not least because the severity and scale of the COVID-19 pandemic have called for the implementation of invasive measures with unprecedented impacts on the daily lives of everyone, including those who have not been directly affected by the virus itself.”1

More specifically, the WHO considers that compassion fatigue is expressed through an increasing number of people not sufficiently following recommendations and restrictions. More people decrease their effort to keep themselves informed about the pandemic.

The loss of motivation “is natural and expected at this stage of a crisis. At the beginning of a crisis, most people are able to tap into their surge capacity” as human beings draw on short-term survival strategies when having to face acute stressful situations. “However, when dire circumstances drag on, they have to adopt a different style of coping, and fatigue and demotivation may be the result.”2

For instance, the sense of threat from the virus may lessen as one becomes used to living with it as a “new normal,” even when the risk may indeed be increasing. On the other hand, the various losses (freedom of movement, economic losses, and relational losses) are perceived as more costly than contagion risks. Moreover, most of us have a hard time accepting a decreased sense of control over our lives. The end result, the WHO concludes, is that “people may become used to the pandemic and the threat it poses, and complacency may result.”3

An accomplished, analytical, and articulate woman recently told me, “I know the numbers; I did the math. The death rate is 0.8 percent; it is not even 1 percent. Why do we do all we are doing?”

I was taken aback. Just a couple of days earlier, I had been on a conference call regarding a very poor region in southern California with dramatic infection and death rates. This population is primarily composed of farm and food processing workers. They work in the fields and the packing plants that bring food to our tables. Since they live in small quarters, have relatively limited access to information and health care due to their immigration status, their COVID-19 math is much higher. To be clear, this woman is not a cold and uncaring human being. I know her well and know how compassionate she has been in situations where many would simply walk away. What is wrong here? Are we also experiencing compassion fatigue?

Psychologist Paul Slovic suggests that the answer to this question is very likely “Yes.”4 He has conducted substantial research on the human tendency to be indifferent to the suffering of others. He identified three psychological mechanisms that contribute to this:

1. Psychic numbing refers to the indifference individuals tend to feel when confronted with overwhelming calamity. In other words, we tend to “unplug” emotionally from, for instance, observing people in intensive care units or a pile of caskets ready for burial. The “unplugging,” according to Slovic, is not only because what we see triggers negative emotions but also because it is perceived as a threat that is not present (it is in the future). We believe it has a low probability of affecting us directly.

2. A false sense of inefficacy emerges when the numbers are high. The saying “one death is a tragedy; a million deaths is a statistic” captures the tendency to conclude that whatever efforts we may make would not make a dent; thus, why even try?

3. Prominence effect occurs when we perceive that an event threatens our security and we tend to fend for ourselves, even when there is death and suffering around us.

The research shows that compassion fades when the threat exceeds more than a single person. Slovic calls it the “Arithmetic of Compassion.” When you see that every life has a similar value, you see an increment proportional to the number of lives lost. When the losses are large, then there should be a rapid increase in how we care for other human beings. However, this is not how it works. “Psychic numbing” plateaus when reaching a point where we feel “this is too much,” resulting in a precipitous drop in our capacity to sustain compassion for the plight of others.

You might see some of this when groups of young people gather for parties, ignoring the pleas not to act selfishly but instead consider how their behavior can bring destruction to the older and infirm in their circle (and to themselves, as it turns out).

This can be further illustrated by an experiment conducted by psychologists utilizing Slovic’s ideas. One group of subjects were shown a picture of a little African girl who was in desperate need of food and was asked for a donation. A second group was given the same information and added statistical information about the millions in Africa at risk of starvation. Guess which group donated more? You would be correct if
you guessed it would be the first. Psychic numbing gave way to a sense of inefficacy, resulting in a drop in compassion and, therefore, fewer donations. The arithmetic of compassion may be working against all of us in reducing the impact of the pandemic on human lives.

The original version of this commentary was posted on the Inter-American Division news site.