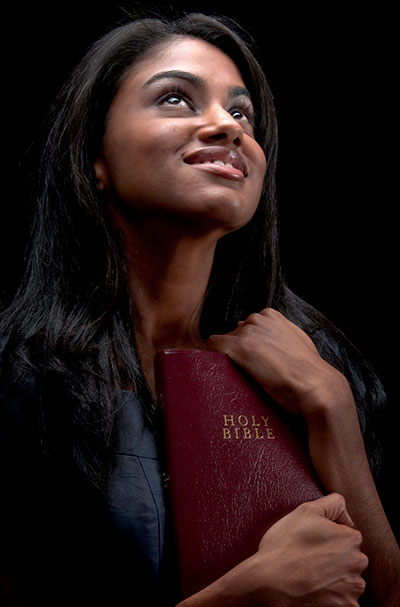 Last year a lesson in the Adult Sabbath School Bible Study Guide for Teachers proposed this imaginative
scenario for the reader’s possible application of a principle under study for
that day: “How can God become a stronghold in your life, especially when all
external security collapses?”
1

But
the collapse of “all external security” isn’t a concept that appears only in
religious reading. The search for meaning in dystopia, a world that seems to be
coming apart, occurs frequently in popular culture as well—literature, film,
and even music. And the exploration of this theme in the media is usually
anything but religious.

Some
films of this genre—many of them based on literature—seem to have become especially
enduring in their impact on viewers. From a long list of possible examples that
go back as far as 1927,
Soylent Green, Blade
Runner,
the Matrix trilogy, The Hunger Games (plus one sequel and a
second to be released in November)
, and
even Disney-Pixar’s animated
Wall-E have
depicted worlds gone terribly wrong. This year’s films in this genre would
include
Divergent and the remake of RoboCop. They depict societies in which
the qualities of civilization considered as progressive have been eroded or obliterated
by disease, poverty, oppression, natural or human-caused catastrophe, or even
alien invasion. And the result is usually some form of totalitarianism—or outright
anarchy.

The
perennial motif of a dehumanizing dystopian culture—especially one with the
qualities of poverty, oppression, and totalitarianism—occurs, as well, in
Scripture. Though Daniel and Moses received unexpectedly positive recognition,
they lived in times in which God’s people were being exposed to appalling exploitation.
And history further attests to the atrocious treatment of Jesus and those in
the early Christian church.

The
life story of Moses, in fact, provides some insightful observations on living
in an alien culture. Born at a time when a perceived threat of national security
had resulted in the enslavement and atrocious treatment of God’s people and a
royal decree mandating the immediate drowning in the River Nile of all newborn
male infants in the Israelite community, Moses’ odds of survival appeared to be
nil.

But
the divinely ordained and quietly heroic efforts of Moses’ family led to his deliverance
on the surface of the very river in which he should have been drowned and,
ironically, his ultimate adoption into the royal house of Egypt. There his
obvious gifts led to his grooming to occupy in the future the throne of the
most powerful civilization in the world of his time.

Meantime
Moses’ people were victimized by increasingly absurd demands from the
Egyptians. Imagine being required to produce bricks without access to the
necessary materials from which to make them! “Pharaoh’s command,” writes Henry
L. Ellison, “was a typical example of the irrational and spiteful behavior that
has constantly marred the actions of those that have been entrusted with
absolute power.”
2

“All
that in a sense [Pharaoh] was really doing,” Ellison adds, “was trying to bring
this alien group [of Israelites] into line with the vast majority of Egypt’s
underprivileged population. The work that Israel was now forced to do had been
rendered by the bulk of Egypt’s peasants. . . . This was the ‘system.’”
3 As most heroes of those who overcome dystopic times, however, in the face of
these conditions, Moses came to a moment of truth in which two paths opened
before him: to accept the conditions in which he lived or to reject them.

Though
it is evident that today there is a popular taste for dystopic themes in print
and in film, the reasons for it are less clear. One enduring, deeply rooted
idea, of course, is the engagement between good and evil that is at the heart
of so much literary conflict. But a further element in this mix must surely be
the evident atrocities and injustices that already exist
today—and that could develop into the more extreme settings portrayed
in pop culture.

These
conditions—in today’s world—lead inevitably to a search for meaning. Why does
it seem that humanity is locked in inescapable conflict with one another? Even
those with no apparent interest in spiritual things return to the persistent, existential
question: Are we as a species truly meant only for this? In the words of one
popular band, “My TV set just keeps it all from being clear. I want a reason
for the way things have to be.”

This
isn’t a new quest; it is as old as humanity itself, and it appears even in
Scripture: “I applied my heart to know, to search and seek out wisdom and the
reason of things” (Eccles. 7:25, NKJV). And too often this search for meaning can
lead to utter despair. Again and again—more than 30 times—the word
“meaningless” recurs in Ecclesiastes (NIV).

Facing
such questions, the same band mentioned earlier sings, “I need a hand to help
build up some kind of hope inside of me.”

Interestingly,
Ecclesiastes is “the one book in the Bible that just does not seem to fit. What
place could such a harsh assertion of meaninglessness have in a Scripture that
intends to reveal the redeeming work of God in history?”
4 But Ecclesiastes may be a book that is uniquely for this time in human history.
Not only does it express some difficult questions that sound as current as
today’s headlines; it also provides some answers, some refreshing assurances of
hope.

The
hope that usually saves the day in most dystopic literature and film is
centered on humanity. In popular culture, almost universally it is human integrity,
ingenuity, and courage that save humankind from dystopia or—worse—extinction.
Some may wish to point out that the robotic hero of
Wall-E is not human, but it is his human qualities—represented in
unexpectedly moving scenes in which he and Eve, another robot, save humanity—that
bring about a possibly hopeful end to his dystopia.

Human
will, resourcefulness, or valor, however, aren’t Scripture’s answer.
Ecclesiastes—in fully acknowledging the dystopia that is the human experience
in a world of sin—offers a more sure, transcendent hope. “Let us hear the
conclusion of the whole matter: Fear God and keep His commandments, for this is
man’s all” (Eccles. 12:13, 14, NKJV). And these are the same commandments that
Moses brought back from his mountain-climbing experience on Sinai.

Fearing
God and keeping His commandments, though, are not a matter of the completion of
a checklist. They are neither a recipe, nor a formula. The true meaning of life
is that “whoever believes in [God] should not perish but have everlasting life”
(John 3:16, NKJV), even “when all external security collapses.”