Homeless but Hopeful at Canadian Camp

It has been well more than a year since a devastating fire incinerated 90 percent of the little village of Lytton, British Columbia, Canada, on June 30, 2021.

Nearly two weeks later, the Adventist-managed Camp Hope began to accept Lytton First Nation (LFN) evacuee guests at its facilities. It was a challenge for the managers to get the lodge and cabins up to speed. After the COVID-19 pandemic had canceled nearly every booking and reservation for 18 months, the lodge was practically in “sleep mode.”

Camp leaders said they averaged more than 60 LFN guests for many months. These numbers peaked at around 180 for close to two weeks as stubborn, aggressive fires threatened more homes. Eventually, as fires diminished, LFN members were allowed to return home if they still had a home, or to go to accommodations closer to their communities. The camp averaged 20 guests after that. In time, those numbers dwindled again, and most recently, in late July 2022, the camp had just five evacuee guests.

While we know the goal is for our guests to return to a home or community, it’s bittersweet seeing our new friends leave. We have celebrated birthdays, nursed the sick through COVID-19 or the flu, played taxi, gone to medical appointments, played bingo, eaten together, had reveals and baby showers, watched game shows and baseball together, applauded sobriety, done puzzles, visited together, and more.

Alphonse, 62, known as Al, is quite a character. He kept a fire going in the camp’s woodstove all winter. As a child of five, he was taken from his home to attend the local residential school. He has hunting skills in dormancy. He has been teaching me how to call a moose. It is a different call for the males and females (in case you didn’t know). I haven’t perfected it yet, but he is pretty good. His elk call is good too. He makes us excellent bannock from scratch. But he has nowhere to go.

Dave and Doreen are not LFN. Their home was lost, without insurance coverage due to some glitch. They very narrowly escaped the fire. Their cat was all they saved. Dave recently received a new hip and is healing well. He has lots of stories. Doreen is a prolific seamstress. She makes hats to sell. Apparently, she had a significant supply in her home, but they all burned. She has a little sewing room at the camp. The hats are CA$35 (about US$26.50) each. She customized all the curtains in our 14 newly renovated lodge rooms.

Margo and her sister Sharon are still at the camp. Margo also sews; she makes pot scrubbers and dish cloths to sell. Interestingly, Margo is an Adventist church member and had attended camp meeting at Camp Hope many times.

The two had left their home in town to visit another sister nearby on the reserve. They had just arrived when someone told Margo there was a fire back in Lytton. She was surprised, as there hadn’t been any smoke when they left mere moments before. Upon hearing this news, she looked back and saw smoke. Quite concerned, she drove to her home, right in town, to gather up important personal items. In the short time she was there, she heard vehicles exploding nearby. She did not want to lose her truck — and means of escape — so she left quickly with what she had. She narrowly escaped.

It turned out, the home Margo had been renting in town was one of very few structures that did not burn. A firefighting helicopter dropped a bucket of water or fire retardant on or near the home at a strategic time, and it survived the fire.

Camp leaders said that they don’t know how long these friends will be guests at the facilities. “We have told them we will never ask them to leave,” they said.

The original version of this story appeared in the September 2022 issue of the Canadian Adventist Messenger. 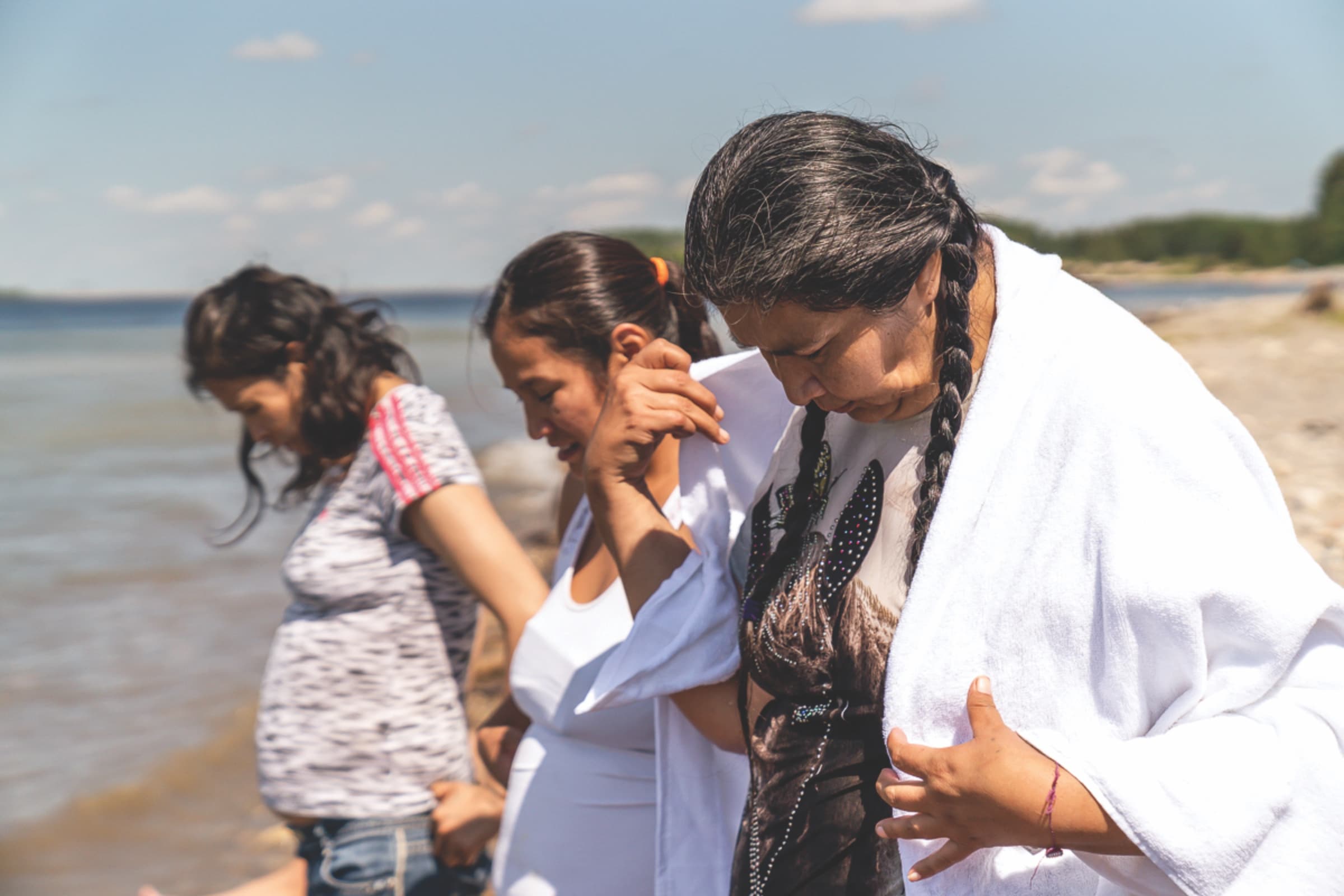