Adventists aren’t the only ones grappling with young adults failing to engage in traditional, institutional Christianity. 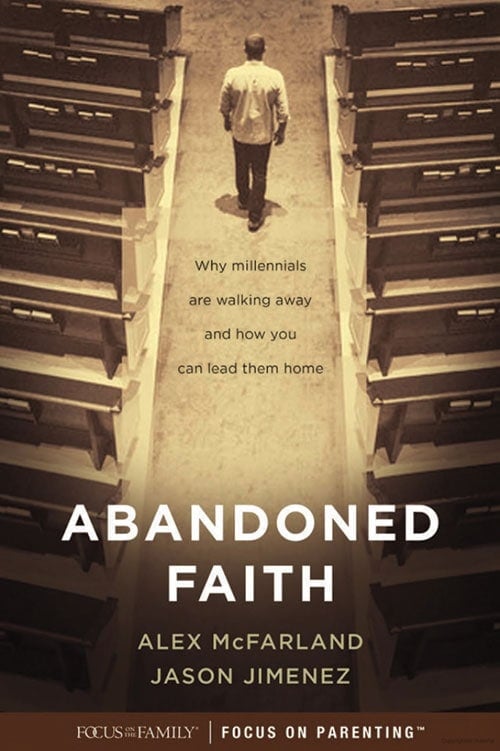 Abandoned Faith: Why Millennials Are Walking Away, and How You Can Lead Them Home, by Alex McFarland and Jason Jimenez, Tyndale House Publishers, Carol Stream, Illinois, 2017, 267 pages. Paperback, US$9.48; Kindle $8.54. Reviewed by Stephen Chavez, Adventist Review.

It’s no secret that millennials are leaving the church. And Adventists aren’t the only ones grappling with the phenomenon of young adults born between approximately 1976 and 1994 who are failing to engage in traditional, institutional Christianity. In fact, research indicates that among those who describe themselves as atheists, agnostics, or “nothing in particular”—“the nones”—a significant number of them are millennials.

This reality is addressed by Alex McFarland and Jason Jimenez in their book Abandoned Faith. The authors, specialists in Christian apologetics and family ministries, offer their observations and suggestions for addressing this situation.

The book is divided into four sections: What Went Wrong; Forces Shaping Our Sons and Daughters; Steps to Mend to Move Forward; and Winning Back Your Millennial Child. Each chapter in its respective section is carefully crafted to blend sociological research (fully documented), contemporary and biblical case studies, and scriptural counsel.

The reason millennials are leaving the church is summed up in this sentence: “Too many Christians have forgotten that the goal of the church is to help people follow Christ [rather] than [just] show up for an hour on Sunday.” And it isn’t just the church that is blamed for millennials’ disinterest in organized religion. Other causes include the changing influence of the home and changes in culture.

A recurring theme in the book is the guilt felt by parents who come to realize (too late) that their children’s interest in Christianity is waning or absent altogether. The authors’ suggestions for remedying the situation are helpful, but certainly not guaranteed to produce positive results in every case. Let’s face it: young adults in university, or in their first jobs, are less likely to conform to parental influence than when they were younger.

The ideal audience for Abandoned Faith is not those whose children have already abandoned their faith; it’s for parents, family members, church members—indeed, all Christians—who are determined to live their faith, not just talk about it.