Addressing the issues of war and peace, violence and nonviolence & the struggle with fundamentalism. 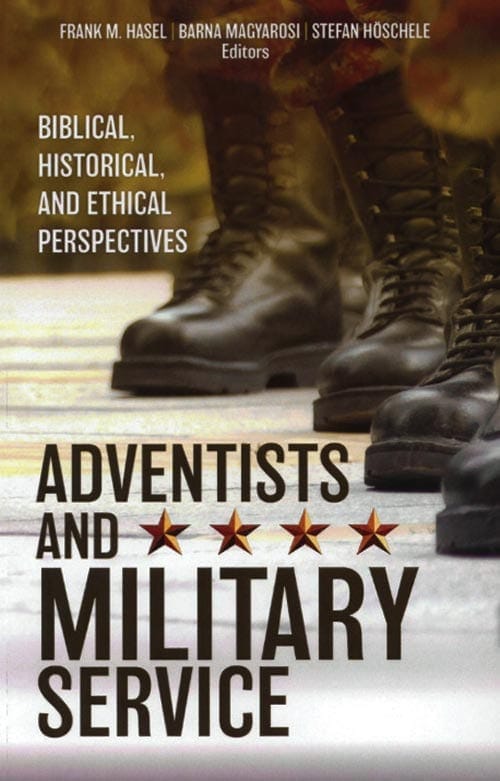 Adventists in Times of War

Seventh-day Adventists are generally known for their commitment to peace, reconciliation, and nonviolence. Around the world Adventist conscripts have tried to walk the line between serving their country and honoring God’s commandments in the spirit of Christ. They have tried to serve in noncombatant capacities and to rest on the seventh-day Sabbath, even if that meant being court-martialed for their religious convictions.

Changes in the political landscape, financial circumstances, and ethical perceptions during the past 40 years have nevertheless influenced how Adventists perceive service in the military, particularly in times of war.

The book Adventists and Military Service: Biblical, Historical, and Ethical Perspectives, coedited by three Adventist scholars, addresses the issues of war and peace, violence and nonviolence from multiple perspectives. Most of the book’s chapters grew out of an initiative of the Biblical Research Committee of the Inter-European Division. As the Adventist Church has become quieter on this subject, the book’s relevance seems greater than ever—in particular, for church members who face ethical difficulties and challenges in relation to joining the military whether voluntarily or involuntarily.

The book is divided into nine chapters, written by Adventist scholars from three continents. The chapters focus on violence and war in the Old and New Testaments; ethnicity, the church, and violent conflicts; military service and the just war idea throughout Christian history; the gradual loss of clarity about military service among Seventh-day Adventists; cases of nonconformity and conscientious objection among Adventists during World Wars I and II; ethical challenges for Christians in military service; psychological effects of war and pastoral care; and considerations concerning Adventists and military service.

The chapters are supplemented by three appendices, a selected bibliography, and an annotated list of books dealing with peace, war, military service, and nonviolence.

The examples of various Adventist believers who were committed to nonviolent service, even to the point of imprisonment and martyrdom, are an inspiring, living testimony to the love of Jesus for all people.

I appreciated reading Jesus’ principles of peace (Matt. 5-7) and the rich history of Adventist nonviolent service; but found particularly intriguing the discussions about Israel’s wars against foreign nations, the conversion of heathen soldiers to Christianity in the New Testament, and the ethical issues of violence and nonviolence.

God’s character of love is manifested in unlikely places. Thus the total annihilation of the Canaanites did not eclipse the possibility of mercy toward individuals who “turned to Israel’s God for mercy.” Similarly, Israel’s aggressive wars against other enemies during the conquest usually permitted the possibility of an escape, a peace offer, or a vassal treaty.

This book is a must-read for all who want to both serve their country and answer God’s call to preach “the eternal gospel. . . to every nation, tribe, language, and people” (Rev. 14:6). 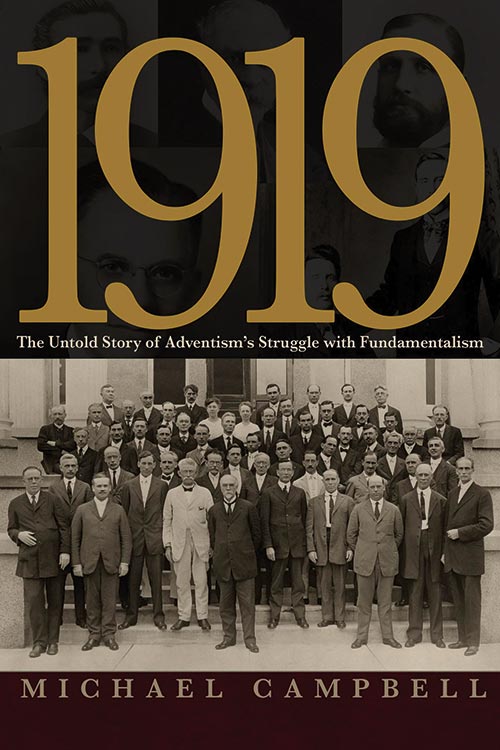 Reclaiming History For The Better

Even if Adventist church history is not on your list of favorite things, you owe it to yourself (and to your fellow church members) to pick up this small but powerful volume and find out what happened in the church 100 years ago, and why echoes from that event still reverberate today.

A little historical context: Ellen White died in 1915. Almost exactly four years after her death a group of Adventist scholars, administrators, and pastors met to discuss (among other things) the role that Ellen White’s writings should have going forward. As described in this marvelously well-told narrative, the meetings were often contentious and divisive, with different factions digging in their heels and accusing others of . . . well, you’ll have to read the book.

The Bible conference attracted so many vocal critics (some who weren’t even there) that the notes and transcripts taken at the meeting were collected and figuratively buried in the archives of the General Conference. They were rediscovered (providentially) more than 50 years later.

Michael Campbell, an associate professor of religion at Southwestern Adventist University, and one of the denomination’s premier historians, unpacks the significance of the event by describing the issues involved, the principals who argued on each side of the issues, and how the issues were resolved (or not). This book is based on his doctoral dissertation, but his prose is delightfully accessible; easy to read and understand.

In a sentence, those present at the conference worked to define the legacy of Ellen White’s writings, their relationship to the sacred canon of Scripture, and the manner in which Adventists in the twentieth century should interpret her writings, and by extension the Bible.

If this sounds theoretical, one only has to read or listen to sermons preached in churches or posted online to realize that as a church we still grapple with these issues. While we say we believe in “thought inspiration,” a significant number among us believe in “verbal inspiration.” If you don’t know the difference, you have to read this book.

When papers related to the 1919 Bible Conference were rediscovered in the mid-1970s, Adventists were forced once again to reevaluate their attitude toward inspiration and their interpretation of Scripture. And now, 100 years after that conference, we’re still a people prone to draw lines in the theological sand to demarcate those who have believed differently from the rest of us.

If 1919 tells us anything, it’s that people of good will can take different positions and still be loyal to Christ, who alone is worthy of our love and worship. What we can’t afford to do is hide our disagreements and hope that somebody else will solve them.