Cliff's Edge--This Has to be The Truth 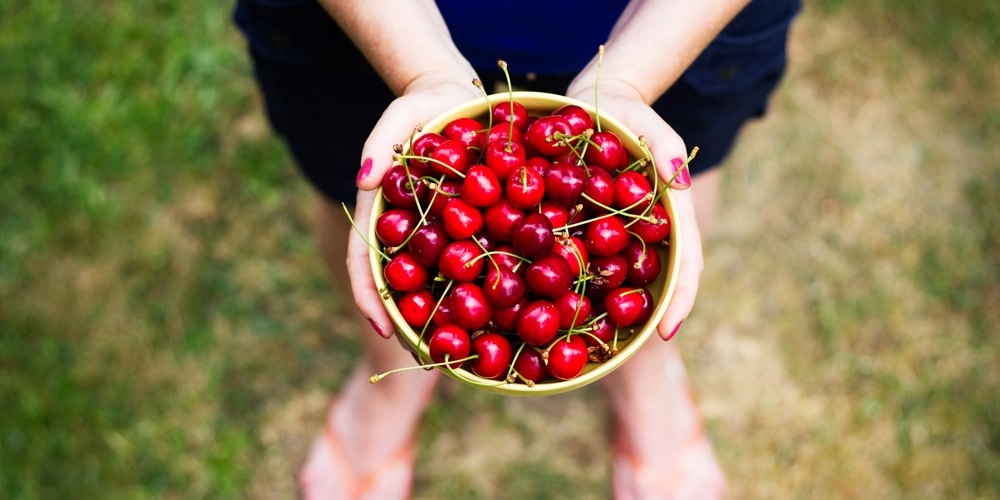 More than 40 years ago I realized that truth, as in The Truth, had to exist. The universe, that is all created existence, is here. Something had to originate and explain it, and whatever (whoever) that was—that was The Truth. I remember, too, thinking that if humanly possible to know The Truth (because it might not have been possible), I wanted to, no matter the cost. Eventually (and at great cost), I became a Seventh-day Adventist. And now, almost 40 years later, I’m more convinced than ever that the Seventh-day Adventist message has to be The Truth (or, at least, the fullest revelation of it available now).

To begin, my wife recently endured another of my teleological freak-outs at breakfast (see www.adventistreview.org/the-grapefruit-and-the-self-referential-paradox), this time over a cherry pit. After consuming the luscious fruit, I held it, this pellet, this pit, which can pull out of water, air, dirt, and sunlight something that will miraculously transform this pellet, this pit, into a massive tree out of which about a thousand cherries per season will grow, each with its own pit (and each pit with potentially a million more trees) built right in. (I’d love to ask some evolutionist, even a theistic evolutionist, what over their billions of years evolved first? The cherry pit? The cherry tree? The cherry blossom? Or the cherry itself? Just curious.)

Anyway, at this moment, at breakfast (“Cliff, please just eat!”) that pit in my hand captured the whole Genesis creation narrative (“and trees on the land that bear fruit with seed in it, according to their various kinds” [Gen. 1:11])—itself so foundational that God put in the creation event of life on earth the seventh-day Sabbath, in which God commands one-seventh of our lives, every week without exception, to remind us of creation (see Gen. 1, 2), the essence of The Truth.

And creation itself—the most immediate reality that we can know because we are part of it—points to Jesus of Nazareth (Gen. 1:1; John 1:1-3; Heb. 1:2; Col. 1:16, 17), our Creator. And not just our Creator, but our Redeemer (Gal. 3:13; Rev. 5:9), too. After all, what good is being created in a fallen world if we don’t have the hope of redemption from it, as well? Jesus—His pre-existence, birth, life, death, and resurrection—everything about Him, so powerfully predicted in the Old Testament and amazingly fulfilled in the New, affirms for me, even more, The Truth.

Then, too, the state of the dead (Eccl. 9:5; Ps. 13:3; John 11:13; 1 Cor. 15:51). The Christian world, at least the more conservative wing (the real lefties often don’t believe in any afterlife) seems hell-bent (excuse the pun) on maintaining not only their immortal soul (as pagan a notion as Sunday sacredness) but their eternal torment in a conscious state as well. Jesus tormenting, or allowing to be tortured, say, Anne Frank, in hell for eternity, right alongside the Nazi who arrested her? If that’s part of The Truth—I would exclaim, “Lord, help us all!” except that the Lord would be the One we’d need to be helped from. Fortunately, opposed to eternal torment is the biblical teaching of the eternal destruction of the lost (John 3:16; 2 Thess. 1:9; Phil. 3:19)—another pillar of The Truth.

Then there are the prophecies of Daniel 2, 7, 8—in which, in each chapter, after ancient Greece only one power and one power alone arose and exists from then until the end of the world. Unfortunately, about nine-tenths of Christianity identifies this power as a Greek king who vanished from history 2,000 years ago, while the remaining one-tenth identify it as a yet undisclosed future anti-Christ, such as a computer in Belgium, or some Syrian Jew, whatever. Yet it can be only one power (after all, only one power arose after ancient Greece and exists even now)—an interpretation (which we almost alone hold to) that helps me see, again, why the Adventist message has to be The Truth.

And Ellen White? Putting aside questions about her role, authority, or the exact nature of her inspiration, what about her more than 70 years of ministry? Considering the claims that she made about her work, and the things she wrote about (i.e., her depictions of Lucifer’s fall, of Adam and Eve in Eden, of the Flood, of the Second Coming, of the New Earth), I see only four options: (1) She was the grandest liar ever, starting this hoax as a 17-year-old and perpetrating it across seven decades; (2) she was a full-fledged nut case; (3) she was demon-possessed, preternaturally endowed by the father of lies; (4) she had been given the gift of prophecy (Eph. 4:11; Rev. 12:17; Rev. 19:10). For me, only option four fits reality.

So creation points to the Creator, which points to Jesus and Christianity. With Christianity true, would not the Lord have raised up among all the denominations—often holding contradictory views—at least one that has it right, just as He had done with ancient Israel? And once you reject, among other things, the Sunday-sacredness-immortal-soul-eternal-torment-in-hell dogma, what’s left but the Seventh-day Adventist Church?

Isn’t the claim to have The Truth arrogant and boastful? Could be. But having The Truth and being saved by it are two different things. For more than a millennium ancient Israel had The Truth, and though some Hebrews thrived in it, many chose not to. You think it is any different with us, or that we are the only ones saved (see Rev. 18:4)? Please! But having so much greater light than Israel did, we should be humbled and awed, approaching The Truth not with arrogance but with “fear and trembling” (Phil. 2:12), yet expressing thankfulness for our sacred trust as heralds of the three angels’ messages of Revelation 14:6-12.

I could go on, but for these reasons and more Seventh-day Adventism has to be The Truth. Nothing about it makes sense, otherwise.

Reimagining Faith
The Limits of Excarnational Truth
Is the truth ever fully communicated apart from our embodiment of it?
Magazine Article
In Her Own Words
Ellen White experienced both sides of caregiving.