Bucking a trend of skirting controversial issues here, a leader of the Russian Orthodox Church declared “Christians are the most persecuted religious community on the planet,” and slammed moral compromise in some communions that are members of the World Council of Churches in a stinging address Nov. 1 at the group’s 10th Assembly.

Metropolitan Hilarion of Volokolamsk, chairman of the Department for External Church Relations of the Moscow Patriarchate, challenged the 3,000 delegates from many of the world’s churches: “While we continue to discuss our differences in the comfortable atmosphere of conferences and theological dialogues, the question resounds ever more resolutely: will Christian civilization survive at all?”

Hilarion cited “militant secularism” and “radical Islamism,” which he said was a philosophy distinct from traditional Islam, as continuing threats to the Christian church, and devoted most of his comments to the first topic. He began by noting that while it was the capitalist West that defended Christian values after the establishment of the Soviet Union and the Second World War, things have changed.

“In the countries of the former Soviet Union, in particular in Russia, Ukraine, Belorussia and Moldavia, an unprecedented religious revival is underway. In the Russian Orthodox Church over the past twenty-five years there have been built or restored from ruins more than twenty-five thousand churches. This means that a thousand churches a year have been opened, i.e. three churches a day,” he said.

By contrast, Hilarion said, “In Western European countries we can observe the steady decline of the numbers of parishioners, a crisis in vocations, and monasteries and churches are being closed.”

The prelate said secularists are aiming at more than religious symbols: “One of the main directions of its activity today is the straightforward destruction of traditional notions of marriage and the family. This is witnessed by the new phenomenon of equating homosexual unions with marriage and allowing single-sex couples to adopt children. From the point of view of biblical teaching and traditional Christian moral values, this testifies to a profound spiritual crisis. The religious understanding of sin has been conclusively eroded in societies that until recently thought of themselves as Christian.”

Hilarion then outlined the advances made by advocates of same-sex marriage in many Western societies, and predicted dire outcomes.

“One of the direct consequences of the radical reinterpretation of the concept of marriage is the serious demographic crisis which will only grow if these approaches are adhered to. Those politicians who are pushing the countries of the civilized world into the demographic abyss are in essence pronouncing upon their peoples a death sentence,” he said.

While calling on Christians to defend traditional values, Hilarion lamented that some churches are moving in a different direction: “Unfortunately, not all Christian Churches today find within themselves the courage and resolve to vindicate the biblical ideals by going against that which is fashionable and the prevalent secular outlook. Some Christian communities have long ago embarked on a revision of moral teaching aimed at making it more in step with modern tendencies,” he said.

Turning to “radical Islamism,” Hilarion cited disturbing statistics: “In recent years the persecution of Christians has assumed a colossal scale,” he said. “According to the information of human rights organizations, every five minutes a Christian dies for his faith in one or another part of the world, and every year more than a hundred thousand Christians die a violent death.”

He added, “One of the most important tasks facing us is the defense of our persecuted brothers and sisters in various areas of the world. This task demands urgent resolve for which we must employ all possible means and levers—diplomatic, humanitarian, economic and so on. The topic of the persecution of Christians ought to be examined in the context of inter-Christian cooperation. It is only through common energetic endeavors that we can help our suffering brothers and sisters in Christ.”

Seventh-day Adventists have historically been strong advocates for religious liberty, and for preserving healthy families, but have typically chosen not to join inter-faith movements to promote these causes. While it regularly sends observers and correspondents to the General Assemblies of the WCC, the denomination has not joined the WCC, due to its historic concerns about Protestant churches uniting with Rome in an ecumenical movement that could erode religious liberties. 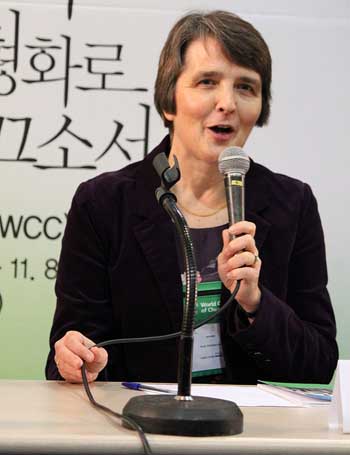 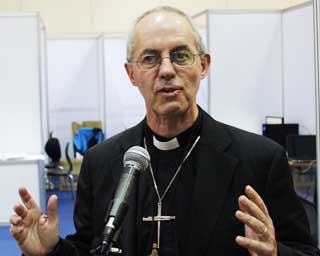 Closer Look
Eat Up! & Good News About Sex
Don’t read this book if you don’t want to be challenged & clear, balanced, and practical book on the topic. 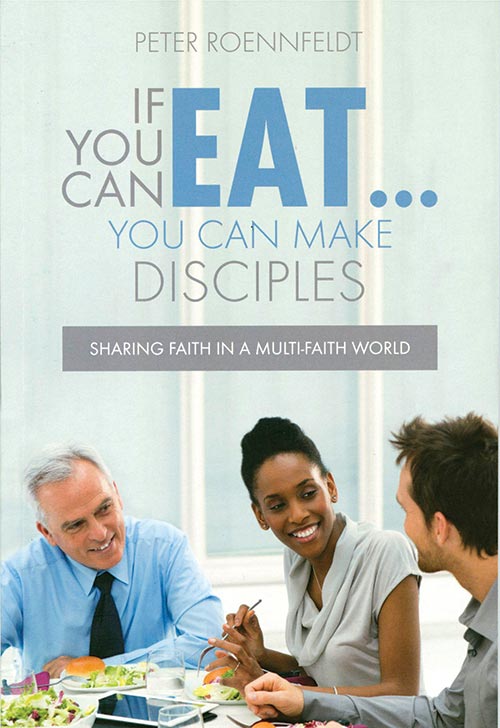