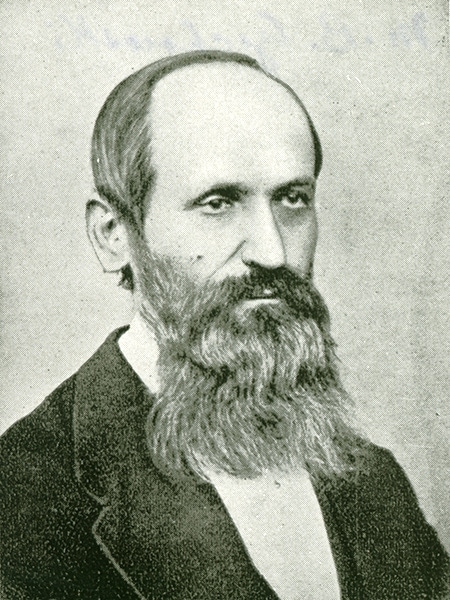 As the Seventh-day Adventist movement in North America grew in the late 1840s and 1850s and slowly developed its unique set of doctrines, Adventists began to think about mission work abroad. For a time they had a “shut-door” policy, thinking the close of probation had come. They also had the challenge of consoling the Millerites, still suffering from the Great Disappointment of 1844.1

In 1848, Ellen White had a vision, showing her that the Advent message was to go around the world as “streams of light.” She communicated this dream to her husband, James, who began to publish Present Truth (forerunner of today’s Adventist Review). He also began to promote an “open-door” policy regarding preaching the Advent message, thus setting the stage for mission work in European countries.

Church members of European descent in the United States had certainly sent Adventist literature to friends and families in their respective countries of origin. In May 1863, James White wrote in the Review that “ours is a worldwide message.” The problem, however, was that Adventists were short on trained personnel and didn’t know whom to send. Where were the speakers of French, Italian, and German?

John Nevins Andrews wrote: “I firmly believe that God has much [sic] people in Europe who are ready to obey his holy law and to reverence the Sabbath and to wait for the Son from heaven.”

James White had earlier said “not to send the gospel to the heathen, but to extend the warning throughout the realms of corrupted Christianity.” Other Adventists said that they ought to call people “out of Babylon,” understood primarily as applying to nominal Christians in the United States and Europe.

Men With a Message

A former Roman Catholic priest, Michael B. Czechowski, converted to Adventism and volunteered to go to Europe. Since he was relatively new to the faith, he traveled without the official endorsement of the church. Once in Europe, he proceeded to preach the Seventh-day Sabbath. He baptized a few people while preaching and sharing Adventist literature in the Waldensian villages of northern Italy. He then went to Switzerland in 1865, going house to house selling an Adventist magazine, L’Evangile Eternel (The Everlasting Gospel). He baptized 40 Swiss believers and thus laid the foundation for Adventist activity in Europe. Then he went to Romania and Hungary, doing the same work there. 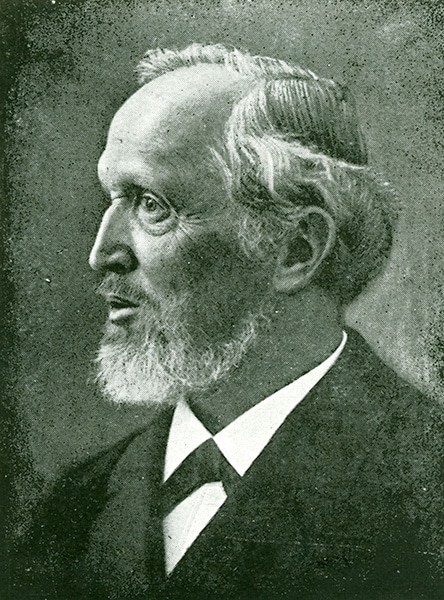 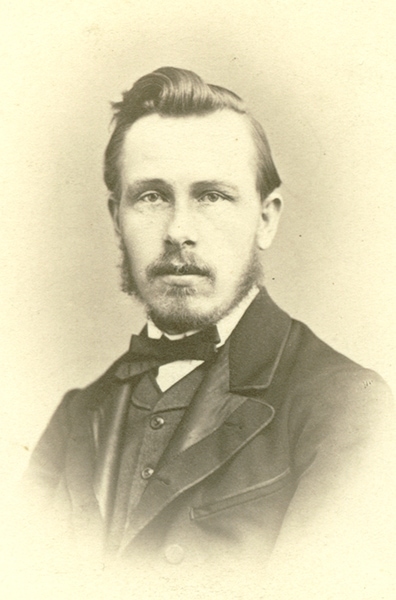 Albert Vuilleumier and James Erzberger, two Swiss men, became interested in the Adventist religion. The latter traveled to Battle Creek and wanted to know more. Ellen and James White invited him to stay with them while he learned English and got to know Adventism well. They prepared him to do evangelistic and colporteur work in Switzerland. He returned to his home country and shared his faith.

George Knight mentions two important results of Erzberger’s visit to Michigan: “First, it prompted a heightened discussion of mission among the Adventists in America. And, second, it led to the persistent call for a missionary to go to Europe.”2

In December 1871, Ellen White had another vision showing her that Adventists had “truths of vital importance” that would “test the world.” It was time for the church to send its first “official” American missionary, John N. Andrews.

Eagerly awaited by Swiss Adventists, the hardworkingAndrews greatly strengthened and encouraged Adventists during his time there. When he arrived in Switzerland, he put ads in major European newspapers that read “Seventh-day Adventists Wanted.” Surprisingly, people responded and contacted him. Thus Adventism spread gradually in various European countries, mainly by colporteurs going house to house selling Bibles and religious magazines such as Les Signes des Temps (The Signs of the Times). A publishing house was established in Basel, Switzerland, producing Adventist literature in French, German, and Italian. 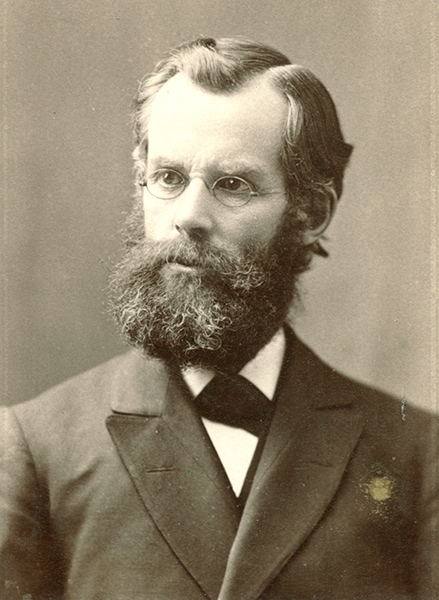 nfortunately, Andrews died in 1883 at the age of 54. He was succeeded by B. L. Whitney, who made England his home base. Other native Englishmen, George R. Drew and William O’Neil, worked for the Lord there as well. Drew, while sharing Adventist literature on ships docked in Liverpool, met and converted a Finnish sea captain, A. F. Lundquist, who introduced Adventism to Finland.

Other Europeans also answered the call to evangelize Europe. John Gottleib Mattesen, a Dane, immigrated to the United States as a 20-year-old. He served for a while as a Baptist pastor, then became an Adventist. He and his family moved to Denmark in 1877. He worked to build up the Advent work in Denmark and Norway for the next 11 years.

Adventist leaders in Europe in the latter part of the nineteenth century invited Ellen White to come to help build the fledgling Adventist movement. She gladly accepted the Macedonian call and immediately exercised a positive, encouraging influence on the growing groups of Advent believers. She accepted every invitation to speak, and she had a strongly unifying influence on Adventist believers wherever she spoke.

Ellen White felt the church needed a German-speaking laborer in Europe. The American believers sent Louis Conradi, a German who had immigrated to the United States at the age of 17. He was educated at Battle Creek College and worked among the German immigrants in the area. After his arrival in Switzerland, Ellen White wrote, “I am glad Brother Conradi has come, for he is a successful worker among the Germans.”3

Conradi and Ellen White went to Germany together in 1887 to visit small groups of Adventists in Vohwinkel and Elberfeld. She discovered that “unkind criticism had crept into the church, and factions and hard feelings had resulted.”4 She made an earnest appeal to the Adventists there: “Have you forgotten the words of Christ? ‘A new commandment I give unto you, that ye love one another as I have loved you. . . . By this shall all men know that ye are my disciples if ye have love to another.’ . . . You must ever strive for unity and forbearance and love. Never draw apart.”5 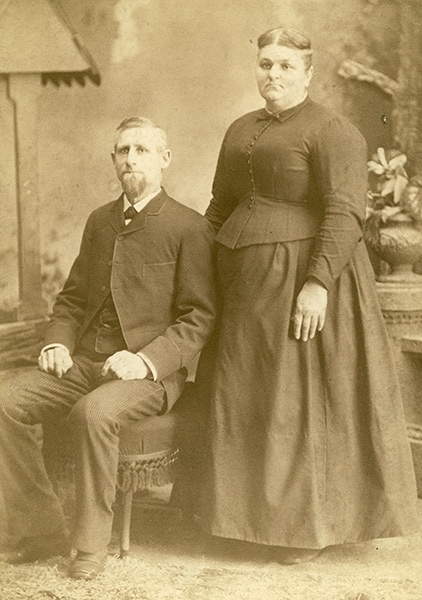 To Conradi’s surprise, Ellen White suggested a testimony meeting. After many had given their testimonies, it became clear that a rich blessing from God had flowed into their hearts.

Louis Conradi became a leader of the German work. Highly intelligent and gifted, he manifested the virtues of hard work, zeal, and full dedication. He had a profound influence on the Adventist movement in Central Europe.

In 1886, he went to Russia, met an Adventist, Gerhardt Perk, and together they preached the Advent message. They were arrested by Russian author
ities for preaching Jewish heresy and imprisoned for 40 days. Conradi later returned to Germany, where he served as president of the European Division for 35 years. 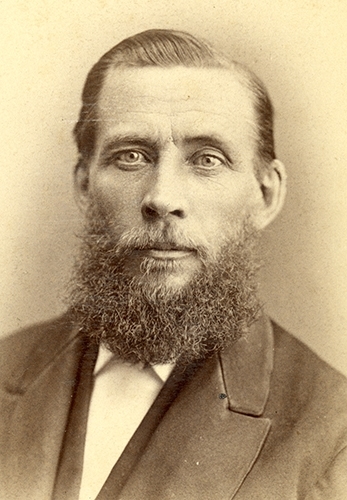 The robust health of the Seventh-day Adventist Church around the world is a powerful testimony to the sacrifice and forethought of those early pioneers. The future of our movement is bright as we keep our eyes on Christ and continue sharing His message of love and salvation with everyone we meet—in our own communities and around the world.