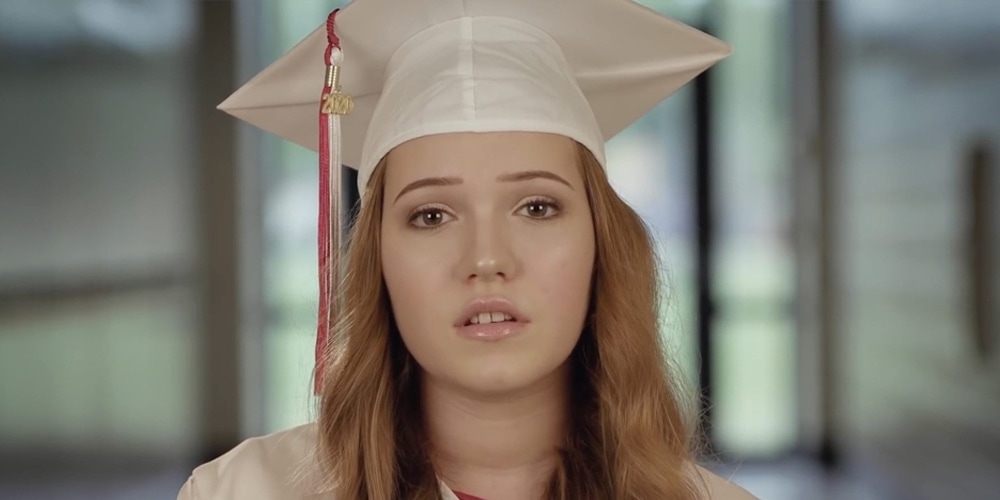 It was anything but a typical Thursday morning in March 2020 for Andrews Academy senior Emma Hamel.

She woke up late, threw on her least favorite shirt, and headed to school. Later that day in assembly, the school staff announced they would be shutting the school for three weeks due to the pandemic. Emma did not know that this would be the last time she would see many of her friends for a long time or that she and her classmates wouldn't be celebrating the end of high school in typical fashion.

As weeks apart turned to months, Emma turned to music to escape the hurt of a senior year derailed by the novel coronavirus. She began penning the words to the song, “Standing by My Side.”

The end is finally here,

but it’s not clear where this goes.

I know, I understand.

It’s not how I planned for it to go.

Shortly before graduation, a school representative contacted Emma with the news that the talent for their senior class night had canceled and asked to use one of her songs. Emma informed them that she was writing a song about the abrupt end of their school year. She said she was initially nervous about sharing the original piece with her classmates, since she is more on the reserved side, but she finished the song and sent it in.

What happened next was beyond her wildest expectation. Local and Canadian news outlets discovered her story. Canadian high schools in British Columbia, Alberta, Ontario, and the Maritimes asked to use the song in their graduation ceremonies. Within three weeks of uploading the song to her YouTube channel, it had 161,000 views. “It was really unexpected and really overwhelming,” Emma said.

Comments ranged from, “This is such a beautiful song! It captures what we’re all feeling. Thank you!” to “I’m in grade 12 from Alberta and came across this on Facebook this morning. Thank you for your words, your strength, your talent. I feel I needed to hear this this morning. I’m typing in tears. I will be sharing this with my grad class. It’s so hard to find the words to describe how this all feels for us, so this hits close to the heart. Thank you.”

Emma said she was blown away by the response she received. “It’s just so heartwarming seeing all of the comments under the video and all of these people pouring out their hearts and talking about what their last day was like and how it was hard for them.”

For the confessed shy girl who hardly said a word in class, this affirmation from people around the world who have heard Emma’s song confirms that God will reward those who use the gifts God gives His children. “God uses people in different ways, and I’m glad that I’ve been able to use my talents in the way that I have to bring people together,” she said.

As Emma continues to let God guide her musical journey, she encourages people to use these times to become more united with one another.

“I just hope people remember that we’re all going through this together and will come out of this stronger.”