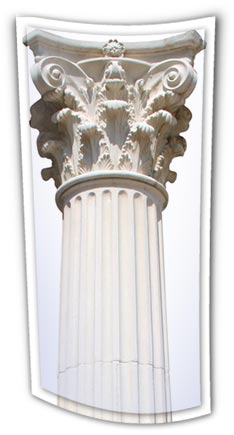 BY KIM PAPAIOANNOU AND MICHAEL MXOLISI SOKUPA
“Therefore let no one judge you in food or drink, or with regard to [lit. “in a part of”] a feast, or new moon, or Sabbaths. These are a shadow of the things that were to come; but the body of Christ [is the reality]” (Col. 2:16, 17).1

Colossians 2:16, 17 is one of the harder New Testament passages to interpret. It is also the passage most frequently used against Sabbath observance. Walter Martin, a critic of the Sabbath, wrote: “In the light of this Scripture alone, I contend that the argument for Sabbath observance collapses.”2 Martin’s notion that a biblical doctrine can collapse on the basis of a single text is problematic. Doctrines should be established or negated on a careful study of everything the Bible teaches on a given topic, not on individual texts. That caveat aside, Colossians 2:16, 17 poses exegetical challenges that as Sabbatarians we need to address.

Numerous attempts to interpret this text have been made. Because of space limitations we will not review them here. What we will do is explore a suggestion that was made long ago but that has received little attention: In this text Paul is not arguing against the feasts but specifically against the sacrifices offered during the feasts. As we do this we need to remember that Paul is contrasting two realities. The first is summed up in the “food or drink” and the calendrical triplet “feast, new moon, Sabbaths”; the second is the body of Christ. The former are a shadow of the latter.

With these thoughts in mind, let’s examine five pieces of evidence that indicate sacrifices are in view.

1 en merei
Paul declares that believers should not be judged “with regard” to a feast, or new moon, or Sabbath. The phrase “with regard” translates the Greek en merei, dative of the noun meros. The noun means “a part, a piece, a portion,” as opposed to a whole; one element out of many, one aspect out of a whole. Space does not permit a full word study, but suffice it to say that in more than 150 occurrences in the New Testament and the Greek translation of the Old Testament this is the overwhelming use.3 When the singular meros is followed by  genitive substantive(s), as in Colossians 2:16, the substantive(s) designate the whole, out of which meros constitutes just one part.

Paul’s words therefore should be translated: “Let no one judge you in food or drink, or in a part of a feast, or new moon, or Sabbaths. These are a shadow of the things that were to come.” Paul is interested, not in the feasts themselves, but only in one part of the festal calendar. What we need to determine is what this part is.

2 The “Body of Christ”
Most translations interpret the phrase sõma tou Christou, “body of Christ,” of Colossians 2:17 figuratively.4 However, a literal rendering fits better.

Throughout the epistle Paul places a strong emphasis on the physical body of Jesus. In Colossians 1:22 he describes how Christ reconciled us “in his body of flesh by his death.” In Colossians 2:9 the fullness of deity dwells in Christ “bodily,” and in verse 12 Paul explains how through baptism we participate in the death, burial, and resurrection of Jesus. In light of such texts it is contextually accurate to translate the “body of Christ” in verse 17 as a reference to the literal, physical body of Jesus. The sacrifices offered in the Temple were shadows of the sacrifice of Christ, and so the phrase “body of Christ” fits perfectly with our suggestion.

“. . . and whenever burnt offerings were offered to the Lord on Sabbaths, new moons and feast days, according to the number required of them, regularly before the Lord” (1 Chron. 23:31).

“Behold, I am about to build a house . . . for the burning of incense of sweet spices before him, and for the regular arrangement of the showbread, and for burnt offerings morning and evening, on the Sabbaths and the new moons and the appointed feasts of the Lord our God” (2 Chron. 2:4).

“Then Solomon offered up burnt offerings to the Lord . . . according to the commandment of Moses for the Sabbaths, the new moons, and the three annual feasts—the Feast of Unleavened Bread, the Feast of Weeks, and the Feast of Booths” (2 Chron. 8:12, 13).

“We also take on ourselves the obligation to give yearly a third part of a shekel for the service of the house of our God: for the showbread, the regular grain offering, the regular burnt offering, the Sabbaths, the new moons, the appointed feasts, the holy things, and the sin offerings to make atonement for Israel, and for all the work of the house of our God” (Neh. 10:32, 33).

“It shall be the prince’s duty to furnish the burnt offerings, grain offerings, and drink offerings, at the feasts, the new moons, and the Sabbaths, all the appointed feasts of the house of Israel” (Eze. 45:17).

In Hosea 2:11 sacrifices and offerings are not mentioned directly, but are implied in the context (Hosea 2:11, 13; 3:4). All of the above texts derive from Numbers 28:1–29:40, which contains a list of the different meat, grain, and drink offerings to be offered through the festal calendar of Israel.

Here is a question to ponder. If all the Old Testament passages that parallel the calendric triplet “feast, new moon, Sabbaths” of Colossians 2:16 deal primarily with the sacrifices and burnt offerings offered therein rather than the feasts themselves, is it not only natural to conclude that Colossians 2:16 also deals with the same issues? Would it not be plausible to suggest that Paul is using the triplet as a catchphrase to direct attention to the relevant calendric Old Testament texts and their offertory lists? Indeed it is, but in case we still have questions, Paul provides further evidence.

4 “Food or Drink”
Further confirmation for our suggestion comes from the phrase “food or drink,” which are also a “shadow” of the body of Christ. Some casually observe that this phrase refers to clean and unclean foods and conclude that Old Testament food prohibitions are no longer valid. More insightful commentators note that while the Old Testament did have several food prohibitions, it did not contain drink prohibitions, with the exception of the use of wine by officiating priests (Lev. 10:9). That is not to say that the Old Testament condones the use of alcoholic beverages. Quite the contrary, it warns strongly against its dangers. But the truth is there was no specific law forbidding it. “Food or drink” therefore cannot refer to Old Testament food prohibitions. What then is implied in this phrase?

The answer is simple. The Old Testament offertory system included food and drink offerings. These are mentioned in Nehemiah 10:33 and Ezekiel 45:17 and repeatedly in Numbers 28:1–29:40, three of the most important calendric texts quoted above, which, according to most scholars, stand behind Colossians 2:16. Furthermore, in Hebrews 9:10 food and drink appear again as part of the Old Testament sacrificial system.

Summarizing this section, Paul’s reference to “food or drink” does not fit Old Testament food prohibitions; but it fits perfectly our suggestion that Paul refers to Israel’s offertory and sacrificial system.

Suggested Reconstruction
So what was the issue the Colossians were facing and Paul was trying to address? We know that Colossae had a strong Jewish presence. Jewish communities often attracted Gentiles, who either became full proselytes or became attached to the synagogue as God-fearers without fully converting.

Jews and Gentile sympathizers would often travel to Jerusalem for the major feasts of the Jewish calendar (Acts 2:7-11) and offer the designated sin, peace, and food offerings. The merchants who congregated in the precincts of the Temple, twice expelled by Jesus, were there for the specific purpose of selling sacrificial commodities. In addition to sacrifices Jews had to pay annually a half shekel for the Temple and its sacrifices (Neh. 10:32, 33; Matt. 17:24-27).

As Jews and Gentile sympathizers converted to Christianity they could no longer support in good conscience the Temple sacrificial offerings. As such they would come under pressure: “Why do you no longer support the Temple and its sacrifices?” Paul therefore admonishes Christians that they should not allow themselves to come under such pressure. Jesus, the true sacrifice, had done away with the need for the Temple ceremonial system. While worship in the Temple continued (Acts 3:1; 5:20; 21:26), participation in the offertory system was now redundant.

Bottom Line
Colossians 2:16, 17 neither abolishes nor establishes either the Sabbath or any other feast. It simply does not address their continuity or discontinuity. The five pieces of evidence outlined above demonstrate persuasively that the only thing the text establishes is that we no longer need to offer sacrifices, because our precious Savior Jesus Christ offered His body on the cross for us. That is good news indeed.

________________
Kim Papaioannou, Ph.D., a native of Greece, is assistant professor of New Testament Study in the Theological Seminary at the Adventist International Institute of Advanced Studies, Philippines. Michael Mxolisi Sokupa, Ph.D., is lecturer in New Testament at Helderberg College, South Africa. This article was published February 23, 2012.