Tidbits From the Christmas Story

’VE ALWAYS BEEN INTRIGUED BY THE VISIT OF THE MAGI. GUIDED by a strange celestial omen, these sages arrived in Jerusalem, eventually touching down at the royal palace. “Where is the child who has been born king of the Jews? For we observed his star at its rising, and have come to pay him homage” (Matt. 2:2, NRSV).*

Feeling immediately threatened, the murderous Herod went into overdrive. Learning from Jewish leaders that Bethlehem was the predicted birthplace of the MessiahKing, and ascertaining from the Magi “the exact time the star had appeared” (Matt. 2:7), he dispatched the Wise Men to the place to ﬁnd the infant child and bring back word to him. 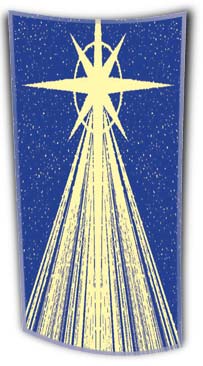 Several questions come to mind: Bethlehem was only about six miles from Jerusalem, so why didn’t Herod have an emissary accompany the Magi? And after the sages left, how long did it take him to ﬁgure out that he’d been stood up—that they weren’t coming back? And where, exactly, was this “house” (Matt. 2:11) over which the star “stopped” (Matt 2:9, 10)? Matthew 2:8, 9 gives the impression it was in Bethlehem. But how could this be? Were not Mary and Joseph just visitors to the town—only there on account of the tax? And wouldn’t it be reasonable to assume that following Jesus’ birth—and after they were done with taxes— they’d have returned to Nazareth?
Luke, however, places the couple at the Jerusalem Temple “when the time of their puriﬁcation according to the Law of Moses had been completed” (Luke 2:22). And since a woman’s puriﬁcation time for a male child was 40 days (see Lev. 12:14, 6), this means that the holy couple ended up spending a much longer time in the BethlehemJerusalem area than probably they’d originally planned.We might also infer that they’d found better lodging than what they landed upon arrival, and that that was probably the “house” over which the unusual star eventually came to rest.
What time frame did the Magi give the apprehensive monarch as to how long ago the star appeared? We cannot know for sure. But when he dispatched the death squads, Herod’s instruction was “to kill all the boys in Bethlehem and its vicinity who were two years old and under, in accordance with the time he had learned from the Magi” (Matt. 2:16).
It’s an intriguing story, and the questions just keep coming—not necessarily demanding answers, as such, but just for the sheer curiosity of it all. I’m funny that way, but sometimes I don’t want answers; I just want to lose myself in the story—eyes wide open, mouth ajar, fascinated. If, as The Desire of Ages says (page 60), the “star” was actually the “distant company of shining angels” who’d appeared the night of Jesus’ birth, then how to explain Herod’s stipulation of “two years old and under”? Did others besides the Magi see the “star”? The Magi found the child, worshipped Him, and gave Him gifts—a timely gesture to a couple stressed by taxes, the birth of a new baby, an extended stay in rented quarters, and an upcoming trip to Egypt they didn’t yet even know about (Matt. 2:1315).
Their visit over, the Magi are “warned in a dream” not to report back to Herod. What was the nature of their dream? What memories went back with them? How did their testimony impact their own people? How did the encounter affect the rest of their lives? Did they ever become followers of Jesus?
Tidbits and questions; questions and tidbits! Won’t heaven be fun! Just sitting there with all the time in the universe, listening to the rest of the story—from them (because I believe they’ll be there) and from Jesus! How cool is that!
______________
*Bible texts credited to NRSV are from the New Revised Standard Version of the Bible, c.1989 by the Division of Christian Education of the National Council of the Churches of Christ in the U.S.A. Used by permission.

Roy Adams is associate editor of the Adventist Review.