The following articles first appeared in the July/August and September/October 2006 issues of Outreach magazine.  All rights reserved. Used by permission.

n a recent issue of Outreach, I wrote about the seven sins of dying churches. The response to the article was significant, but one response was recurring: “Thom, now that we’ve heard about the characteristics of dying churches, can you tell us about the characteristics of healthy churches?” I went back to my research of over 2,000 healthy churches in America to find unifying features, and I am excited to share them with you in this and the next issue of Outreach.
Let me offer a few disclaimers. First, I’m not going to bore you with all the data we have. Second, my list of principles is by no means exhaustive. I am sure you’ll wonder why some were not included. My research team and I did the best we could to determine seven of the major principles that healthy churches follow, but some were likely omitted. Finally, these “secrets” are not really secrets. It just sounded good in the title.
Secret #1:
The church’s leadership and the laity hold to a high view of Scripture. While holding to a conservative and evangelical perspective of the Bible does not guarantee health in a church, we don’t find health in congregations where Scripture is not held as authoritative. This so-called secret has been revealed by many researchers beyond our own work.
Secret #2:
The churches and their leaders seek to be relevant. It’s a dangerous word in today’s churches. “Relevant” carries with it a multitude of meanings, and the meaning is positive or negative depending on one’s perspective and philosophy of ministry. I should clarify at this point that relevancy does not and cannot mean biblical compromise. 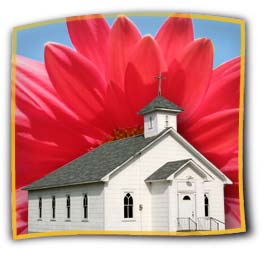 Many church leaders long for the day when church members will be first concerned about biblical fidelity and reaching a growing unchurched world with the Gospel. Sadly, too many members are more concerned about their own comforts than making the necessary sacrifices to be relevant and reach out to those who are not followers of Christ. Most of the church conflicts I have witnessed or heard reported dealt with peripheral issues: the style of music, the length of the sermons, the physical facilities.
Secret #3:
The churches and their leaders hold to the primacy of preaching. In some churches, preaching has lost its power and emphasis. It is perceived to be an irrelevant ministry and style of communication. Or it may be a central part of the worship service, but the time and study involved in sermon preparation is lacking. There is preaching, but it has little power.
Among the churches we studied, preaching was primary for those with healthy conversion growth and meaningful discipleship ministries. Pastors who preached each week spent five times as much time in sermon preparation as those who preached in unhealthy churches. There is a powerful correlation between sermon study time and health of the church.
Of course, if the preachers are to spend significant time in the preparation of sermons, the church members must give them the time to do so. There cannot be an expectation that they attend every meeting, meet every pastoral care need, visit everyone and provide hours of counseling. The members must give the preacher time to focus on prayer and the ministry of the Word (Acts 6:4). In other words, the laity must be unleashed to do much of the ministry of the church.
In the next issue, I will share the final four secrets of healthy churches. But if churches focused on just these first three principles, we might very well see the American Church move from sickness to health. That would be true revival.
Such is my prayer. I hope and pray it is yours as well

I am not a fan of physical exams. As a matter of fact, I have my “annual” physical about every two years. But, I have to admit, I do enjoy hearing my doctor tell me at the conclusion of the process, “Everything looks good.”

Over the past 20 years, I have been examining the health of churches. Many churches are admittedly sick. But some show signs of robust health. I always enjoy telling their leaders, “Everything looks good.”
In the previous issue (July/August) of Outreach, I began describing the characteristics of healthy churches. I called these characteristics “secrets,” though I doubt the confidentiality of them. I began with three secrets: 1. The church’s leadership and laity have a high view of Scripture; 2. The churches and their leaders seek to be relevant; and 3. The church leaders hold to the primacy of preaching. In this issue, we’ll look at the final four secrets. 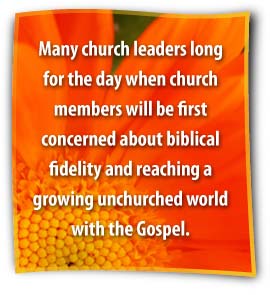 Secret #4:
The churches have a healthy small group structure. For some churches, the primary small group was Sunday school; for others, it was home groups or small groups that met in diverse locations. The churches that emphasized moving as many members as possible into a small group assimilated those members five times better than those who attended only worship services.
Another sign of a healthy small group structure was the involved leadership of pastors and senior pastors. They see the critical importance of members and guests connecting in a smaller setting.
Secret #5:
Healthy churches emphasize corporate prayer and church prayer ministries. They do more than give lip service to the importance of prayer. My team and I once worked with a church of 250 that had someone praying in an intercessory prayer room every hour of every day. That means 168 members committed to pray in that room one hour every week. Since the leadership of the church began emphasizing prayer three years ago, attendance has more than doubled.
Another common element in healthy churches’ prayer ministries is that members pray for non-Christians by name. They are unashamed and unafraid to be vocal about the greatest need any person could have: salvation through Jesus Christ.
Secret #6:
Churches that are healthy take membership seriously. There seems to be two major trends away from responsible membership. The first and most common trend is to have inflated membership rolls that have little integrity. Church membership means little or nothing and has no level of accountability. The second trend is found in churches where the leaders do not believe that membership is an issue. A casual attendee has the same level of accountability as a long-term leader. These churches think the concept of membership is antiquated, if not unbiblical.
Secret #7:
The healthy churches are highly intentional about evangelism. They have ministries, programs and emphases that lead members to reach out with the Gospel to their unchurched friends, relatives, co-workers and acquaintances. As a doctrinal note, the leaders in these churches believe in a literal hell. Their evangelism is thus motivated not only by the good news of the Gospel, but the bad news of rejecting the Gospel.
Has your church had a health exam lately? How would it fare in your honest assessment of the seven secrets you just read? As a whole, the American Church is not healthy. May God provide your church with all she needs to be effective and healthy for God’s glory. And may you hear these words of encouragement: “Everything looks good.”
______________________________
Thom S. Rainer is the president and CEO of LifeWay Christian Resources , one of the largest Christian resource providers in the world. His latest book is Simple Church (B&H Publishing Group), co-authored with Eric Geiger.To dialog with him about this column, contact him at [email protected]
Advertisement
Advertisement