The Poor Among Us

E WERE COMING TO THE END of a five-week itinerary in Australia, staying at the South Pacific Division hostel, located across the street from Sydney Adventist Hospital and Waroonga Adventist Church. During our morning worship my wife, Marie, and I prayed that God would give us a special blessing that day, but otherwise we had no particular plans.
A Spiritual Lesson
Danielle Florida, a young physician, had the church service that day. She had planned a program that included a panel discussion. She and four or five university students shared how church members might reach out to people in the Sydney area.
Florida used passages such as Isaiah 58 and Matthew 25 to outline the Christian’s responsibility to the poor, the hungry, the homeless, and those in prison. Then she and the university students explored ways of fulfilling that duty.
After the service Marie went up to express her appreciation to Florida for her message. I went out the side door and spoke to her brother, Joshua. When Danielle learned my wife’s last name was Spangler, she commented, “My father was baptized by a Spangler in Fort Worth, Texas.” Before entering mission service in the old Far Eastern Division in 1954, my last pastorate had been in Fort Worth, but Marie couldn’t immediately remember anyone named Florida. 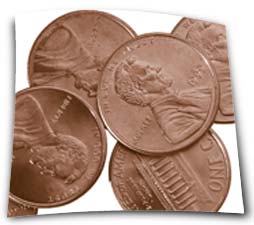 Afterward Marie mentioned Florida’s comment to me, and we both began to rack our memories. The baptism had been one of hundreds I celebrated over the years, and it took place almost 40 years before, so it took a bit of time to remember the Florida family.
Danielle Florida’s mention that her grandmother had been a single parent with seven children provided the clue I needed. We thought of an extremely poor family but hesitated to refer to their desperate situation. Finally, as tactfully as possible, I asked, “Were your grandmother and her seven children in need of financial help?”
“Oh, yes, she was in extreme poverty,” Danielle replied.
Instantly we remembered her father. Halfway around the world we met the fruits of a baptism sown nearly four decades before. The young man I had baptized in Fort Worth had become a physician. Now he, his wife, and their four adult children were serving God and the church in Australia. Danielle and her brother, Joshua, who was also studying medicine, insisted that we go home with them for dinner. We courteously declined, certain that their mother would not be expecting guests.
When we explained we did not want to be a burden, they both laughed, “You don’t know our family. Our mother and our family have up to 40 people in our home for dinner every Sabbath. Two more won’t matter!”
When we arrived at their hillside home in Sydney, we found the place filled with people and the table loaded with food. Beverley, Danielle’s mother and the wife of Robert Florida, had come from a poor family herself. It had made her sensitive to the needs of others, and she enjoyed entertaining visitors. A few minutes after we arrived, Robert Florida entered the house. Here was the boy I had baptized so many decades ago.
Practical Implications
As we talked about what had happened to Robert in the intervening years, I remembered two special members from those long-ago days in Fort Worth: Doctor and Mrs. King. Lila King had a special impact on the Florida family.
Robert’s father, Frank, had been an alcoholic. When Robert’s mother, Nellie, decided to join the Seventh-day Adventist Church, it enraged her husband. He did everything he could to discourage them from observing the Sabbath, even trying to force his children to work on that day. Lila King constantly stopped by the impoverished little home to help the family. Frank once pushed Lila off the front porch, causing her glasses to break. He never offered her any assistance.
Even through this Lila promised to return. Nellie stated, “When I saw this love in action, I knew I had a friend. It gave me courage and hope that, up to then, I did not have.”
The family situation deteriorated to the point that one day Lila King had to arrange for a truck to move the family to another house for their own safety. 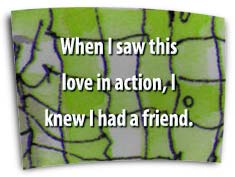 One day Nellie Florida was hit by a car as she sat on a bench while waiting for a bus. From this incident she received a $500 insurance settlement. This provided the down payment on a small house that Mr. McClain, another church member, helped Nellie to purchase, and for which he cosigned the loan. The house was moved to a lot that McClain donated to the Florida family.
In spite of their poverty and countless struggles, Nellie Florida and her seven children remained faithful to God. Lila King continued bringing them food, clothes, and money. I remember making pastoral visits to their sparsely furnished home. Other church members provided furniture.
As the children reached school age, church members covered their tuition costs at Fort Worth Junior Academy. Even with all the help the congregation provided them, at times the children had nothing to eat. Yvonne, the oldest child, remembers they were so embarrassed by not having enough to eat that at school they would go for a walk during lunchtime so none of the other children would know of their plight.
Robert Florida, talking to us later, commented that he remembered a church school teacher named Marie Spangler giving him a pair of shoes. Marie and I could not recall the incident, but she did teach in the elementary school in Fort Worth for several months while one of the other teachers took maternity leave.
Eventually Robert went to Madison College near Nashville, Tennessee, and met an Australian, Colin Hyde, who arranged for Robert to visit his home on the distant continent. Nellie struggled to see Robert leave home and go so far away. For 24 long years Nellie didn’t see Robert. In every letter he wrote to her, however, he assured her that he still loved the Lord.
Robert spent two years with his friend and the friend’s family in Australia, and in 1962 met his future wife, Beverley. He worked at various jobs; and finally, after completing a three-year course, he became a psychiatric nurse. He subsequently served retarded children, worked with nursing management, and did general nursing at Sydney Adventist Hospital.
After being awarded a scholarship, he received training as a nurse educator. He subsequently worked as a lecturer at the Newcastle Technical College for two years prior to teaching mathematics, science, and Bible at the local Adventist high school. At the age of 35, and with the help of his wife and family, he studied medicine at Newcastle University, fulfilling a dream given him by Dr. King back in Fort Worth. He spent several years working for the Sydney Adventist Hospital and the associated medical center.

Robert is now in private practice as a family practitioner in Northwest Sydney.Yvonne reminded us that when she was 15 years old she lived in our home for several months, helping to care for Marie when her fractured foot had to be in a cast. This we had also forgotten.

Five of the seven Florida children still followed the Lord within the framework of the three angels’ messages.
The mother, Nellie, in her 80s, still lived in Fort Worth, and was an active member of that church. For many years she did housework, ironing, etc., to earn her living. Eventually her friends encouraged her to take a course to become a licensed vocational nurse, which she did while working full-time as a nurse’s aide. The church folks occasionally gave her free meals during that time.
Where Do We Start?
How do we meet the needs of the poor? By helping one person, one family at a time. What Lila King and others did for the Florida family has spread halfway around the world, and continues still. Danielle Florida, a physician, is married to a minister. Other grandchildren also serve their Lord, sharing with still others what Lila King did for their family.
The help given to one family has been multiplied countless times.We cannot aid all the world’s poor all at once, but we can individually take upon our hearts at least one person in need of help. Only eternity will reveal the influence of someone’s action toward even one person in need.
____________________________
J. Robert Spangler was editor emeritus of Ministry magazine when a traffic accident took his life in September 1997.
Advertisement
Advertisement