What Chobani Yogurt Teaches Me About Psalm 23 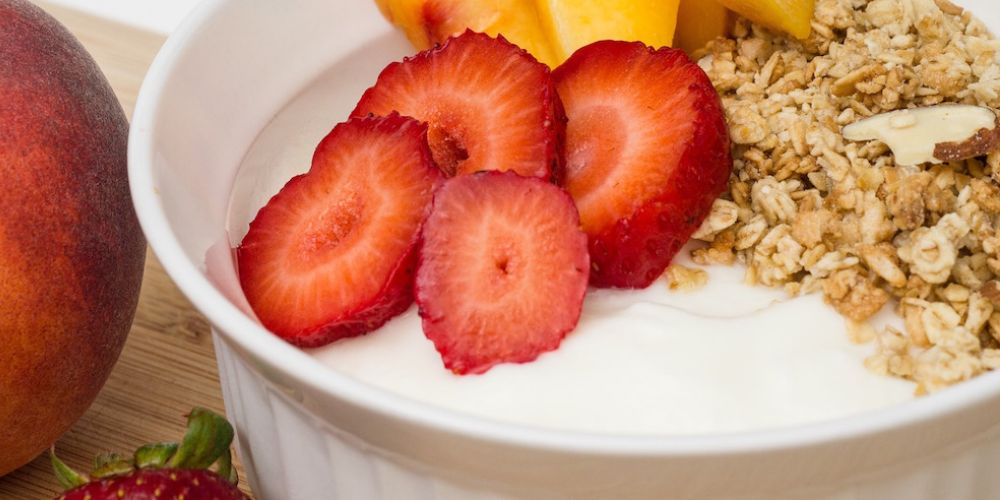 By Marcos Paseggi, a pastor and certified translator in Ottawa, Ontario, Canada

That is the way the media works these days.

A mere few minutes after Greek-style yogurt maker Chobani’s founder, chief executive, and self-made billionaire Hamdi Ulukaya announced that he was giving away 10 percent of his company shares to his employees, every major television news studio, radio station, and newspaper outlet rushed in to take a stance on the breaking news.

For a North American audience, the focus of the striking announcement was, understandably, how some of the company’s workers might suddenly become millionaires almost overnight. But other news organizations emphasized the rapid rise of a relatively recent immigrant from rag to riches.

After all, we all like a success story, especially if it involves getting more money. Lots of it, as it turns out.

As a translator and word-lover, however, my initial response was more modest. I suddenly became interested in finding out how he had come out with such an original, even strange-sounding name — Chobani — for a company producing great-tasting yogurt I remembered trying at least once when visiting the United States. In so doing, however, I soon learned more about the man behind what many business experts consider a miracle in contemporary entrepreneurship.

The pieces of Ulukaya’s life puzzle are indeed headline grabbers. Born just 43 years ago in a Kurdish dairy-farming family in eastern Turkey, he arrived in the United States on a student visa in the mid 1990s. In 2005, he was sorting out his junk mail when he read about a closing dairy factory for sale in the small town of Berlin, in upstate New York. Ulukaya bought the factory on a loan, hired a yogurt master from Turkey, and in 2007, launched the brand of strained yogurt currently No. 1 in sales in the United States. In the process, he became a billionaire in less than a decade.

What sounds more impressive than the fortune of Chobani’s chief executive, however, are his work and social ethics. He believes he has the duty of offering only the best product. As the company proudly proclaims, Chobani yoghurt — which even boasts some exotic options such as “Sriracha Mango” and “Almond Coco Loco” — is made with real ingredients, natural sweeteners, and avoids genetically modified ingredients. The company also has stringent regulations on the local sourcing and animal welfare of the milk used to make its yogurt, according to its website.

At the same time, Ulukaya believes in paying good wages: Chobani’s workers earn well above the minimum wage, even at entry-level positions. “Profits and good wages are not mutually exclusive,” Ulukaya wrote in a Money magazine article in March.

And the billionaire founder goes even further because he believes in offering comprehensive health insurance and a retirement plan for “his people.” Moreover, Ulukaya has a long history of devoting 10 percent of his profits to charitable causes, and lately, of spending millions in providing life-saving support for the last waves of Middle Eastern refugees (Last year, he even flew to the Greek island of Lesbos to oversee the relief efforts firsthand.)

Against this background, Ulukaya’s decision to share a chunk of his company wealth with his employees about a week ago is not so striking because it reflects not a one-time whim or marketing gimmick but a consistent pattern.

Appreciating the company's ethical and humane treatment of its employees doesn't imply an endorsement of all of its social and political views, however. Its public advocacy for gay marriage, for instance, puts it in contrast to the beliefs of many biblically focused Christians, including Seventh-day Adventists, who believe that God's plan for human sexuality is the lifelong heterosexual union of one man and one woman.

“I Shall Not Want”

But again, how did he come up with such a name — Chobani — for his company?

Chobani comes from çoban, the word the Turks loaned from Persian to signify “shepherd.” This word in turn — first through Middle Persian and ultimately from an old Eastern Iranian language called Avestan — derives from a term literally meaning “guard or protector of sheep.”

It seems an apt name for a one-of-a-kind company.

Indeed, after reading about the life story and the business practices of Chobani’s founder, I couldn’t help being transported many centuries back to the original coiner of perhaps the most well-known metaphor in Scripture: “The Lord is my Shepherd, I shall not want” (Psalm 23:1), said the poet king David, himself a former shepherd.

It is that comforting feeling of knowing that your needs — whatever they are — are well cared and provided for what is perhaps the most reassuring feature of Ulukaya’s decision. As one of the tearful beneficiaries put it before one of the dozens of media outlets running the story, “This is not only about money, but about feeling sincerely appreciated.” Just imagine what strong drive these workers will now display, and with what high level of proactiveness they will now tackle every single day of yoghurt production!

Unlike Ulukaya’s mere monetary and self-esteem enhancing perk, however, the Good Shepherd goes further, to the point of giving His life for His sheep. This is not just wishful thinking, but a historical accomplishment. “He left His royal home, His high command, and stooped to share our poverty and shame, that we might be exalted to share His riches and His throne,” Ellen White wrote in Review and Herald on Dec. 26, 1882.

And once more unlike the exemplary entrepreneur of upstate New York — who rewarded his workers based on tenure — the reward of the Good Shepherd is the same for everyone who willingly enlists under His leadership (Matthew 20:1-16.) All are to be rewarded “not according to the amount of their labor, but according to the generosity of His purpose,” Ellen White wrote in Christ’s Object Lessons, p. 397.

Finally, and again unlike Chobani’s visionary leader, the Good Shepherd’s unmatched reward has eternal consequences that are, by definition, simply measureless.

“The Lord is my Shepherd, I shall not want,” penned the shepherd-turned-king.

It is that simple. It is that profound. All our needs are covered. He is the greatest çoban — the tried-and-true CEO of our lives. The Good Shepherd. The Ultimate Protector of Sheep.

Commentary
What Surfing Taught Me about Surrender
We can learn to trust … and keep swimming alongside Him. 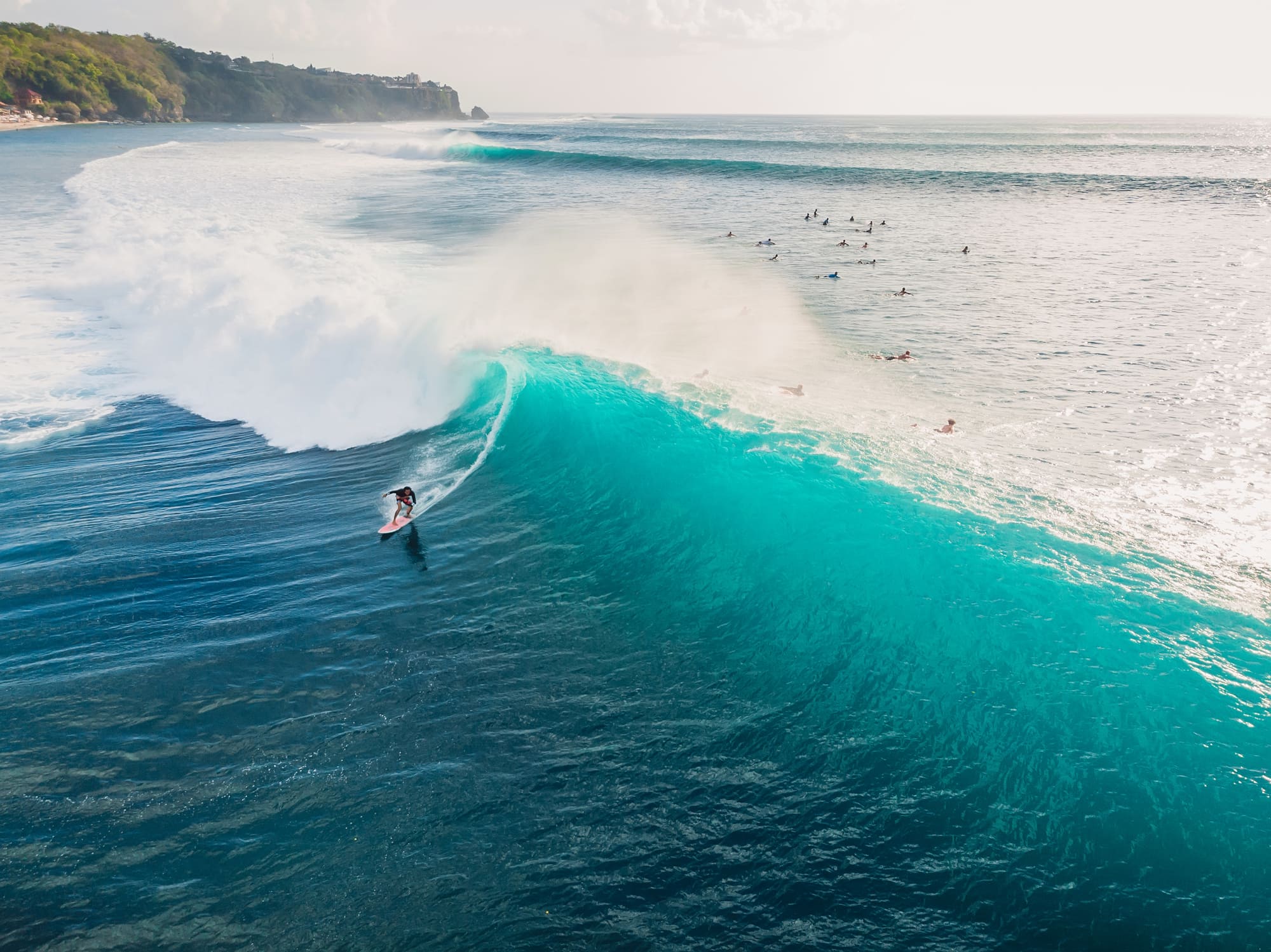