United for Mission – Implementing the process for unity 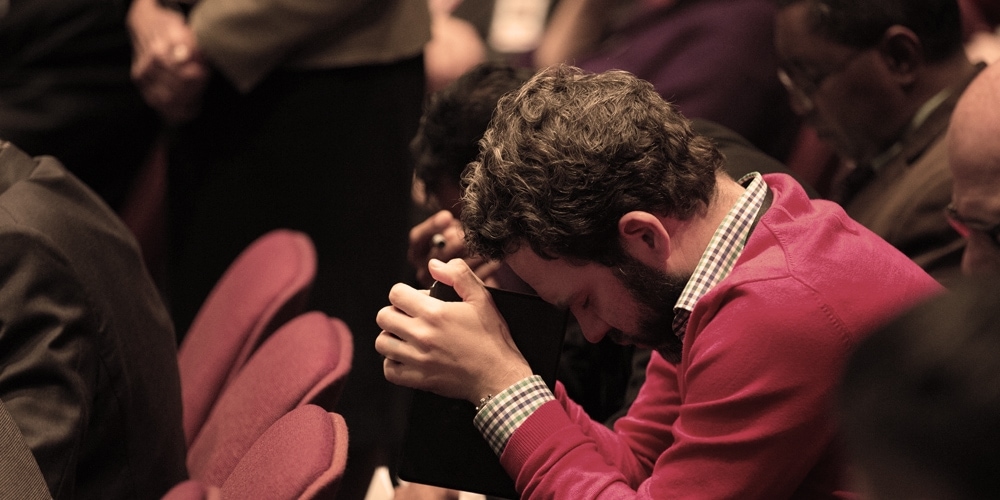 During its 2016 Annual Council, the 342-member General Conference Executive Committee met at the world headquarters of the Seventh-day Adventist Church in Silver Spring, Maryland, to hear reports and consider a number of items. A strong emphasis was given to the Church’s mission, which featured prominently in numerous discussions and reports.

Of the many items considered and voted by church representatives from around the world, perhaps none has received more attention than the document, “Unity in Mission: Procedures in Church Reconciliation.”

This document lays out a careful process of conversation, prayer, and dialogue among church leaders when addressing various non-compliance issues. To read the entire document see https://www.adventistarchives.org/unity-in-mission.pdf.

Prepared and revised by a number of committees and groups representing certain branches of administration, the document was taken to the 78-member GC and Division Officers (GCDO) meeting where it was thoroughly discussed, revised, and voted by an overwhelming majority of the committee before being presented to the Annual Council.

“The goal all along has been to find ways to keep the Church as unified as possible,”

Looking at the Process

Since the document sets out specific steps to be taken leading up to the 2017 Annual Council meetings in October, 2017, questions have arisen as to where the Church currently is in the process.

In addressing this question, it may be helpful to review the voted document itself.

The document begins by pointing out that “unity can be a challenge for a local church—how much more for a worldwide family of nearly 20 million people . . . and yet this is the high ideal to which we have been called!”[i]

It continues, stating that “it’s so important to come together to pray, plan and vote formal policies and guidelines. These provide a framework which helps to hold us together as one people, united in one prophetic mission and message.”[ii]

The document raises the question of how the Church should respond when an entity decides to “go it alone,” and not follow what has been agreed upon by the world church. These agreements are set out in the Church’s Working Policy, and provide a framework of how the Church conducts its activities in unity.

These voted policies, it states, “shall be strictly adhered to by all organizations in every part of the world field,” and that “only thus can a spirit of close cooperation and unity be maintained in the work of the Church in all parts of the world field.”[iv]

The purpose of the Unity in Mission document is “to put Matthew 18 into practice in the face of entities which have chosen the path of variance from established policy voted collectively by the church, especially actions voted at the 2015 General Conference Session,” said G.T. Ng, secretary of the Adventist world church. “A year will be spent in praying, dialoging and listening with one another. No stone will be unturned in order to bring about unity in mission and purpose,” he added.

The Unity in Mission document makes two recommendations for addressing issues of non-compliance.

The first is “To adopt the following steps of reconciliation with entities that appear to have overlooked or ignored the biblical principles as expressed in the Fundamental Beliefs, voted actions, or working policies of the Church.”[v]

This does not equate the Fundamental Beliefs with voted actions or church policies, according to Myron Iseminger, undersecretary of the Adventist world church. The wording echoes the General Conference Working Policy where a similar list is given, Iseminger said, citing policy B 05 on “Organizational and Operational Principles of Seventh-day Adventist Church Structure”:

The reconciliation steps outlined in the Unity in Mission document include:

1. Listen and pray. This first step begins when the executive officers or governing body become aware that there may be “reason for concern regarding a subsidiary entity’s actions.”[vii] At that point the officers are to meet together and pray with the leaders of the entity in question.

“Prayer is not simply an ‘add on’ to formally begin and end a meeting,” said Mark Finley, well-known speaker, author, and evangelist, now serving as special assistant to the president for evangelism. “It is at the heart of all consultation and reconciliation. Prayer unites our hearts. It enables us to see the issues more clearly and more distinctly discern God’s will.”

2. Consultation with a wider group. If the first step doesn’t resolve the issue, the executive officers are to “establish a wider group to discuss the concern. This group—including lay people, pastors, and administrators from the entity and the broader Church—should meet at least twice over a period of six months. . . .”[viii]

3. Write pastoral letters. If after six months the previous two steps have not resolved the issue, then the following step is to be taken:

Finley explained that “A pastoral letter formalizes the process by reviewing previous discussions, outlining concerns, suggesting possible solutions, and encouraging compliance. It will encourage leaders to be faithful to the sacred trust committed to them by their representative bodies to act in harmony with the mutual agreements or policies voted by the church,” he said.

4. Listen and pray again. If the situation is still not resolved after the pastoral letters have been received, then the executive officers of the next higher organization are to “again meet with the executive officers and the governing body of the entity concerned to urge and encourage them to reconsider. . . .”[x]

5. Start phase two of reconciliation. If, after following all of the above listed steps the matter is still unresolved, “the executive committee of the next higher organization will need to consider the conflict resolution procedures referred to in recommendation 2 below.”[xi]

The second recommendation is “To request the General Conference Administrative Committee to recommend to the 2017 Annual Council procedural steps to be followed in the event that a resolution of the conflict is not achieved under procedures identified in recommendation 1.”[xii]

In addition, the document authorizes church entities to:

While various measures to deal with non-compliance already exist in the GC Working Policy, this step-by-step process is meant to “move the conversation upstream from the process delineated in Working Policy in an attempt at reconciliation, thus precluding the need for the application of policy steps,” according to Lemon.

“It’s also about accountability, about honoring agreements the church has . . . with its faith community”

“It’s also about accountability, about honoring agreements the church has . . . with its faith community,” added Ng. “It’s about moving ahead in unison to accomplish its apocalyptic mission before the Lord’s imminent return to planet earth.”

Following the action taken at the 2016 Annual Council, the GC Administrative Committee voted to establish a Unity Oversight Committee. This 14-member committee, chaired by Lemon, is made up of representatives from various departments of the world church.

As one of its responsibilities, this committee is tasked with reviewing “the process as outlined in the 2016 Annual Council action on ‘Unity in Mission: Procedures in Reconciliation’ and monitor progress with division officers,”[xiv] assisting divisions in discussion where requested or needed. As the process is just underway, the committee has not yet given a report.

“The policies of the church are not on the same level as our Fundamental Beliefs,” affirmed Finley, who serves as a member of the Unity Oversight Committee. “Policies are mutual agreements based on trust, voted by representative bodies of church leaders and lay members,” he said. “They define a course of action in a specific area. It is this trust based on a common understanding that is one of the vital elements that holds the church together, enabling it to focus on its mission of saving lost people and preparing a world for the soon return of Jesus.

“The Unity in Mission document appeals to leadership on all levels to honor the trust placed in them by the world church and lead their constituencies to be in harmony with the voted actions of the church,” Finley concluded.

Church leaders invite members to pray for this process of reconciliation as we enter the new year and move forward in the mission of reaching others for Christ and proclaiming His soon return!

[i] “Unity in Mission: Procedures in Church Reconciliation,” document voted at the Annual Council of the Executive Committee of the General Conference of Seventh-day Adventists, October 11, 2016. Accessed at https://www.adventistarchives.org/unity-in-mission.pdf, Dec. 20, 2016.