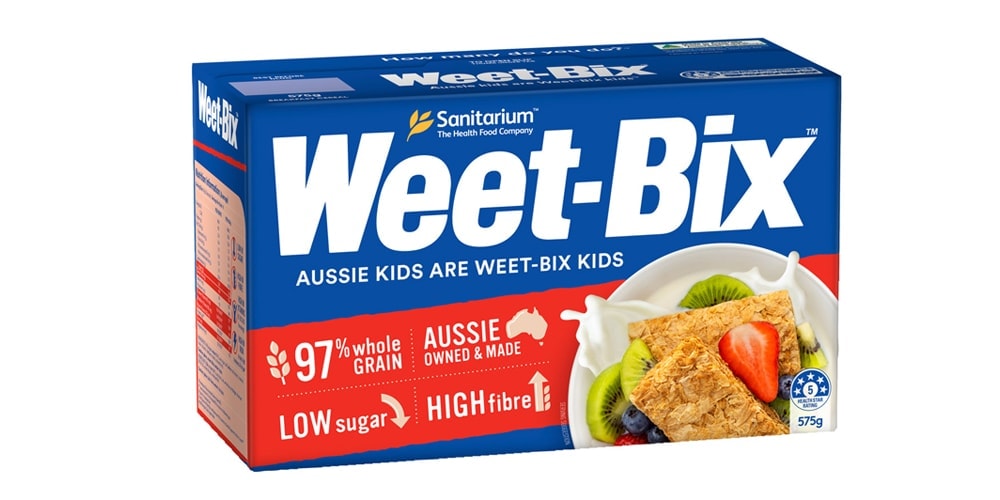 Sanitarium Health Food Company is strengthening its commitment to sustainability by educating millions of Australian households on how to recycle 100 percent of Weet-Bix breakfast cereal packaging.

From this month, Weet-Bix boxes will include the Australasian Recycling Label (ARL), alerting consumers to the fact that 100 percent of the packaging can be easily recycled.

“If every Weet-Bix consumer recycled the inner plastic liner through a REDCycle bin, 200 tons of plastic would be diverted from landfill every year,” Saunders said.

“We want every [Australian] kid, young and old, to know that Weet-Bix packaging is 100-percent recyclable and [they] understand how to do it.”

Australian Packaging Covenant Organisation (APCO) CEO Brooke Donnelly said it was great to see the ARL on such an iconic brand with the ability to reach millions of consumers.

“This will help give many more Australians the information they need to make better recycling decisions and help them support a sustainable future,” Donnelly said.

“Having Weet-Bix as part of the ARL community will also inspire other manufacturers to join the growing number of members helping Australians to recycle more and correctly.

“The outcomes from this, and other industry-led initiatives aimed at reducing plastic and other materials from landfill, will help us to achieve the 2025 National Packaging Targets.”

The ARL will appear on Weet-Bix boxes from October onward, and on Sanitarium Peanut Butter and Marmite spreads in the following months.

Sanitarium is also working toward making 100 percent of packaging across its product portfolio to be reusable, recyclable, or compostable by 2025.

Sanitarium Health Food Company describes itself as “a passionate group of people who believe in the potential of every Australian to live well. The potential to be healthy — physically and mentally. The potential to be happy.” The company believes this starts with simple, good nutrition, because what you feed your body and mind changes how you feel.

Sanitarium started making health foods from a small bakery in Melbourne in 1898, and long before it became trendy, the company was promoting the benefits of wholesome plant-based foods. Today, it is Australia’s largest health food company.

The company believes that good food should also be good for the environment. That’s why it is always looking for ways to source local ingredients and make its products locally to reduce its impact on the planet. Sanitarium said the company is also mindful when making decisions around technology, energy sources, and methods of operation to ensure that the choices it makes are sustainable. “Caring for the community is a core value of Sanitarium and our 800 employees,” the company said on its website. “We’re here because we want to make a difference.”

Magazine Article
​A Toxic Legacy
Here’s why caring for creation should matter to Christians.