Mission Refocus—Going Beyond Our Horizons 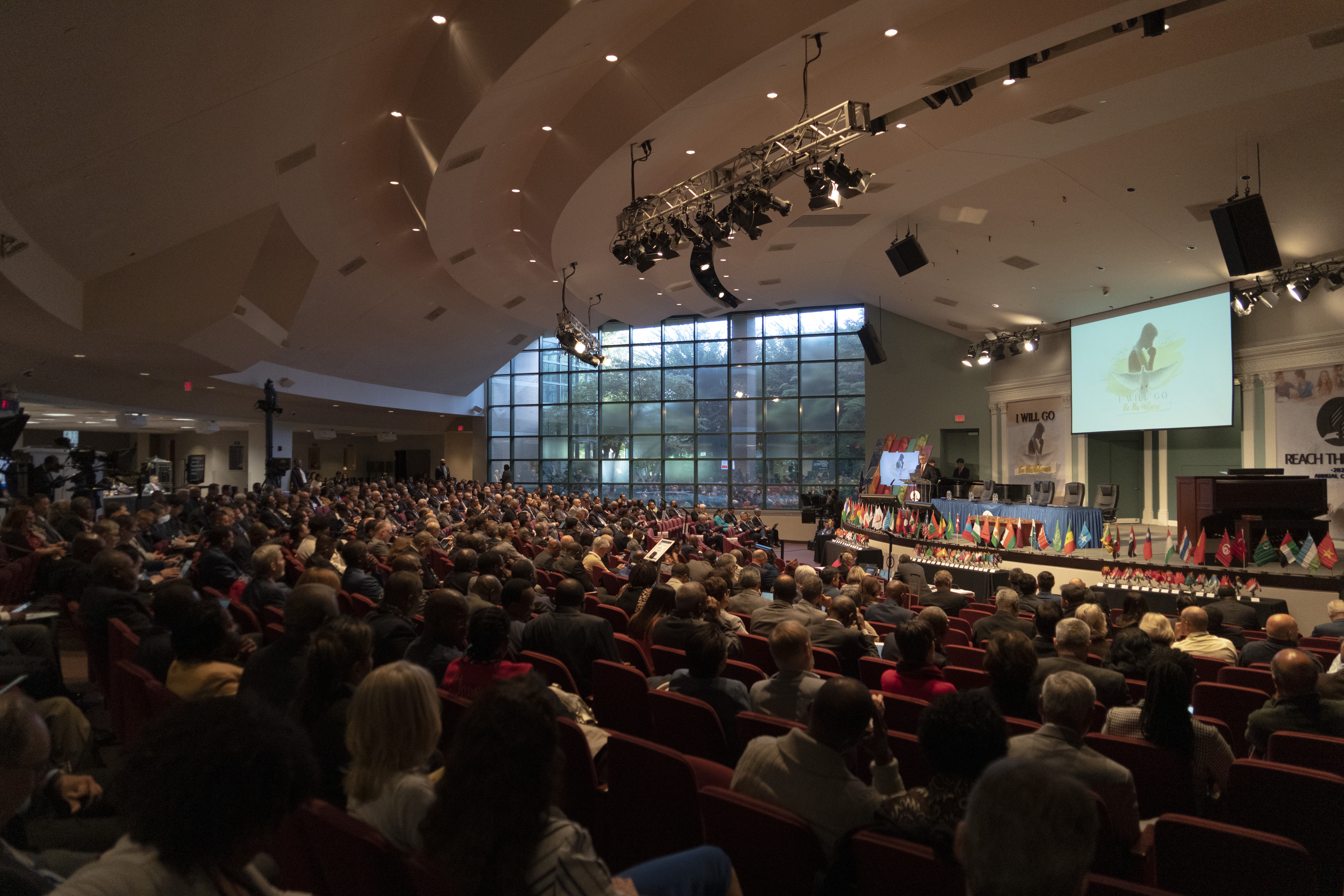 “Dear delegates, our main objective is to inspire, train, and challenge you to work in an integrated way to reach the entire world with the three angels’ messages.” The 2022 Leadership, Education, and Development (LEAD) Conference opened with a powerful appeal by Erton Köhler, executive secretary of the General Conference, for church leaders everywhere to take action and reprioritize their resources, shift their focus, and commit to working among areas and people groups that have yet to hear the gospel message of salvation.

The October 6 morning presentations at the Seventh-day Adventist Church headquarters in Silver Spring, Maryland, United States, marked the beginning of the Annual Council, the annual business meeting of the Executive Committee of the General Conference. More than 340 delegates are meeting in person for a week to listen to reports, discuss plans, and vote appointments and initiatives. Annual Council is the Adventist Church’s most important business meeting, after the quinquennial General Conference Session.

Two-thirds of the world’s population, representing 69 nations, 5.3 billion people, 8,868 people groups, and 3,343 languages, are 95 percent unreached. These staggering statistics were the basis of a presentation by Rick McEdward, president of the Middle East and North Africa Union (MENA). In his morning devotional message, McEdward challenged world church leaders to reexamine their commitment to partner with God to reach “every nation, tribe, tongue, and people” (Rev. 14:6).

In his message titled, “The Great Reversal,” McEdward emphasized God’s longing for His people to be His witnesses and “declare His glory among the nations” (1 Chron. 16:24) as they call people everywhere to respond to God’s great love. During this final time in Earth’s history, McEdward pleaded with leaders to “focus our mission where the mission is not yet.” He quoted Adventist Church cofounder Ellen G. White, who in 1900 wrote, “I appeal to all who believe the truth, to all who can assist us in any line. Give us your help to advance the work just now … You know something of what has already been accomplished in the different lines of our work. We have moved out by faith and have made large advancement, because we saw what needed to be done, what God was calling upon us to do, and we dared not hesitate. But we have not done the half of that which should be done. We are not yet on vantage ground. There is a great work before us. All about us are souls longing for light and truth, and how are they to be reached?” (Australasian Union Conference Record, January 1, 1900).

As Executive Committee members recommit to reaching the unreached, the challenges of reaching people of different cultures, beliefs, and contexts must be carefully considered, Adventist leaders said. Two of the major challenges facing the church today are secularism and post-Christianity. These two ideologies are revolutionizing our society and the world we live in.

Kleber D. Gonçalves, director of the Global Mission Center for the Secular and Post-Christian Mission of the General Conference, said that 1.1 billion people, or one in every seven people in the world, self-identify as atheists, postmodernists, or post-Christians, and currently make up the third largest “religious” group. He also said that in the past 15 years, Christianity has increased by 1 percent per year, and the group of those identifying as nonreligious has increased at a similar rate. “The younger generation, those aged 16-25, are the least religious of all,” Gonçalves said, and added, “In most of the western world, more than 50 percent of young people say they don’t believe in religion.”

This increase in post-Christianity, postmodernism, and secularism has led to increased distrust of religious institutions, a belief in relativism, and the elevation of the importance of personal choice, Gonçalves said.

But even though there are challenges, he said, “all is not lost, and opportunities abound. As Seventh-day Adventists, we have the privilege of reaching people through our health message. In today’s world, where disease and sickness are prevalent, people everywhere are looking for ways to improve their health and we have the unique opportunity to share the message of health God has given us. Our special message on the Sabbath is also a welcome invitation in today’s busy society—to rest and focus instead on family values, community, and God,” he said.

Gonçalves concluded his presentation by encouraging attendees to commit to being the ones used by God to share the hope He has promised, not only for the future but also for the present.

One Message, Many Approaches

In consideration of reaching the unreached and those outside of our own cultural context, coach, consultant, and writer Jaimie Eckert took to the stage to highlight the importance of customizing our evangelistic efforts to reach people of different cultures and beliefs. However, she cautioned against forgetting to meet people where they are or shying away from sharing the Adventist message in its entirety. Eckert detailed a practical “Missional Scaffolding” plan consisting of three steps for missional optimization.

The first, she said, is “to identify the group in the territory you are trying to reach and believe that you can reach them.” The second is to “prayerfully study their beliefs and objections to Christianity.” And the third is to “begin to build a scaffolding approach that encompasses the entire gospel message,” she said.

Eckert assured church leaders that they would indeed be following in the footsteps of Jesus, who Himself met people where they were and was sensitive to their different beliefs as He sought to break down the barriers that hindered them from receiving His message.

The work before us is great, Adventist leaders said, but as church leaders and members unite with the Holy Spirit we can move forward in fulfilling the Great Commission entrusted to us by God Himself.

This was proved over and over throughout the first LEAD Conference meeting of this year’s Annual Council, as many divisions shared how they are stepping out in faith, putting innovative plans into action, and reaching the unreached. In addition, attendees said they were inspired by mission stories of early pioneers who made immense sacrifices and truly committed their lives to take the gospel message to the “uttermost parts of the earth.”

After the morning presentations, Hensley Moorooven, undersecretary of the General Conference, asked officers to gather with their respective division representatives and take time to think, plan, and come up with concrete strategies and ideas to determine how they can use their “knees, hands, and pockets” to support their local churches. He powerfully appealed to them, saying, “It is not time for business as usual but for mission UNusual.”

At the end of the morning program, Erton Köhler called attendees to invest in the people of an unreached country through prayer, action, or finances. Adventist leaders were called to commit and give their all to the mission, to become contributors and not just receivers, to be bold and partner with God in leading His end-time mission, and to claim the power of the Holy Spirit as they step out in faith and say, “I Will Go.”

Letters
Inbox
A Path to Trusting God | The Junk Collector | Turning the World Right Side Up | From a Longtime Reader | Wrestling With Prayer
News
An Exhibit Hall that Inspired, Equipped Attendees for Mission
North American Division Adventist Ministries Convention had something for everyone.