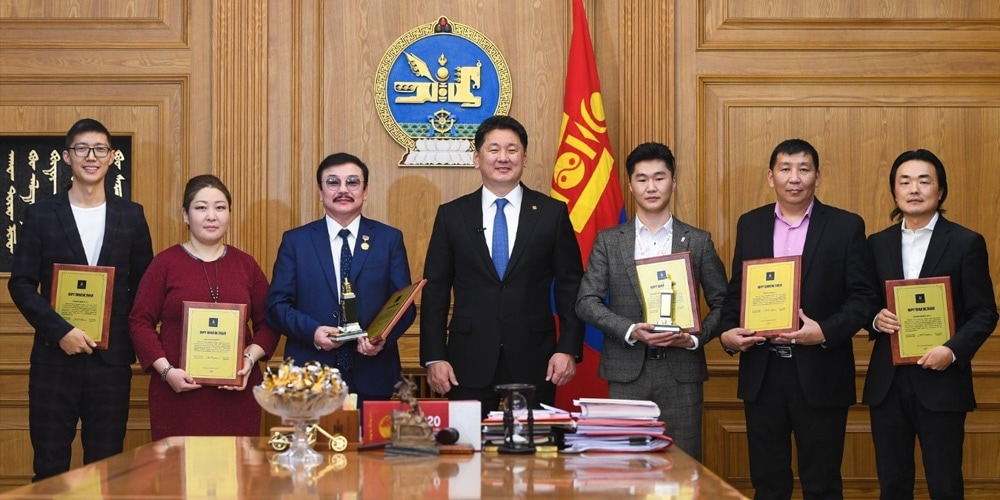 By: Mongolia Mission, and Adventist Review

A Seventh-day Adventist radio station in Mongolia recently won the National Best Children Content for Radio contest, hosted by the prime minister of Mongolia, Ukhnaagiin Khurelsukh. The competition, which took place in February 2020, was open to all local television and radio networks and sought to reward the best works illustrating national heritage and history.

Khemnel Radio, a station managed by the Mongolia Mission of Seventh-day Adventists and supported by Adventist World Radio (AWR), decided to take part in the contest and submitted their works in great faith, according to station director Munkhbileg Tserenchimed.

“[We feel that] God allowed us to be part of the contest, and we managed to submit our programs in a short time,” he said. “My team and I feel happy to popularize the Khemnel radio in national media outlets.”

Tserenchimed shared that out of the more than 10 radio shows submitted, the Adventist radio station children’s program was chosen as the winner and received 10 million tughriks (about US$3,600).

The children’s program seeks to promote Mongolian history and heritage. At the same time, it strives to model character by teaching integrity and educating Mongolian children, according to Tserenchimed.

“It consists of three main parts, where the first one involves reading a story and studying it while talking with the children who are listening to it,” he explained. “The second section covers topics related to human values such as respect, love, forgiveness, and fixing one’s wrongdoings, among others. Lastly, the third part offers health tips for growing and developing as a healthy human being,” he added.

For Tserenchimed, the method is indirect evangelistic outreach.

“We do not preach the gospel right away. But we do guide our young citizens towards our heavenly Father through stories and working on our characters. We see this program as a way to influence adults through their children.”

Khemnel Radio was established in June 2019 under the motto, "From the right music rhythm to the right rhythm of life.” It currently has three full-time staff members and five volunteers. The station was established by supporters of AWR.

Tserenchimed said that his team spent half a year preparing broadcasts related to health, education, family, and children and youth. He said that they first started broadcasting in the capital city of Ulaanbaatar, Mongolia, in September 2019.

“Now we have achieved quite some audience,” he said.

Tserenchimed said that he and his team are very excited about the future.

“Through children, we have the opportunity to correct personality traits that are missing in adults,” he emphasized. “Because we know that, as Jesus said in Matthew 19:14, ‘of such [children] is the kingdom of heaven.’”