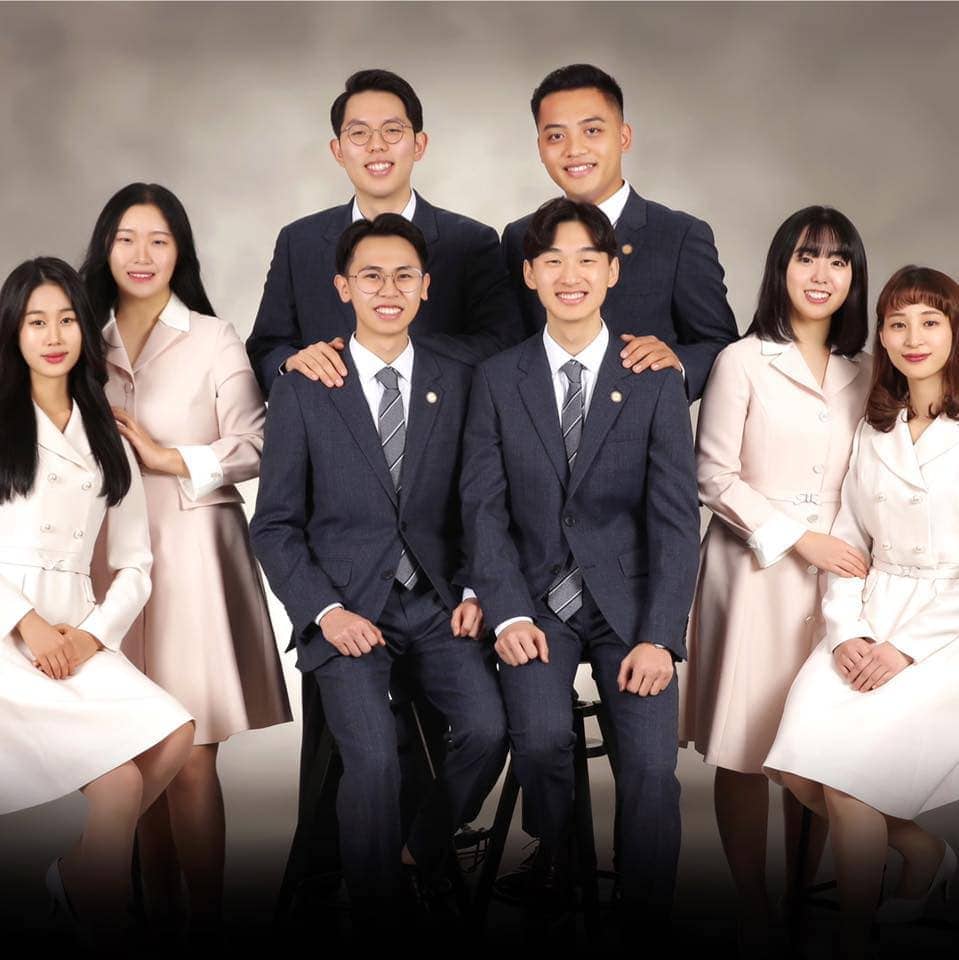 In February 2020, the singing missionaries of the Golden Angels 17th group had completed a two-month intensive spiritual, physical, and musical training. They were ready to follow a schedule packed with mission work. Then came COVID-19.

Because of the coronavirus, the South Korea-based Adventist music group had to cancel the mission trips they had planned.

“We canceled plans to travel to Hong Kong, Taiwan, and Japan as we waited for the spread to slow down,” said group member Weijie Kao. By the end of March, the group members realized that the situation would seriously affect plans for the entire year, so they decided to begin something different.

“Our biggest dilemma occurred when countries closed borders and imposed lockdowns, which meant we could not travel inside and out to any country,” Kao said. “But when it seemed like everything was ruined, God led us to another path.”

Kao shared how the group switched their focus entirely to media ministry.

“The problem was, none of us were very good at media work,” he said. “We started to read books to learn. We studied video editing, and we watched a lot of YouTube videos to look for the right style and concept we needed to apply. We also borrowed some filming equipment from the Media Center of the Northern Asia-Pacific Division [of the Seventh-day Adventist Church].”

According to Kao, the process of planning and shooting was the most challenging part, as the Golden Angels tried to deliver what he called “youthful, energetic, dynamic, fun and, of course, presentable shows.” “It took us a lot of time to plan and shoot the videos,” he said.

On weekdays, after a morning routine that included Bible study and discipleship training, the group discussed videos on various topics related to the Golden Angels’ experience. The topics selected included an introduction to Golden Angels 17, the daily lives of Golden Angels, interviews with Golden Angels former members, a history of the Golden Angels, and others. Then they studied how to shoot the video. Also, they chose songs. The process of filming one video clip usually took them three full days.

After the shoot, the group worked on post-production, Kao said.

“The footage was handed over to other members for editing and sound editing,” he said. “Others worked on translation and subtitles in English, Chinese, and Japanese, so that people in other countries could enjoy the videos. Finally, the video was uploaded to the Golden Angels YouTube channel on Sabbath [Saturday], with the title of ‘Golden Angels Room Concert.’”

Over the next month, from April to May, the group saw the number of subscribers rising and received positive responses. And since then, more and more viewers are watching the Golden Angels videos. Kao also shared their videos with the churches they had originally planned to visit.

Kao thinks that as they tried to find a new way of doing music ministry, group members were able to see God’s leading hand.

“Media was not our strength, but under God’s leadership, we were able to complete what we planned, and the outcome was even more than what we expected,” Kao said. “It is obvious that the gospel can spread fast into many people’s hearts through online media.”

Kao said that they don’t know where to go from here, even though the group is confident God will prepare and open a way.

“We can’t see and meet the people who watch our videos, but we believe that God is preparing them [to accept His message],” Kao said. “It is by God’s grace that our media ministry allows us to reach many people whom we could not reach in our traditional way of ministry.”

Reaching others for Jesus is a commitment that is beyond any lockdown, according to Kao.

“Spreading the gospel is our duty, and we continue to work to fulfill our duty in any possible way,” he said.